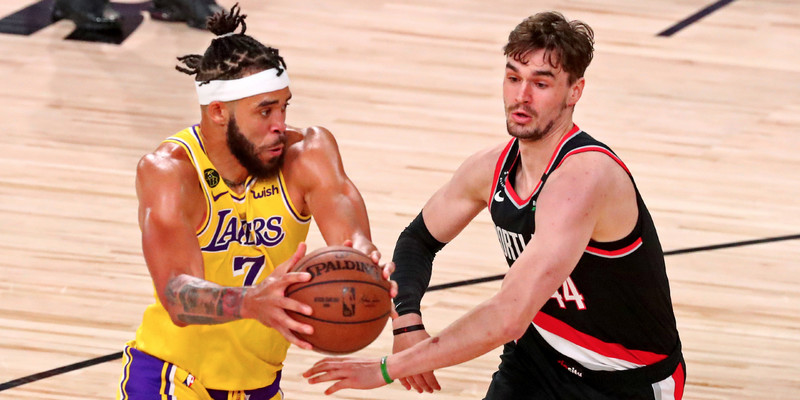 The Los Angeles Lakers lost two members of their rotation to injuries in Sunday's Game 2 of the Western Conference semifinals as JaVale McGee (left ankle pain) and Dion Waiters (pulled left groin) exited early and did not return.

Lakers coach Frank Vogel said after the game that McGee would undergo an MRI on his ankle.

ANALYSIS: The Los Angeles Lakers evened the series at 1-1 after a Game 2 victory over the Houston Rockets Sunday evening. With LeBron James and Anthony Davis leading the way, the Lakers built a lead early and were able to hold on late against the small-ball Rockets.

This victory came at the expense of losing two members of their rotation in Javale McGee (ankle pain) and Dion Waiters (pulled groin). Their status is uncertain mvoing forward, but McGee will undergo an MRI on his ankle for further evaluation.

McGee was averaging 5.7 points and 5.2 rebounds per game in the 2020 playoffs. Waiters has seen limited time on the court with the Lakers this postseason and his status is up in the air for Tuesday's Game 3.