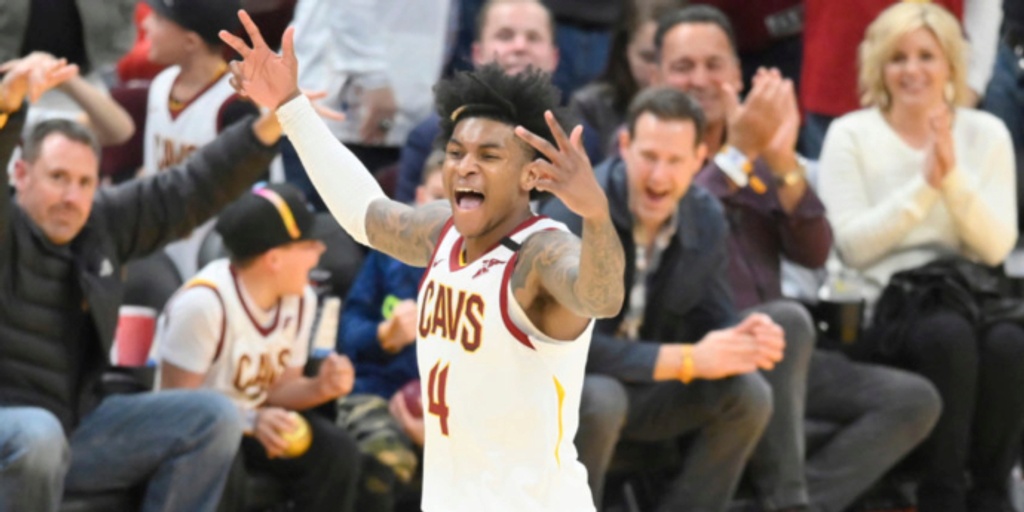 The Cleveland Cavaliers are trading talented swingman Kevin Porter Jr. to the Houston Rockets in exchange for a future second-round pick, a source close to the team confirmed to BasketballNews.com. The future second-round pick from Houston is top-55-protected and it will likely never convey, reports ESPN's Tim MacMahon. Talks of the deal were first reported by Shams Charania of The Athletic and the full details of the trade were reported by ESPN’s Adrian Wojnarowski.

Houston will absorb Porter’s salary into a traded player exception, while Cleveland will create an open roster spot. As BasketballNews.com detailed earlier this week, the Cavs wanted to move on quickly from Porter following an outburst in the locker room last Friday after a troubling offseason. Cleveland general manager Koby Altman announced the deal was official on Friday afternoon.

“After careful and thoughtful evaluation, we made the very difficult and collective decision to make this trade,” Altman said in a team statement. “Given the culture and environment we have worked to cultivate here in Cleveland, we feel this move is in everyone’s best interest. Kevin has a bright career ahead of him as a professional basketball player and, at his core, is a good person. We wish Kevin and his family well in Houston.”

The Rockets have nothing to lose by completing this deal, essentially acquiring the No. 30 pick of the 2019 NBA Draft for little return. It’s a low-risk, high-reward move that makes sense to gamble on, especially since the sting of the James Harden fiasco is still fresh.

Porter has to figure things out off the court and prioritize his mental health above all else, and Wojnarowski says that, to help him, the Rockets will lean on assistant coach John Lucas, who has a history of working with players in need a guiding hand. If the talented 20-year-old can do that in a brand new environment -- and sometimes a change of scenery does wonders for a player -- then Houston will have itself a player with a ton of potential.

In the 50 games that Porter spent with Cleveland, he averaged 15.4 points, 5.0 rebounds, 3.4 assists and 1.4 steals per 36 minutes. Rockets fans will remember him going toe-to-toe with Harden in a wild showdown on Dec. 11, 2019. Everybody got to see what happens when Porter gets the hot hand; he is anything but easy to slow down. He finished that game with 24 points (on 9-15 shooting from the field and 6-9 from three-point range) to go along with 3 assists, 3 steals and 2 rebounds.

Asked Kevin Porter Jr. about the embrace with his friend James Harden after the breakout game. He talked about guarding Beard's stepback and how the #Cavs rookie would like to add that to his arsenal. pic.twitter.com/aXLPUrilvk

Or maybe fans will remember the double-digit comeback that Porter led at Rocket Mortgage FieldHouse over the eventual Eastern Conference-champion Miami Heat on Feb. 24, 2020. Two nights after getting drubbed in South Beach, the young swingman delivered a career night -- 30 points, 8 rebounds, 3 assists and 3 steals in what was arguably the most memorable moment of his season.

Perhaps the most dangerous weapon Porter has in his arsenal is his vision as a secondary playmaker. When “Scoot” drives into the paint, he has an innate ability to find the cutters (he had some really nice bounce passes in tight windows) or dish back to the top. His footwork is impeccable, as is his change-of-pace with the ball in his hands. When off the ball, he does an excellent job of catching defenses asleep and darts to the paint. That all goes without mentioning that he was the Cavs’ best perimeter defender last season, taking on the opposing team's best players when called upon.

In addition to all that, Porter is one heck of an athlete. He had a number of highlight-reel jams last year. He also plays with plenty of emotion, which electrifies his teammates and fans alike, but it can also be a negative at times. Porter was suspended for a game on Nov. 4, 2019 for improper contact with an official, and he had a span from Feb. 21 to Feb. 24 where he racked up three of his four total technical fouls on the season (including one that resulted in an ejection).

However, with all that said, the sky is the limit for Porter as far as his skill set goes. If the Rockets can make him understand the importance of the decisions he makes, maybe he can get on the right track and back onto the floor. Let’s hope that Porter takes this new opportunity and runs with it, because nobody wants to see it squandered.