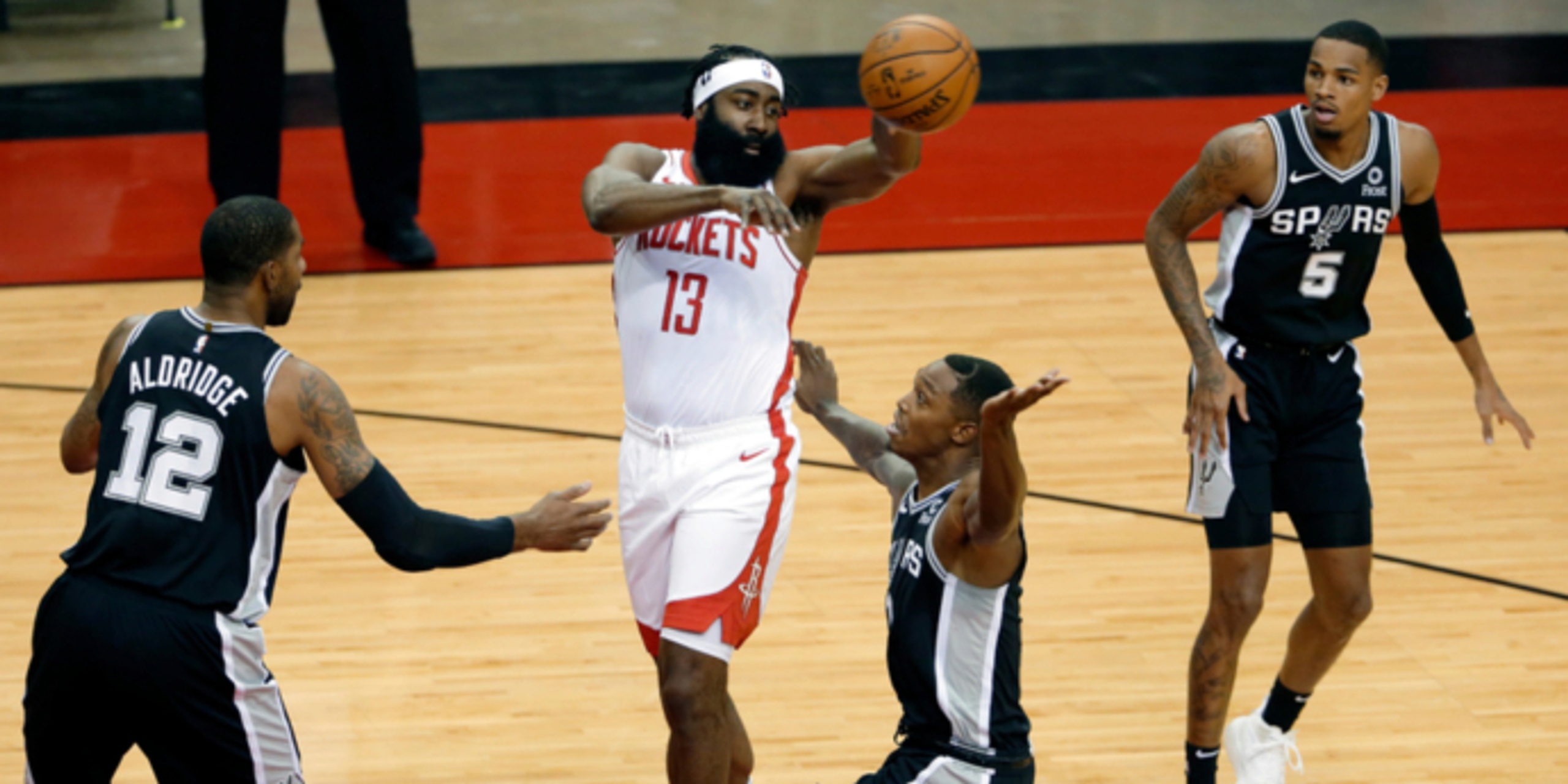 After a month-and-a-half of uncertainty surrounding his status, James Harden finally made his 2020-21 preseason debut with the Houston Rockets on Tuesday night against the San Antonio Spurs.

Harden notched 12 points to go along with four assists and three rebounds in 21 minutes of floor time.

In his first action under new Rockets head coach Stephen Silas, the former NBA MVP looked just like his usual self on the floor. Harden and John Wall seemed to have a good rapport from the opening tip, alternating possessions with the ball in their hands. Albeit a bit off with a 3-for-10 night from the field, the Beard did his usual work -- stepback threes, getting into the lane and finishing, deflections, drive-and-kicks (one textbook hockey assist that led to a wide-open P.J. Tucker corner three) and a pair of beautiful finds in transition, including a perfect outlet to a slamming Danuel House.

Harden took a liking to DeMarcus Cousins right away, finding the big man on the elbow a couple of times while knifing inside. With Silas experimenting in regards to rotations, Harden and Wall were staggered to run their own respective units at the point. (That should obviously be a huge luxury for the team, by the way.) Unfortunately, we didn't get the opportunity to see Harden play with his new lob target, Christian Wood, since Houston's new big man has been dealing with a left elbow injury.

It was only a short time ago that we were wondering about Harden's whereabouts at the start of Rockets training camp, and whether or not he'd wear that uniform again following reports of his unhappiness with the franchise. He's there now, and his participation in this game should be somewhat of an encouraging sign for the organization; time will only tell.

But for a brief moment tonight, maybe Houston fans breathed a small sigh of relief.