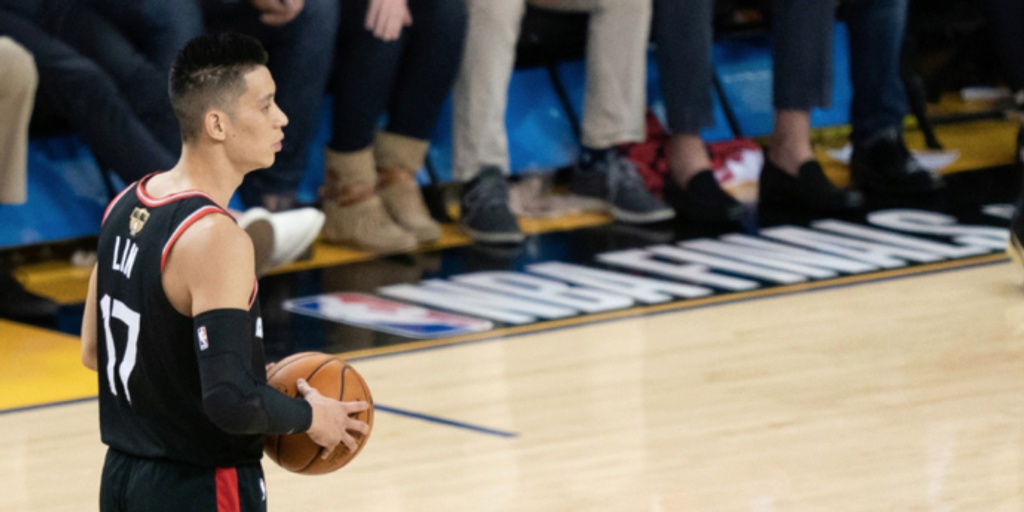 Jeremy Lin has practiced with the NBA G League's Ignite squad and played earlier today in a scrimmage against G League veterans as he continues to push for an NBA comeback. Lin has been wearing No. 3, according to the league, but not as an official member of the Ignite roster, reports Marc Stein of The New York Times.

Lin is hoping to make an NBA comeback. Last season, the 32-year-old guard out of Harvard averaged 22.3 points, 5.6 assists and 5.7 rebounds per game for the Beijing Ducks.

Lin had spent nine years in the NBA before playing overseas last season. Lin said he felt like he was pushed away from the NBA following the 2018-19 season, which was also the year that Jeremy captured his first and only championship with the Toronto Raptors. Lin was acquired in a midseason trade from the Atlanta Hawks that year and appeared in just 23 games for Toronto. As the playoffs began, Raptors head coach Nick Nurse shortened his rotation and Lin found himself on the outside looking in during Toronto's championship run.

Lin's NBA career has featured a lot of ups and downs and in an interview last year, he said he felt like he had hit rock bottom. From going undrafted to being the talk of the league in the NBA's biggest market to once again struggling to make a roster, Lin's career has been anything but normal. As Jeremy struggled to generate any NBA interest last offseason, Lin said in an emotional press conference that he felt like the NBA had given up on him.

When Lin started his uncanny streak of brilliant games with the New York Knicks (AKA 'Linsanity'), nobody should have expected him to maintain that level of play throughout his NBA career. The truth is that the expectations laid upon Lin in such a short time were unrealistic and unfair.

Following Lin's stint in New York, he was awarded a three-year, $25 million contract with the Houston Rockets (which at the time was sizable money for a guy that was relatively unproven). Lin took over starting point guard duties in his first season with Houston and he had a pretty solid year, playing in all 82 games and averaging 13.4 points, 6.1 assists and 3.0 rebounds per game. But these numbers were largely overlooked or criticized since he didn't duplicate his Linsanity-level production.

The truth is Lin is a solid backup guard at this stage in his career and there is no reason why he should not be on an NBA roster. No, he’s not going to give you 22 points and 9 assists a night (as he did during his breakout month with the Knicks), but he’s showed there’s still something left in the tank.

Lin is hoping to get another chance in the NBA this coming season and if he is ultimately given an opportunity, it is likely that he would end up on a contending team, as our own Alex Kennedy reported during free agency.

It's time we start accepting Jeremy Lin for who he is.