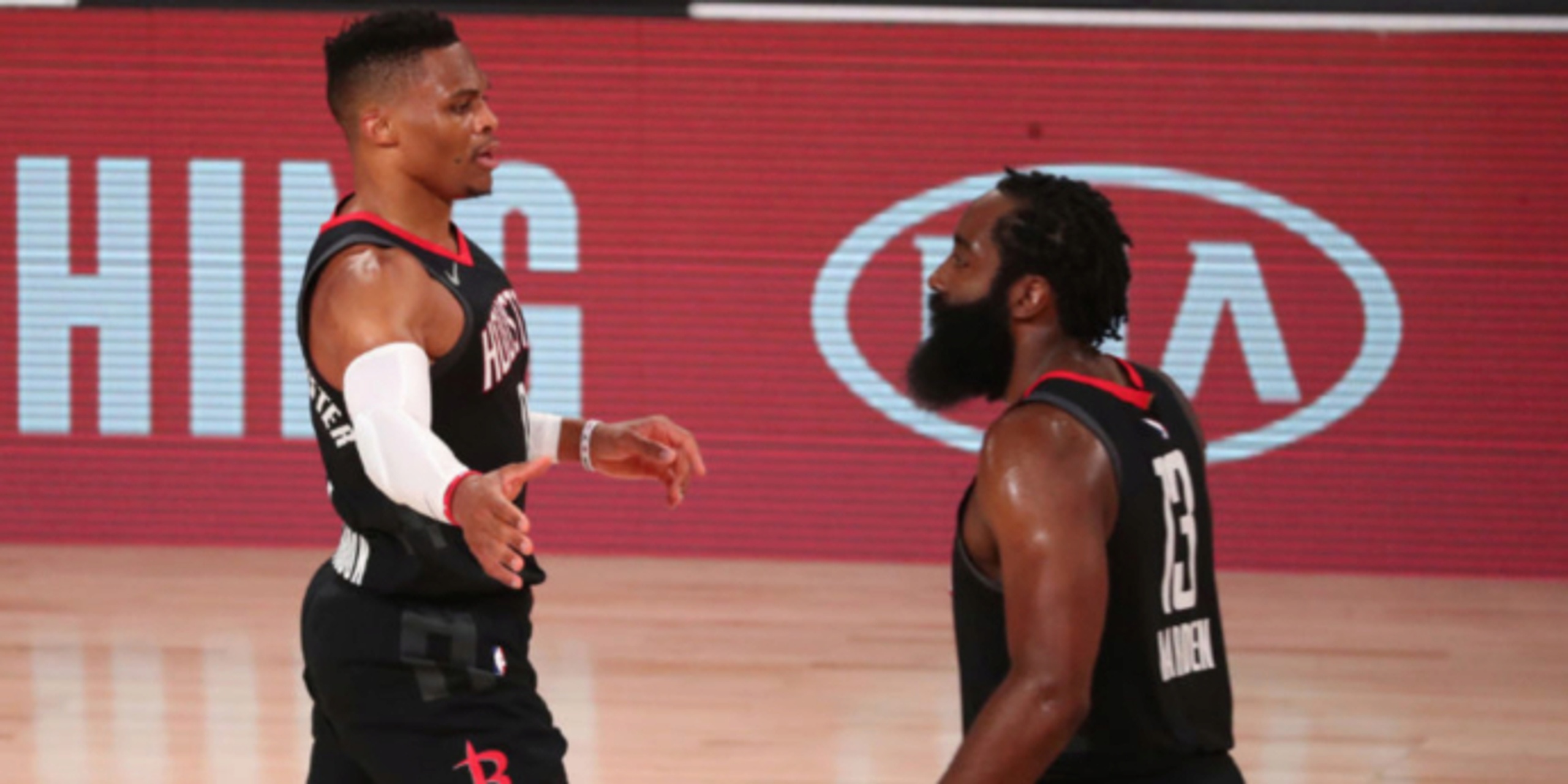 On this week's episode of BasketballNews.com's "The Posecast," James Posey was joined by guests Kendrick Perkins, Antoine Walker and Etan Thomas to share their thoughts on the Brooklyn Nets acquiring eight-time All-Star and former MVP James Harden.

Perkins, an analyst for ESPN, brought to light one of the reasons why Westbrook demanded a trade from the Houston Rockets this past offseason:

"A lot of people don't know this, but this is why Russ wanted to bounce," Perkins said. "The Rockets didn't want to trade Russ, he requested a trade because of all things that were transpiring last year. Say they would play on a Saturday and they don't play again until Thursday [If they had some days off], James was on a private [jet] to Cabo! On Tilman Fertitta's private [jet] at that! And Russ like, ‘Hold on, I ain’t come here for all this shit.' Russ is coming from Oklahoma City, and Oklahoma City is... [about] the culture and getting your work in and no shortcuts. Russ is sitting there saying, 'Hold on, James, what you doing? I ain't with all of this partying... I came to the H because we're supposed to be on the title chase.'"

Here is the clip below:

"[If they had some days off], James was on a private [jet] to Cabo! On Tilman Fertitta's private [jet] at that! Russ is like... 'I ain't with all the partying.'"