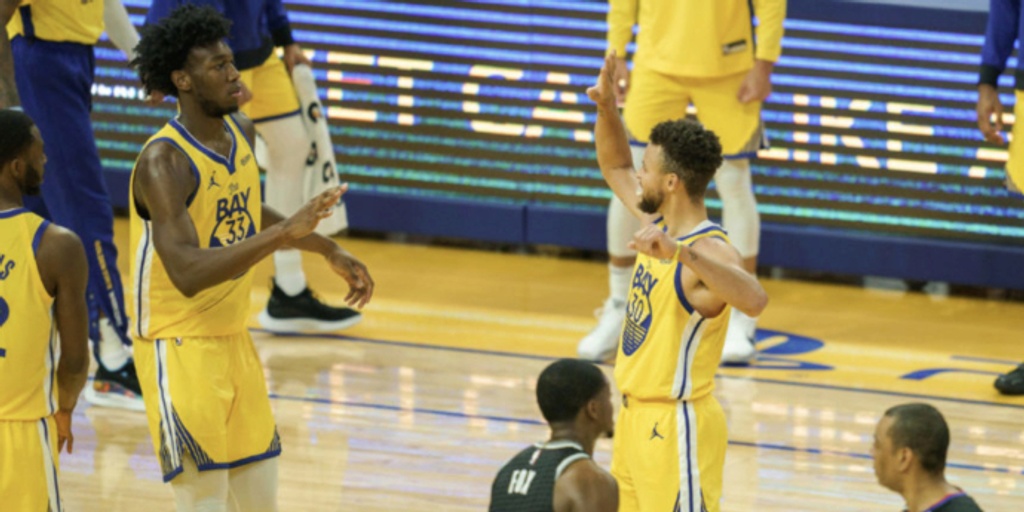 Curry expected to play vs. Knicks, Wiseman and Looney 'questionable'

Steph Curry, who was a late scratch in Saturday night's loss to the Charlotte Hornets because of an illness, appears to be on the right track to suit up for the Warriors tomorrow night in New York. Curry participated fully in practice today and is expected to play against the Knicks, according to head coach Steve Kerr.

Curry currently has the Warriors in the playoff picture and has been having an MVP type season for Golden State, averaging 29.9 points, 6.2 assists and 5.4 rebounds per game. Curry could be getting some help Tuesday night against the Knicks though, as Kerr expressed optimism that James Wiseman (wrist) and Kevon Looney (ankle) could both return for tomorrow's matchup. But an official update on their status won't be given until tomorrow, Kerr said.

The Warriors and Knicks will tip-off Tuesday at 7:30 PM ET.