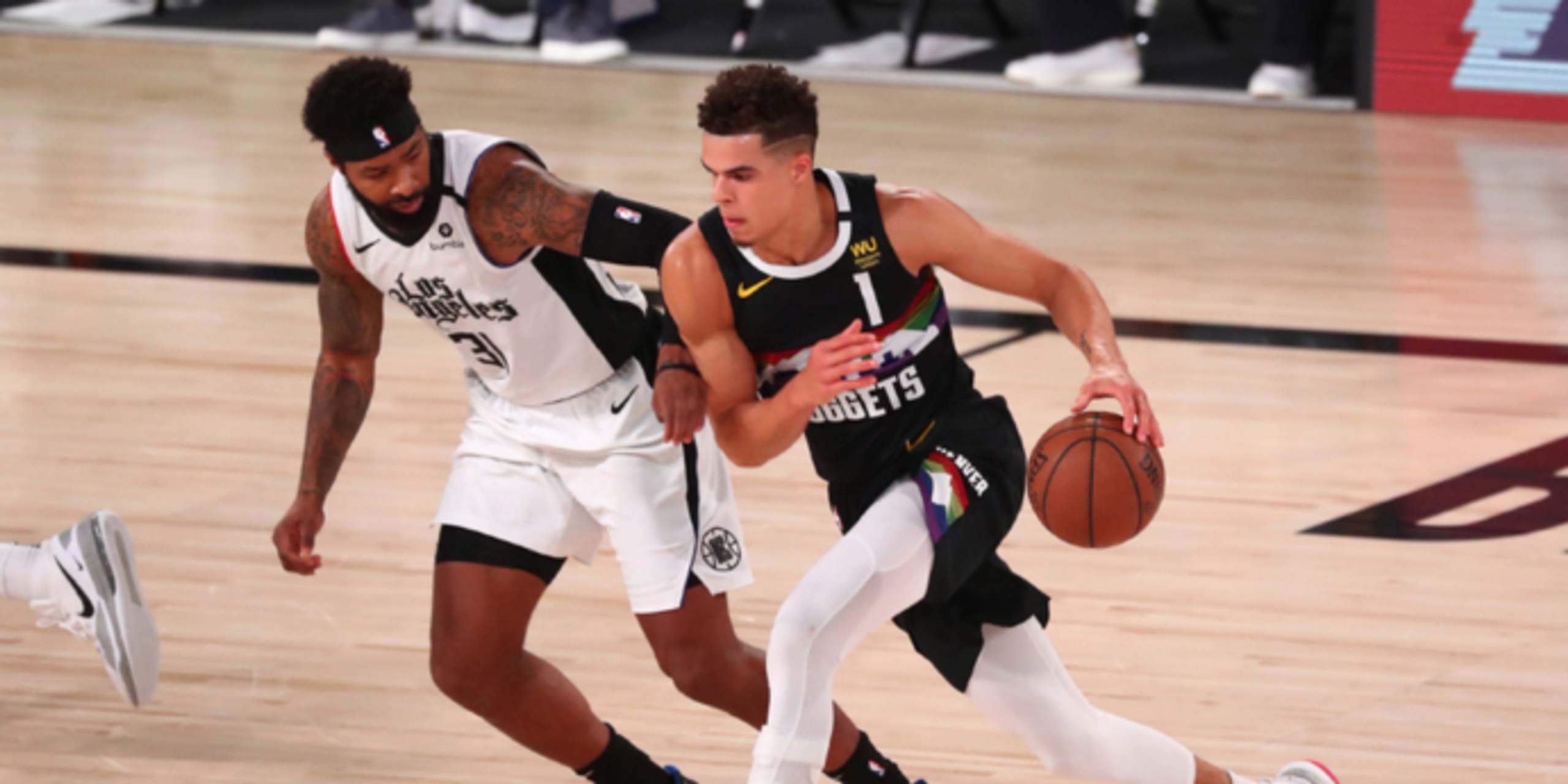 The Denver Nuggets are as tempting a trade partner as almost any team in the league.

The most tantalizing “win-now” move for the Nuggets would be to acquire 27-year-old Washington shooting guard Bradley Beal. The league’s No. 2 scorer behind James Harden, Beal represents arguably the juiciest trade chip across the league. But there are several obstacles to Beal landing in Denver.

From Denver’s perspective, trading for Beal means including rookie Michael Porter Jr. That’s a non-starter for the Nuggets, who are highly unlikely to part with Porter unless they get a superstar in return, according to a league source.

ANALYSIS: Although adding a Bradley Beal or Victor Oladipo would certainly help the Nuggets chances of reaching the Finals, Denver's front office is not willing to part ways with their rising star, Michael Porter Jr. Porter Jr. sat out his rookie season with a back injury, but had a coming out party when the NBA resumed it's season in Orlando this year, and was named to the Second All-NBA Seeding Games Team.

Porter, who is just 22 years-old, has a very high ceiling as a 6'10'' forward in this league. And for that reason, the Nuggets are resistant to include him in any package that would land them Bradley Beal or Oladipo.