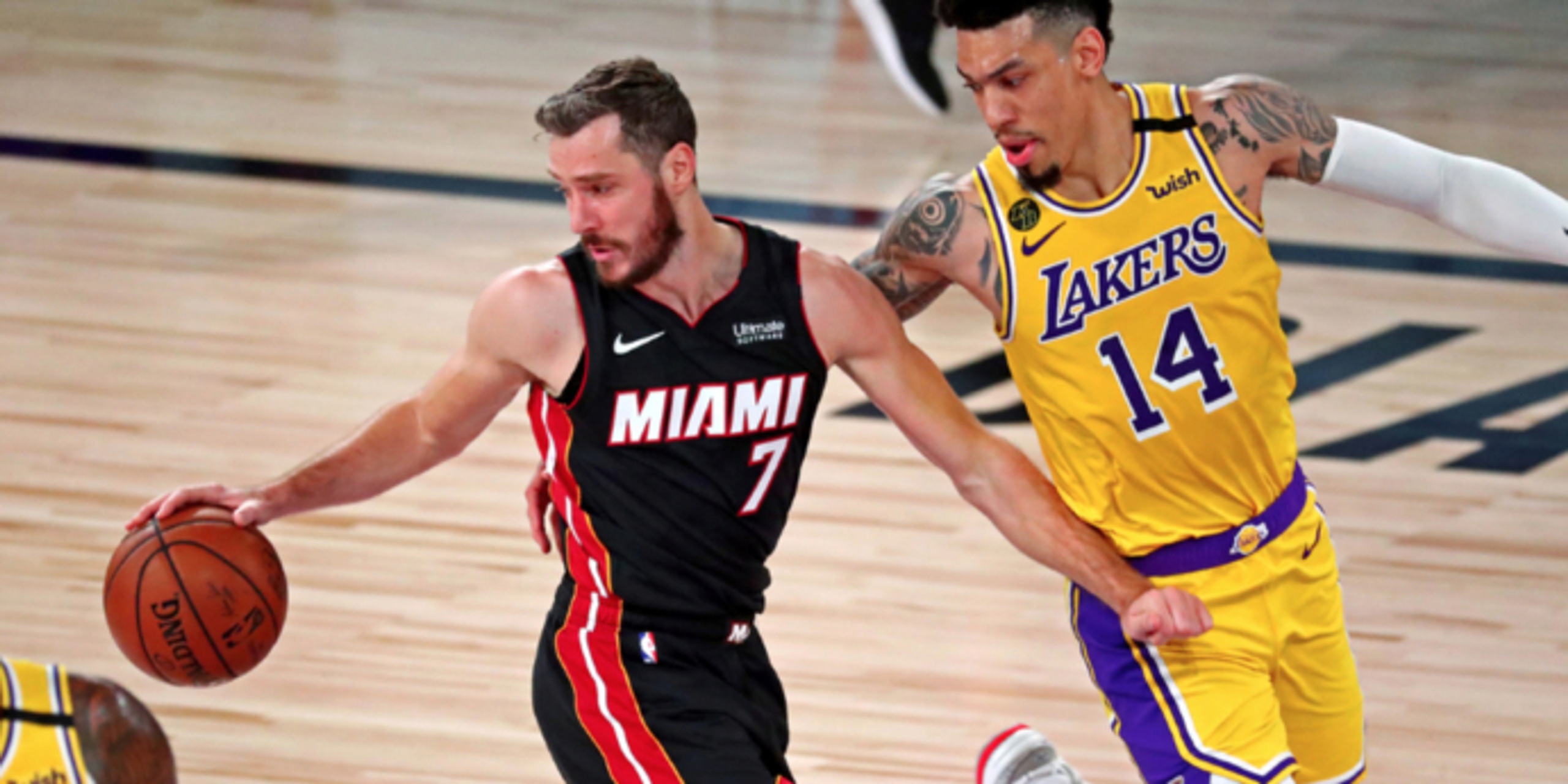 Goran Dragic to return to Heat on two-year deal

Goran Dragic announces that he's back with the Miami Heat. Source tells AP it is a two-year deal, the second year is at the Heat option.

ANALYSIS: Dragic has reportedly agreed to terms on a two-year deal that will keep him in Miami, the deal is worth $37.4M, according to Shams Charania of The Athletic. Dragic put together a nice season with the Heat and was their leading scorer in the playoffs before going down with a foot injury in the Finals.

Goran averaged 16.2 points and 5.1 assists per game in his 6th season with Miami.