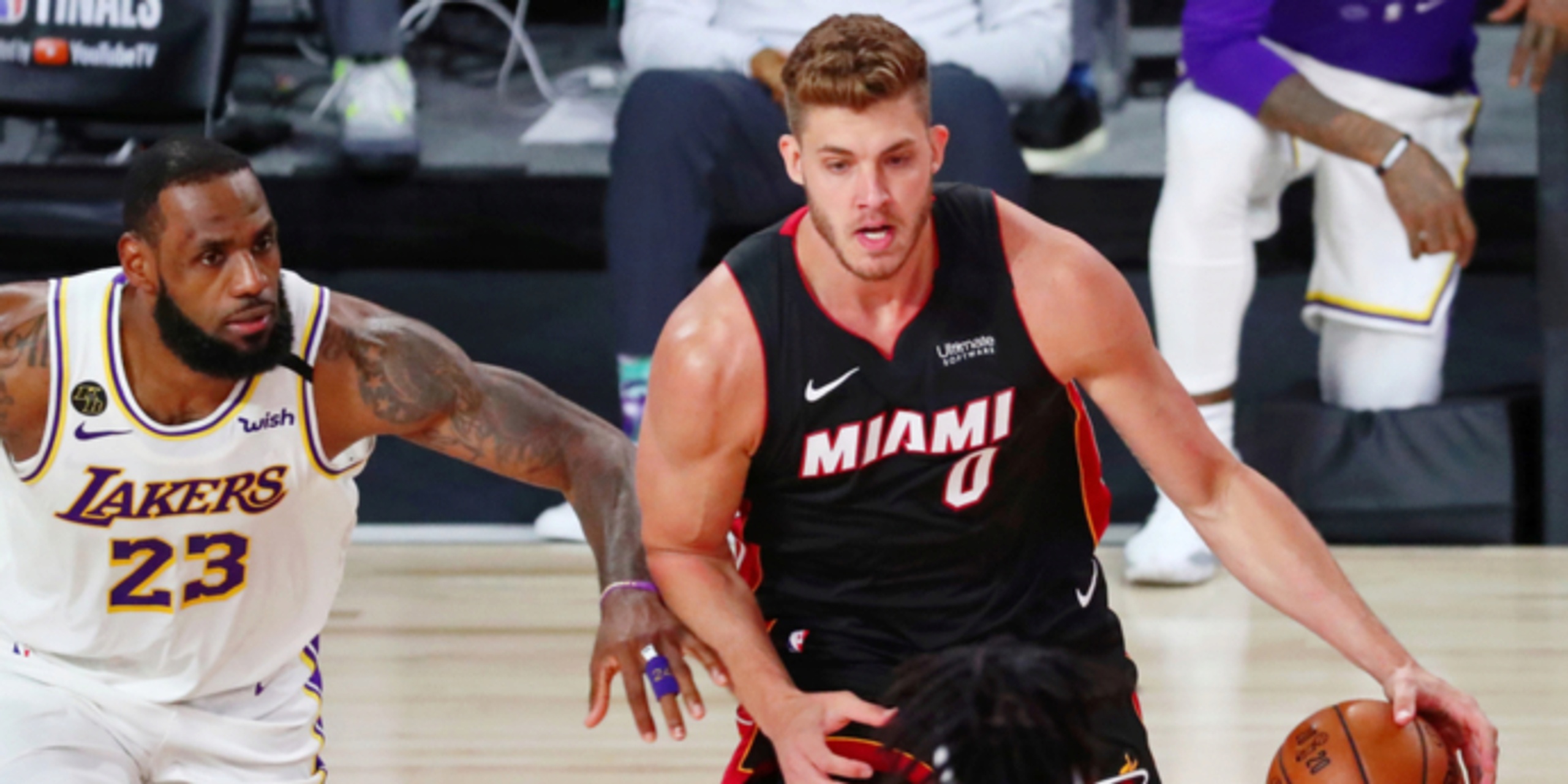 Meyers Leonard intends to re-sign with the Miami Heat via a two-year contract.

ANALYSIS: Adrian Wojnarowski reports that the deal could be worth as much as $20 million in total. Leonard averaged 6.1 points and 5.1 rebounds per game last season with the Heat, shooting a blistering 41.4 percent from beyond the arc. However, the former Illinois big man fell out of the playoff rotation, appearing in only three games for the Eastern Conference champs.