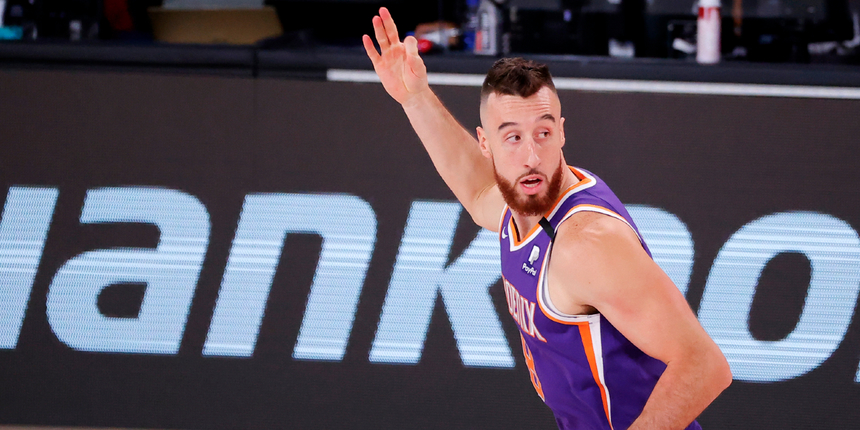 Free agent F/C Frank Kaminsky has agreed to a one-year deal with the Sacramento Kings, his agent tells ESPN.

ANALYSIS: Frank Kaminsky put up 9.7 points, 4.5 rebounds and 1.9 assists per game in his first and only season with the Suns. Kaminsky played a reserve role for Phoenix and figures to do the same in Sacramento next year with the Kings just recently signing Hassan Whiteside.

Kaminsky will stretch the floor for Sacramento as he is a big that can step back and shoot the three ball at a high percentage.