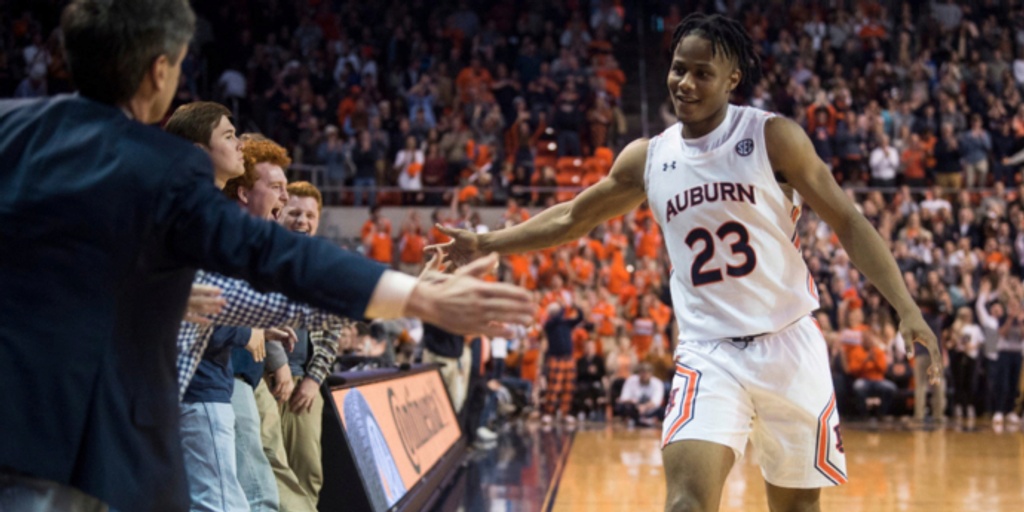 Auburn small forward Isaac Okoro said playing for a defensive-minded coach in Tom Thibodeau would be “a great opportunity,” but doesn’t see himself lasting to the eighth pick in the Nov. 18 NBA Draft.

The Post has reported Okoro is being given strong consideration by the Knicks at No. 8. Okoro, arguably the draft’s top defender, actually believes he can be the top pick.

ANALYSIS: If the Knicks stay at their No. 8 position in the NBA Draft, they may turn to defense first before addressing their woes on offense. With Tom Thibodeau serving as head coach now for New York, it would be very fitting for the Knicks to take a defensive-minded player in the draft. And considering this year's draft isn't packed with offensive standouts, Isaac Okoro would be a safe pick for Tom Thibodeau and the Knicks.

Okoro averaged 12.9 points and 4.4 rebounds per game at Auburn while also recording 25 blocks and 26 steals for the year.