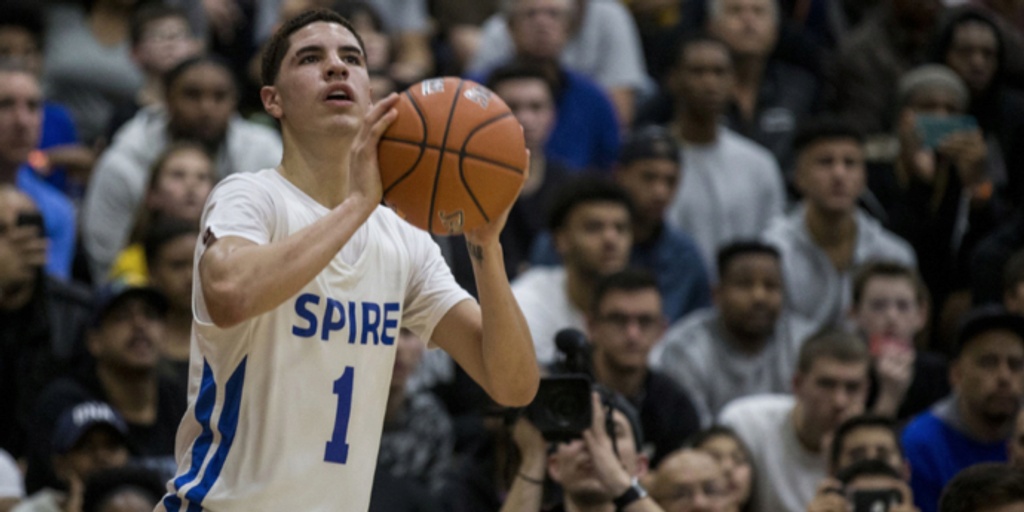 Projected No. 1 pick LaMelo Ball met with the Minnesota Timberwolves, owners of the top selection in the NBA draft, on Tuesday, a source told ESPN.

The meeting, conducted in Southern California, consisted of an interview and did not feature any basketball activity. It was attended by Gersson Rosas, the Timberwolves' president of basketball operations, and head coach Ryan Saunders, the source said.

The NBA relaxed restrictions on in-player evaluations and interviews in mid-October, according to a memo obtained by ESPN, opening the way for teams to meet with prospects in advance of the draft, which is scheduled for Nov. 18.

ANALYSIS: LaMelo Ball has been trying to improve his chances on going number one overall in the draft through interviews with lottery teams. It has been reported though that Ball is underperforming in his draft interviews and workouts according to Jacob Rude of Lonzo Wire. The T-Wolves did not comment on how the interview with LaMelo went, but Jonathan Givony did report that this was strictly a conversation that featured no basketball activity.

Minnesota has been rumored to be shopping around their first overall pick, but they will continue to keep all their options open as the 2020 draft approaches.