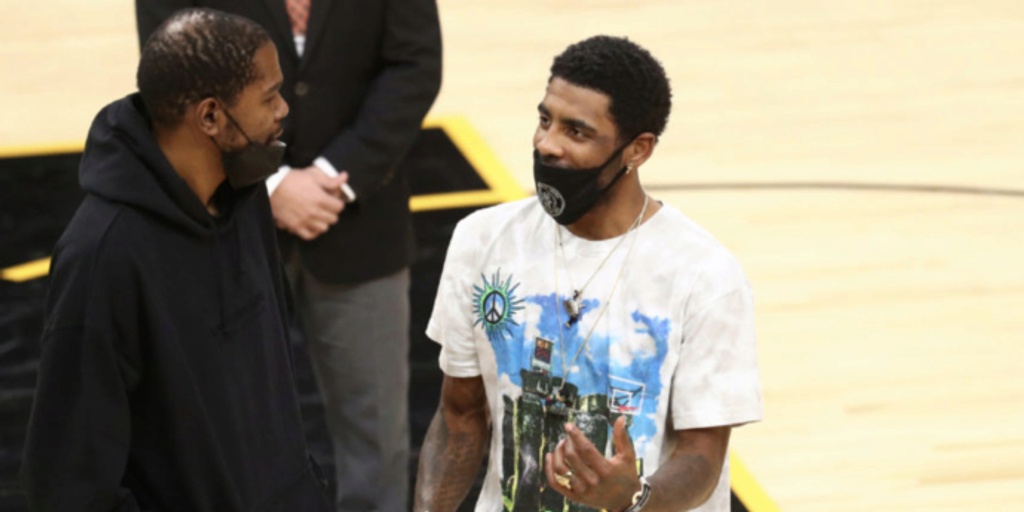 Durant (hamstring) out tomorrow vs. Lakers, Kyrie (back) probable

The Brooklyn Nets announced that All-Star forward Kevin Durant will miss his third straight game tomorrow against the Lakers, due to a left hamstring strain. Durant has missed a number of games this season because of the league's health and safety protocols, and will now remain sidelined with a hamstring injury that he picked up during Saturday's win over Golden State. The injury isn't suspected to be serious though, as the Nets are likely just being cautious with their future Hall-of-Famer, who is coming off an Achilles injury.

Brooklyn also announced that All-Star guard Kyrie Irving has been upgraded to 'probable' for tomorrow's game in LA. Irving was a late scratch in last night's game against Phoenix due to lower back tightness but seems to be trending in the right direction to play tomorrow against his former teammate, LeBron James.

Expect an official word on Kyrie's status closer to tip-off.