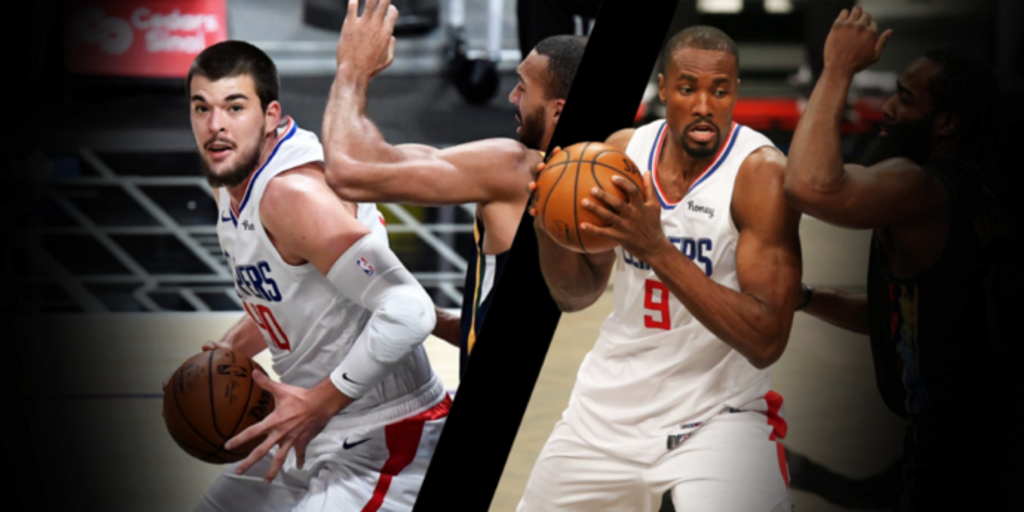 Contrasting skill sets of Ibaka, Zubac are a unique luxury for Clippers

As we hit the midway point of February, the Los Angeles Clippers continue to be one of the hottest teams in the NBA, regardless of who’s been healthy or in the lineup. Despite Paul George’s absence from the team due to a foot injury and Kawhi Leonard dealing with some nagging pains, Tyronn Lue and Co. have won four-straight games following their lone two-game skid of the season, and hold a 21-8 record.

The reemergence of Lou Williams has had a lot to do with it. After all, the three-time Sixth Man award-winner is averaging 19 points and six assists per game in February while cashing in 41.4 percent of his triples in that eight-game stretch. Marcus Morris has been magnificent all season, and in the last three contests, he's produced to the tune of 25 points a night and a scorching 73 percent from distance.

Patrick Beverley’s return to the team, aside from a rest night in Miami, is only making things better. And we’d be remiss not to point out the consistency and importance of Nicolas Batum, who's probably the most important glue guy that the squad can trust on a nightly basis. Lue has always preached “next man up” when adversity hits (even dating back to his days in Cleveland), and his new locker room has responded to that message.

But there’s an element to this Clippers team that often gets lost in the star-studded shuffle, and that’s the consistent play of the big men: Serge Ibaka and Ivica Zubac.

“I think with Serge’s shooting ability to be able to pick-and-pop, to be able to stretch the floor when we play small-small pick-and-roll and kinda keep his man at bay so he can’t help has been huge,” Lue said. “And then Zu, just being a dynamic roller and being a big presence on the inside, being able to finish around the basket and drawing a lot of fouls, because Lou and Kawhi and those guys are hitting him down in the middle of the paint and he’s either getting layups or he’s spraying it out for threes.

“So just having those two different guys to play two different styles of basketball kinda puts teams in a dilemma, and they’ve been good for us so far this year.” 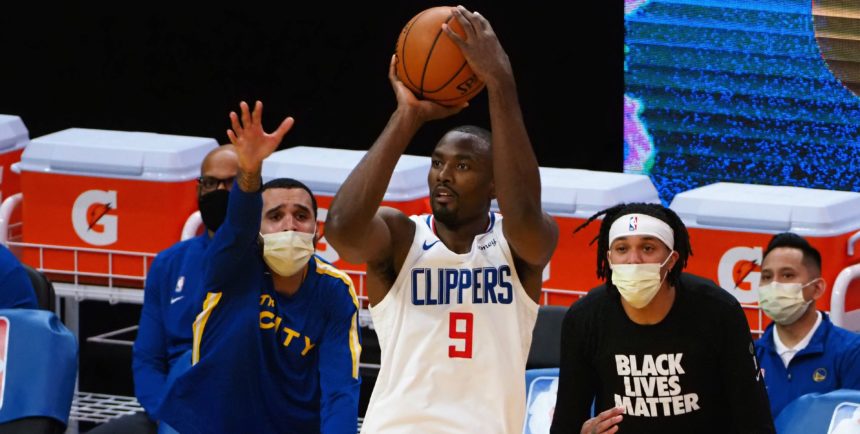 As Lue alluded to, Ibaka and Zubac have contrasting skill sets, which allows LA to attack defenses in multiple ways. With his expanded offensive game, Ibaka makes a living as a pick-and-pop assassin with solid range. According to InStat, he has attempted the eighth-most pick-and-pop shots in the league. Zubac is a bone-crushing screener who darts hard to the rim and finishes with ferocity, whether there’s a defender there or not (67.2 percent on contested shots), and makes a living in the paint.

“I’m a smaller five. He’s more like the big, traditional five. He’s more of a roller guy at the rim. I can do both, so that’s what makes me and him so good. We communicate a lot, and the good thing about Zu, he likes to listen. I talk to him, and so far, he’s been doing a great job.”

And as different as they are, the 31-year-old vet and 24-year-old upstart have their similarities.

For example, they lead the Clippers by far in points created off screens and have each created at least 200 points off of those; only one other duo in the NBA has done that (Nikola Vucevic and Khem Birch of the Orlando Magic). Although they’re low-usage players, Ibaka and Serge are extremely efficient as rollers as well; Zubac is 26-for-34 and Ibaka is 16-for-26 on those particular shots.

Defending against cuts and the pick-and-roll, they are both vulnerable. But if you’re trying to post up, you’re not going to see much success, nor will you be able to generate much offense in the mid-range. Per InStat, Zubac’s opponents are shooting a paltry 4-for-26 against him in the pick-and-pop, while Ibaka’s respectably holding his competition to 10-for-28 in isolation scenarios.

As for what’s next, the Clippers are set to host the Utah Jazz twice and have the Brooklyn Nets to follow as their homestand continues. It feels like Zubac will be called upon more against Rudy Gobert, considering his size and ability to battle on the boards. If Lue elects to force Gobert out to the perimeter to open up driving lanes for Leonard, however, Ibaka would be the logical choice. With the Nets, it depends on how many minutes DeAndre Jordan is on the floor and whether they go with Kevin Durant or Jeff Green at the five as they’ve done at times.

But that’s the luxury of having two big men like Ibaka and Zubac who can make an impact in different ways. For a coach like Lue, who makes excellent in-game adjustments, there's nothing better than having multiple options so he can adapt the game plan to match the opposition.

There aren’t many teams that possess such alternatives.