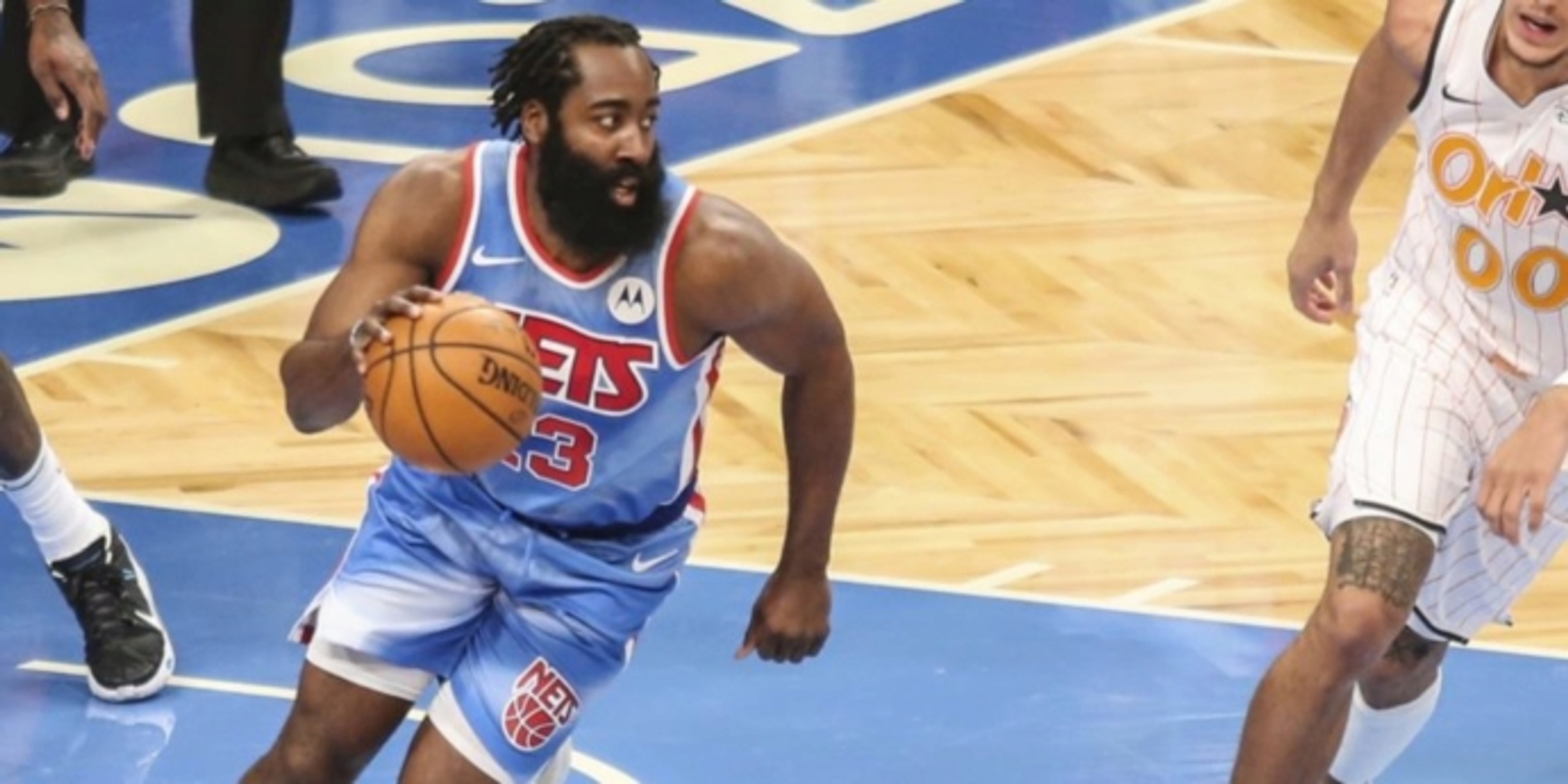 James Harden put up a monstrous stat line of 32 points, 14 assists, 12 rebounds and 4 steals in his Brooklyn Nets debut tonight. The Nets defeated the Orlando Magic, 122-115.

"We have some special talent in this locker room," Harden said after the win. "Very versatile... Once we build that [chemistry] up, it could be scary."

Harden looked excellent on both ends of the floor, although he did have nine turnovers and shot 44 percent from the field and 30 percent from behind the arc. Harden and Kevin Durant did not disappoint as a duo, taking turns hitting key buckets down the stretch. The former MVPs combined for 74 points and each played 40 minutes.

Durant led all players with 42 points (on 16-26 shooting from the field and 5-8 from three) to along with 5 assists, 5 rebounds, 2 blocks and 2 steals. Afterward, Durant raved about Harden's impressive debut.

"Man, it was incredible," Durant said. "You could see him trying to figure out the best way to play early on. Then, he just got into his mode and was being aggressive, trying to score. That opened up the game for the rest of us... He played the same way he's always played, to be honest. He's a pass-first guard who's trying to get his guys good looks. Coach put him at the point and I think that's his natural position."

Nets head coach Steve Nash joked that Harden "almost had a quadruple-double" since he had nine turnovers to go with his 32-14-12 line. Nash pointed out that the best is yet to come for Harden.

"He's not in his best condition yet," Nash said of Harden. "He just joined a new group and he hasn't had a lot of practice time. He had a lot of turnovers tonight because he was thrown out there with a new group... He was incredible for a guy who's just getting in shape."

Kyrie Irving did not play tonight, but he is set to make his return to the lineup soon. The Nets will take the court on Monday in a showdown against Giannis Antetokounmpo and the Milwaukee Bucks.