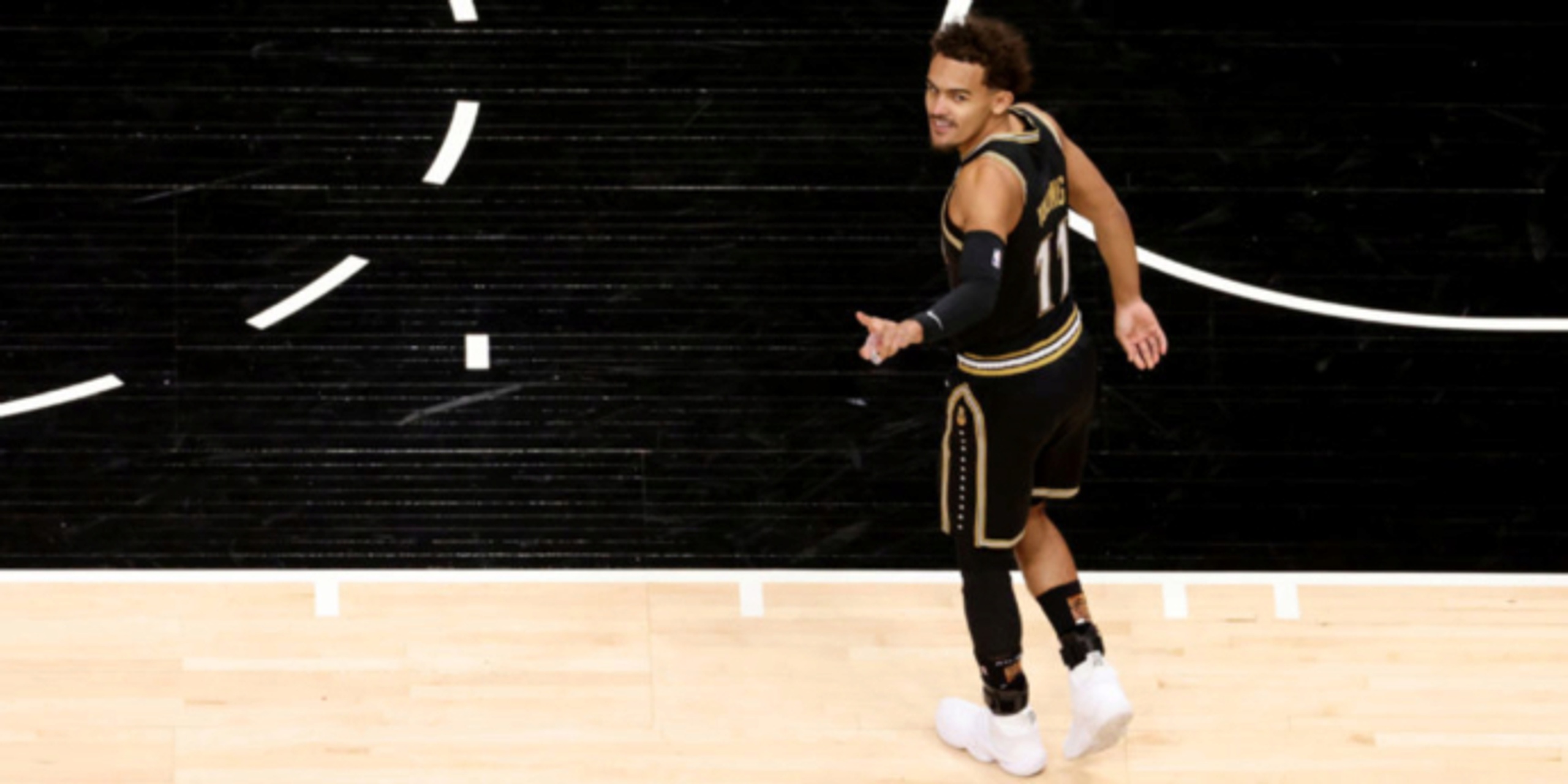 The NBA announced on Thursday that it has fined Atlanta Hawks All-Star guard Trae Young $20,000 for directing inappropriate language toward a game official following Atlanta's 118-117 loss to the Dallas Mavericks on Feb. 10.

The play for which Young complained about was ruled a correct no-call by the NBA in the last two minute report.

The play, and Young's outburst for which he was fined can be seen below.

Trae Young was HEATED after not getting a foul 😡 pic.twitter.com/H71UEDElQg

MORE:
NBA
NBA News

Matt Barnes shares why he got into the media and started 'All The Smoke'
Washington Wizards granted disabled player exception from NBA

Featured News

NBA Expansion Mock Draft: What would a new expansion team look like?
22h
What is the ideal slate of NBA games for Christmas Day?
17h
NBA passes 70 million Instagram followers, ranks top-10 among brands
2 days
How can the Thunder and Shai Gilgeous-Alexander balance their needs?
2 days
Tom Izzo agrees to five-year rollover contract with Michigan State
3 days
Bill Russell’s No. 6 jersey to be retired throughout NBA
3 days
How Rudy Gobert and Karl-Anthony Towns can work as Timberwolves' duo
3 days
Subscribe to our newsletter
SUBSCRIBE
Follow Us



Basketball News
Home
Podcasts
Scores
Draft
Stats
News
Charts
Contact
Contact Us
Advertise With Us
Terms Of Use
Privacy Policy
Do Not Sell My Personal Information
Cookie Policy
Download Our App!
Stay up-to-date on all things NBA
Copyright © BasketballNews.com 2020. All Rights Reserved.
