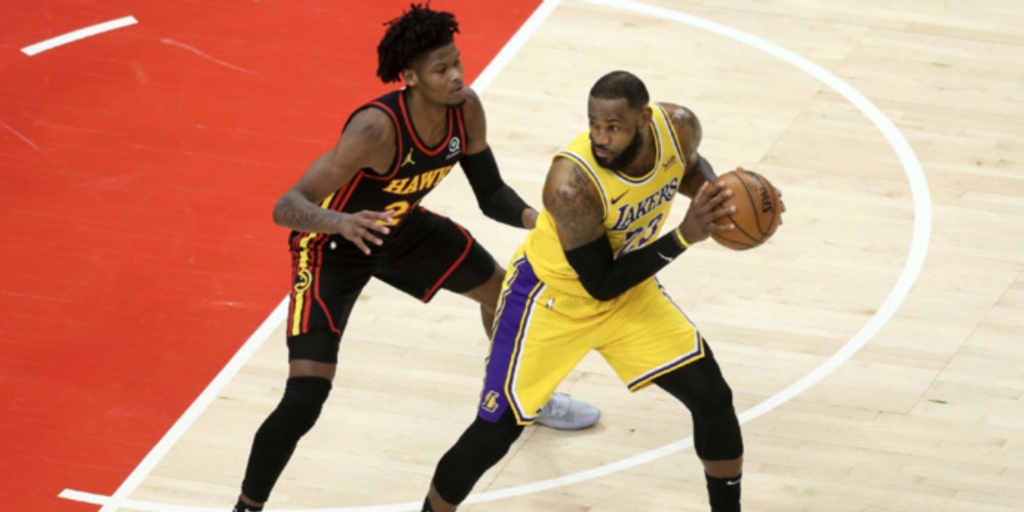 Hawks will not ban fan ejected from last night's game vs. Lakers

The Atlanta Hawks fan that LeBron James dubbed "Courtside Karen" after an intense heckling incident Monday night will not be banned from future games and has since apologized for her outburst, which resulted in her and her party getting kicked out of the game.

The incident occurred in the fourth quarter of Monday’s Lakers win and prompted officials to stop play and call security when fans with courtside seats got into it with James. Juliana Carlos, the female that James later tweeted about, was particularly vocal and appeared to give James a middle-finger salute upon her ejection from State Farm Arena along with her husband and another couple.

She also dropped her mask to yell at James while she was still courtside.

James downplayed the situation in his postgame interview, saying "At the end of the day, I'm happy fans are back in the building. ... I miss that interaction. ... We as players need that interaction."

In result, the four fans involved in the incident will not be banned and have now been cleared to return to future Atlanta games after the Hawks conducted an investigation earlier today.