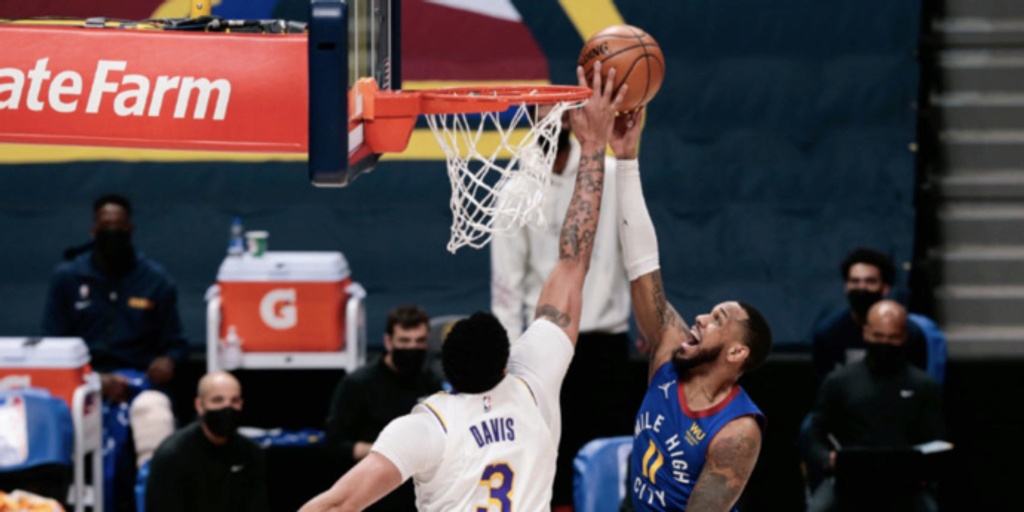 Anthony Davis will be re-evaluated in two to three weeks after suffering a calf strain.

ANALYSIS: Wojnarowski added that the Lakers and Davis will be conservative on a return to play, which could be sometime after the All-Star Break running March 5 to 10. And according to Wojnarowski, even prior to the MRI today, conversation among GM Rob Pelinka, Anthony Davis and agent Rich Paul has been to take their time on AD's return to the lineup. They'll reportedly take another look in two-to-three weeks, but "conservative" is the operative word.