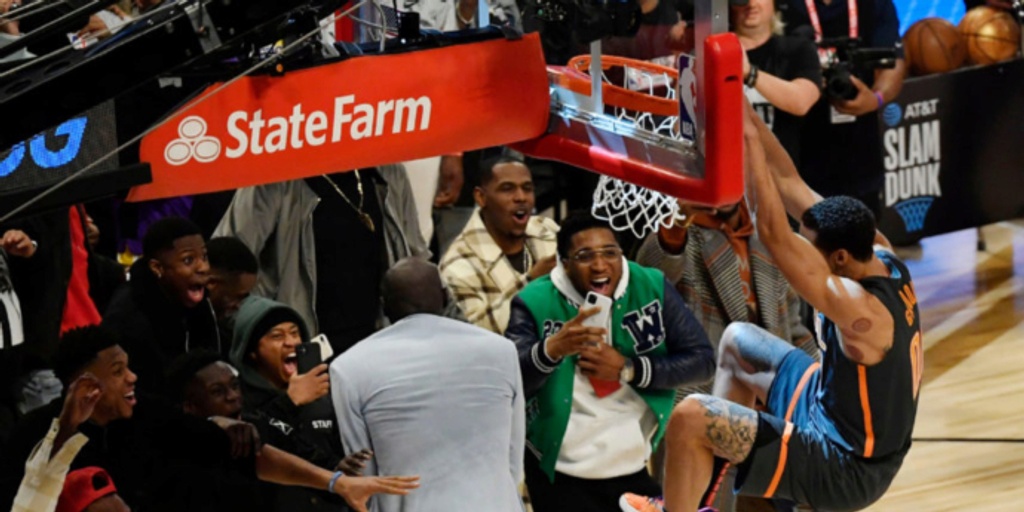 NBA Slam Dunk Contest to have a new look in March

The NBA Slam Dunk Contest looks like it could be happening at next month's All-Star Game, and may have a new look as well.

According to ESPN's Adrian Wojnarowski, the NBA's new idea is to have the contest during halftime of the All-Star Game.

ESPN Sources: In reshaped event, the NBA is progressing on a plan to incorporate the dunk competition into halftime of the All-Star Game on March 7 in Atlanta: https://t.co/4Hm6xouxLN