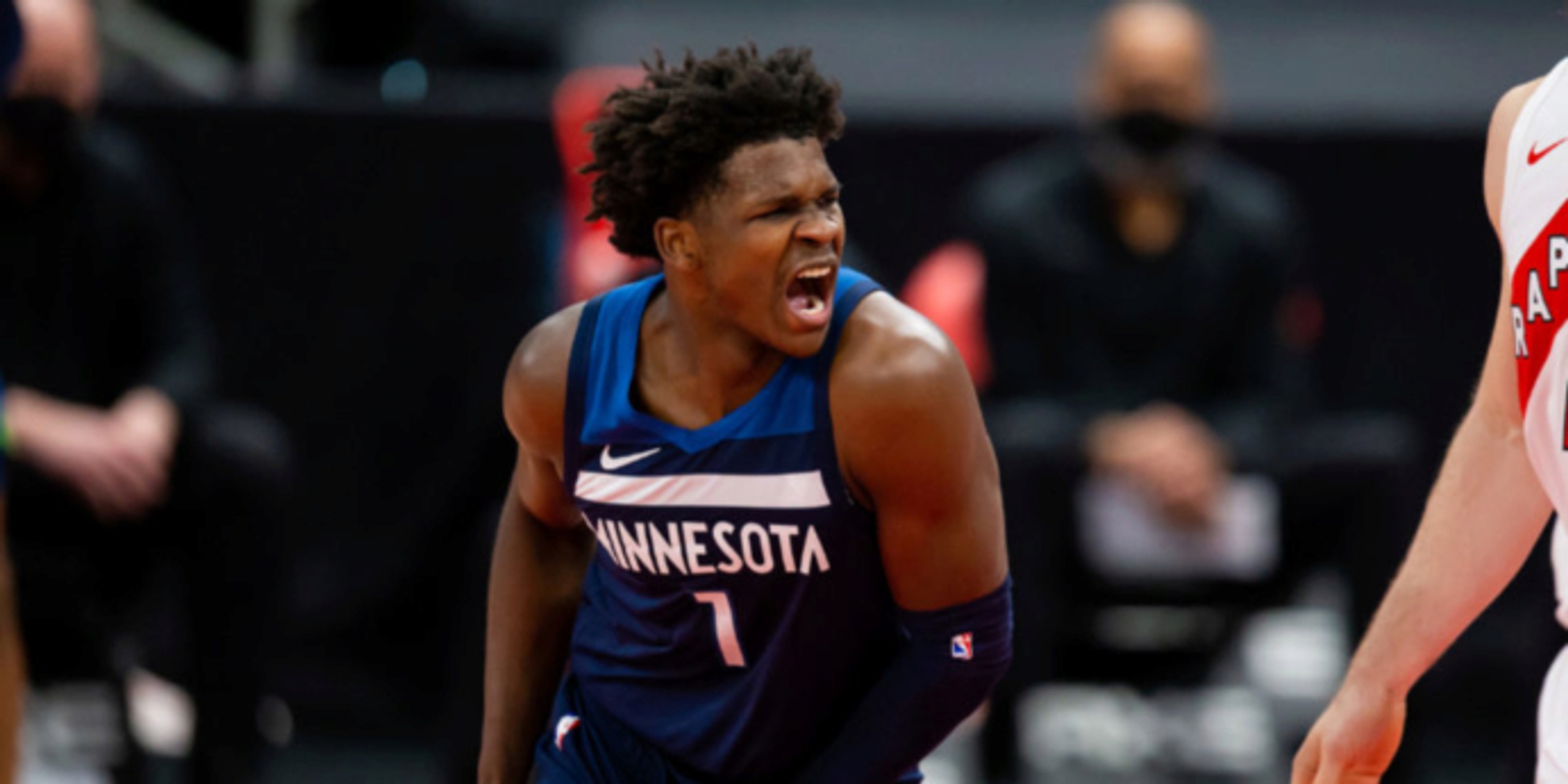 Karl-Anthony Towns: 'We need to put the ball in Ant's hands more'

"I've told Ryan that I believe we need to put the ball in Ant's hands more," Towns said.

ANALYSIS: Edwards has gotten off to a slower start than some of the other rookies, but the No. 1 pick in the 2020 draft is starting to catch up. He has reached double-digit scoring in 12 of his last 13 games and scored 20 or more points in five of those contests. Edwards put up 18 points, seven rebounds and three assists in the win on Sunday.