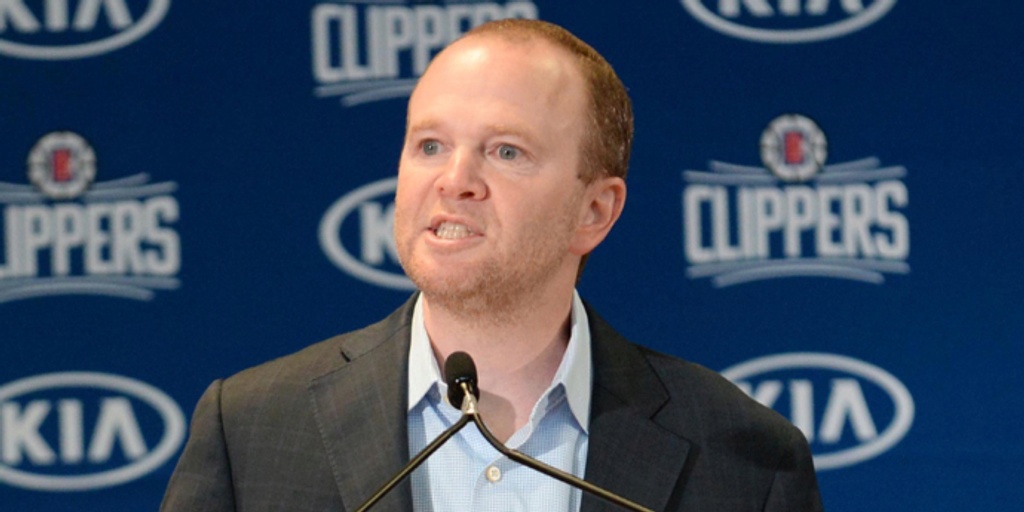 Executives were awarded five points for each first-place vote, three points for each second-place vote and one point for each third-place vote.  The voting was conducted based on regular-season games played through March 11.  The seeding games, which were played July 30 – Aug. 14 as part of the season restart, did not count toward voting for the NBA Basketball Executive of the Year Award or the league’s other traditional end-of-season awards.

Frank assembled a roster that posted a 44-20 record in games played through March 11, the second-best mark in the Western Conference.  Using 29 different starting lineups in 64 games during that period, the Clippers relied on their depth to earn a playoff berth for the eighth time in the last nine seasons.

With Frank leading the Basketball Operations department, LA’s roster for the 2019-20 season took shape in July 2019 with the signing of two-time Bill Russell NBA Finals Most Valuable Player Kawhi Leonard as a free agent and the acquisition of six-time NBA All-Star Paul George in a trade with the Thunder.

Other moves last offseason included re-signing starting guard Patrick Beverley, starting center Ivica Zubac and forward JaMychal Green.  Frank and the Clippers also moved to bolster the roster during the 2019-20 season, acquiring starting forward Marcus Morris Sr. from the New York Knicks as part of a three-team trade on Feb. 6 and signing guard Reggie Jackson on Feb. 20 after he was waived by the Detroit Pistons. 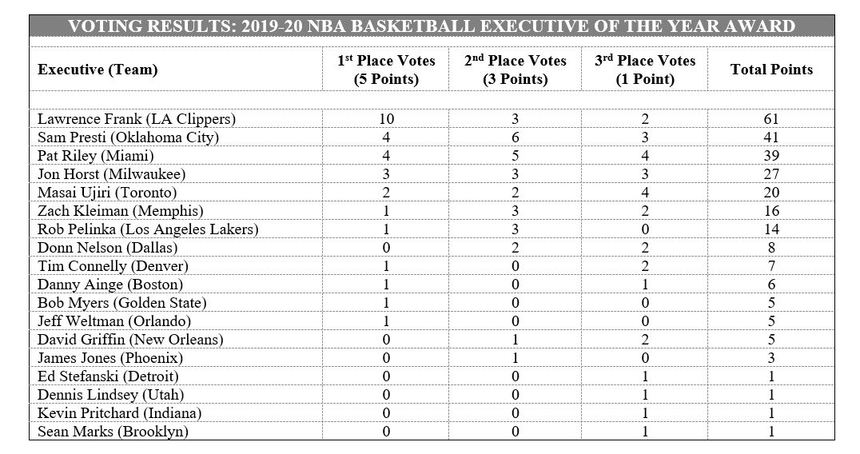 ANALYSIS: On paper, Frank and his LA front office delivered all the Clippers could ask for in terms of acquiring star talent. Sure, it might not have worked out in year one, but next season's team will have learned from 2020's experience without question. After all, Kawhi Leonard has won two NBA Finals MVPs, right?