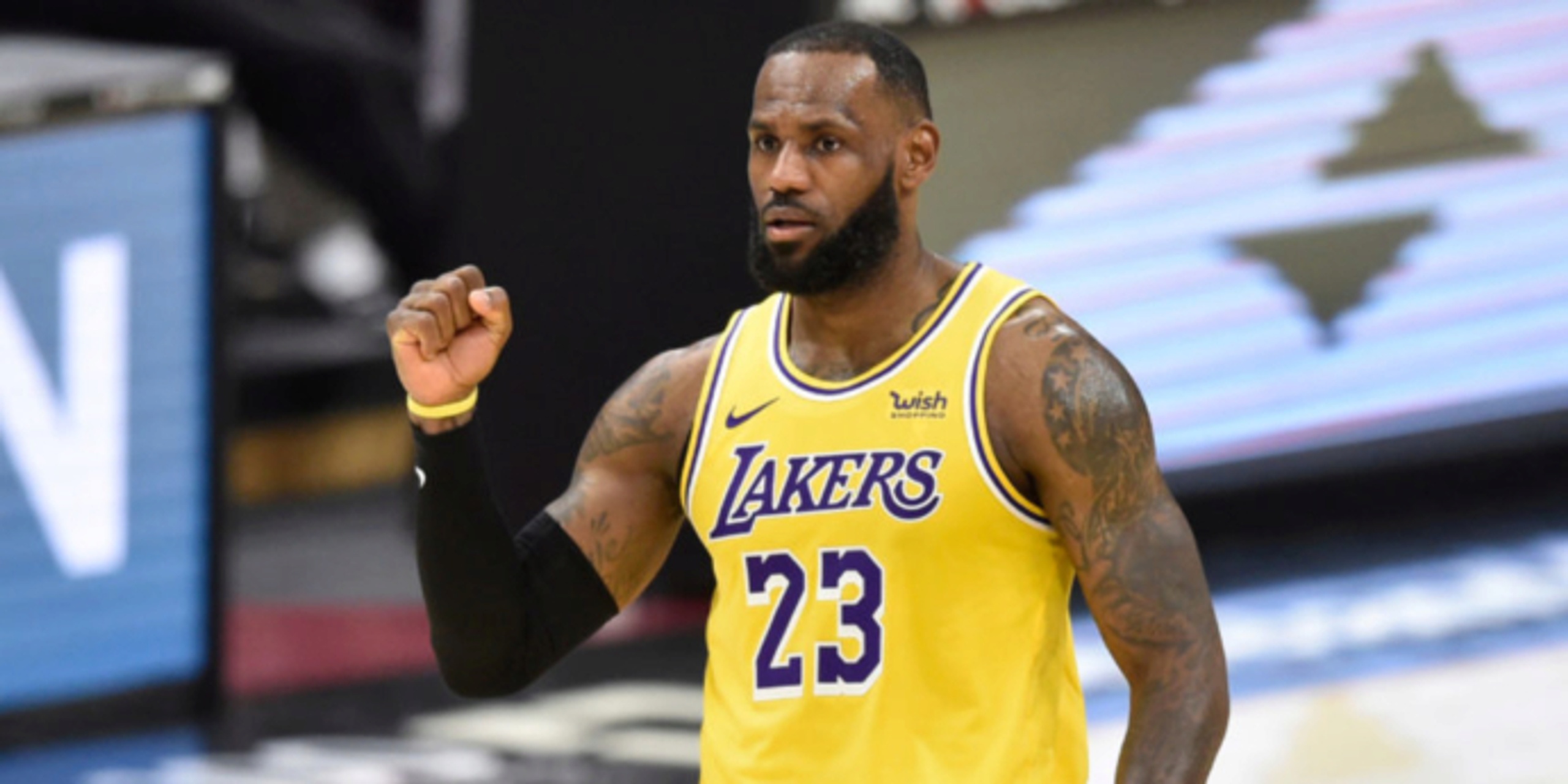 Sitting out in Philadelphia did not help Damian Lillard’s MVP chances. He remains a 25-1 longshot, and LeBron James has become a prohibitive favorite to win the award for a fifth time.

This should not be surprising to those who follow the industry. Giannis Antetokounmpo’s Milwaukee Bucks are not having as dominant of a season as they did a year ago, and Luka Doncic -- who was the MVP favorite for the first two months of the season -- plays for a Dallas Mavericks team that surrendered 147 points to a depleted Golden State Warriors squad that ran circles around them. (The Mavs have lost 10 of 13 games and rank 14th in the Western Conference.)

“Plenty of factors have helped LeBron become such a prohibitive favorite to win MVP. For starters, the Lakers are very likely to be the No. 1 overall seed, and LeBron is the biggest driver behind their success," said Andrew Mennino, head oddsmaker at PointsBet.

"This year also seems to have not as strong of a field as years prior. With Luka Doncic, for example, getting off to a slow start, the Bucks underperforming thus far, and guys like Damian Lillard playing in smaller markets that are not as adored by the media, as a result, we think this to be a season where the voter pool will look to reward and recognize LeBron’s greatness."

The NBA season is an evolutionary thing, and one of the biggest developments Thursday was James saying that he was opposed to having an All-Star game in Atlanta, but would play if he was required to. The game will be held in Atlanta next month.

"I have zero energy and zero excitement about an All-Star Game this year," James said, calling it a “’slap in the face” to players who expected to have a five-day break a month from now.

COVID-19 protocols and contract tracing have had an effect on isolated players and team staffs, and one team executive told me Thursday night that the latest restrictions made life worse than it was in the NBA bubble last summer. One recent rule change now allows players and team staff to leave their hotels for exercise. Over the past two weeks, they have been more or less locked inside their hotel rooms with no outside visitors allowed.

But back to the MVP race. Joel Embiid of the Philadelphia 76ers is just behind James at some sportsbooks. Embiid is 9-2 at DraftKings, 11-2 at FanDuel and PointsBet, and 5-1 at BetMGM and William Hill/Caesars. FanDuel has Nikola Jokic of the Denver Nuggets second at +440; PointsBet also has him second at 5-1.

As we enter the first weekend of January, it looks like James’ race to lose. What could change the equation is a sustained run of victories like what we saw out of the Utah Jazz, when they put up 11 consecutive wins from Jan. 8 to Jan. 29. But because the Jazz have done things by committee (and with unprecedented three-point shooting), their players are not in the MVP conversation.

That is why Donovan Mitchell is 100-1 at all of the aforementioned sportsbooks with the exception of William Hill, which has him at 80-1.

Lillard (abdominal strain) sat out on Thursday, but he would seem to be the one player who might be able to put together a sustained run of big games to tilt the MVP debate.

The Blazers are tied for fourth in the West with Denver, and they return home Saturday after playing the Knicks in New York, but they are in a stretch of playing 13 of 17 on the road. Lillard has scored 30 or more in seven of his past 10 games. He has eclipsed 40 points twice this season, and he will need a bunch more of those – and a Utah-esque string of wins -- to get himself into the debate.