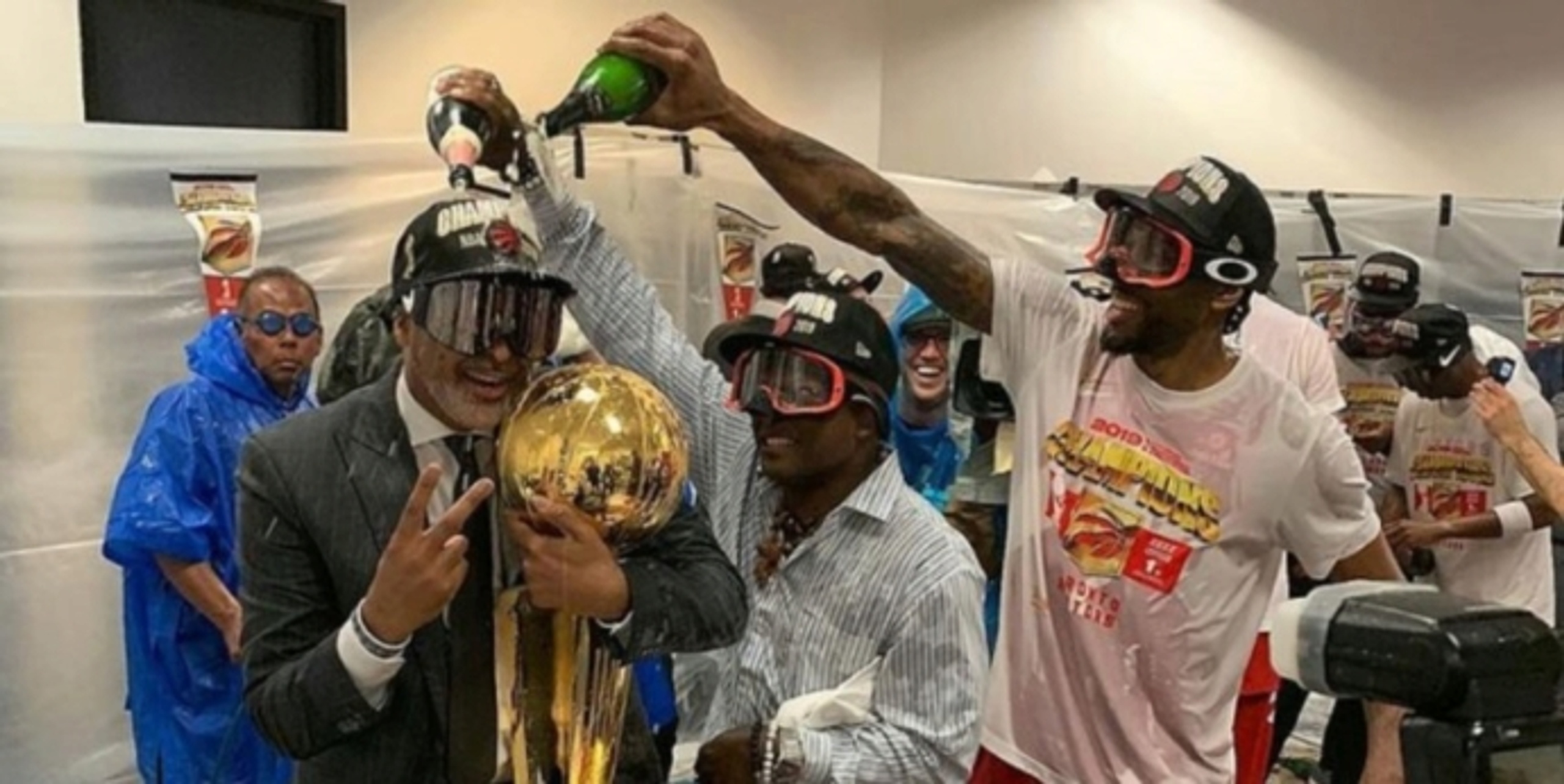 Phil Handy: Kawhi Leonard 'wants to be great; it's all we'd ever talk about'

Los Angeles Lakers assistant coach Phil Handy was on this week’s episode of “The Posecast” with James Posey. Among a wide range of topics, Handy talked about his experience coaching Kawhi Leonard during the Toronto Raptors' championship season in 2019.

“Man, that’s one of the coolest cats I’ve ever been around. Straight up," Handy said of Leonard. "The crazy thing about it is when you’re around Kawhi and get to know him behind closed doors, that dude is a comedian! People don’t get to see that side of him. He’s just like a normal dude! The only thing about Kawhi is that he doesn’t get enamored with all the fluff. He don’t have an entourage, he’s not on social media, he’s not flashy. He’s just got his boy, Jeremy [Castleberry], who’s an assistant coach with the Clippers, his uncle, [Dennis Robertson], and his family. He keeps his circle tight and he’s just one of those dudes that just wants to hoop."

Handy took the job with the Raptors several days before the team acquired Leonard. He talked about the moment he learned about the trade and the first time he got in the gym with Kawhi.

“I remember when I signed in Toronto, I was still in Cleveland. I hadn’t left for Toronto yet, but I had signed maybe three days prior," Handy said. "I woke up one morning, turned on the TV and, I’m serious, as soon as I turned the TV on, ESPN was like, ‘Breaking news: Kawhi Leonard gets traded to the Toronto Raptors.’ Bruh, when I tell you I fell out of the bed, I fell out of the bed! I was like, ‘Come on, man…’ Because my mindset was: Going to Toronto, I was a big fan of DeMar [DeRozan] and I was excited to be able to build a relationship with him and work with him and help him with his game. I was already locked in to, ‘Alright, this is what I see with DeMar,’ and then here comes Kawhi. I remember I let the dust settle and then I reached out to Nick [Nurse] and said, ‘Aye, can you send me Kawhi’s number?’ Because I didn’t know Kawhi. I’d never had any interactions with him except to say ‘what’s up’ whenever we played.

"I texted Kawhi and said, ‘I’ve always been a fan of your game and how you play and I’m really looking forward to building a relationship and working with you on the floor.’ That dude texted me back and was like, ‘When you pulling up to San Diego?’ That was it; I went to San Diego and we spent like a month and a half working everyday before we went to training camp.

“And his thing that impressed me the most was when I first met Kawhi, he just said, ‘Look Coach, I’m very straightforward. I’m very honest. I’m all about the work. If I’m not doing something, you tell me -- because I’m going to tell you if you’re not doing something. I like the gym to be quiet; I don’t like the people, I don’t like noise, I just want to get my work in.’ When he said that to me, I’m like, ‘Let’s go. That’s right up my alley!’ He’s just a student of the game -- a real student of the game and he wants to be great. That’s all we would ever talk about. When I first got there, he was like, ‘We need to link up with Kob, I want to link up with Kob. When can we link up with him?’ He just wanted to soak up the knowledge. One of the best dudes I’ve ever been around. Straight up.”

Be sure to subscribe to "The Posecast" on Apple Podcasts, Spotify or wherever you stream podcasts!