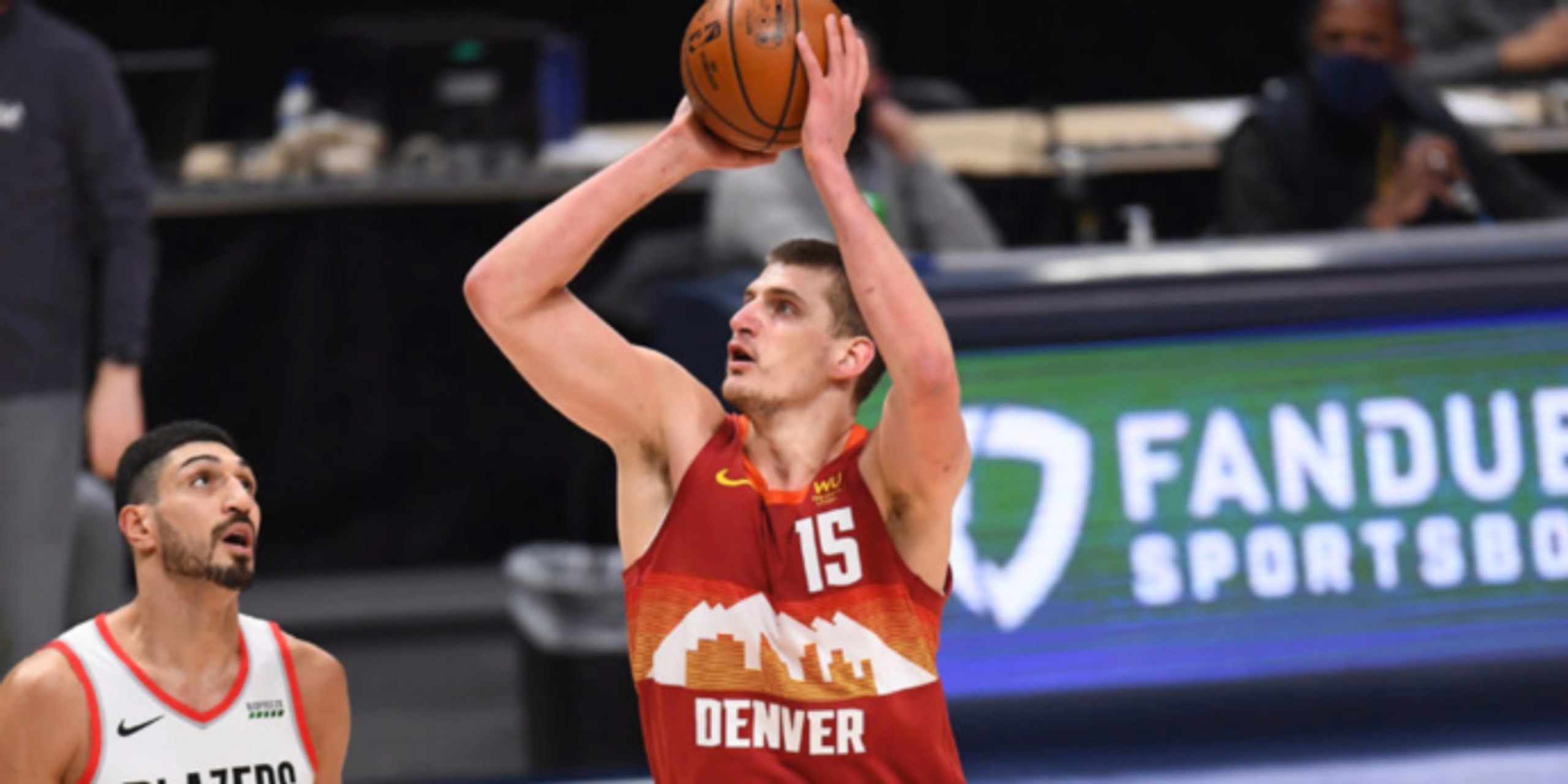 Clear a side: How the Nuggets closed out the Blazers

It’s always a good time when the Denver Nuggets and Portland Trail Blazers come together.

The Nuggets have a 10-6 edge in the win column since the 2018-19 season (playoffs included), though the average score (essentially 114-110, Nuggets) gives you an idea of how close the matchup has really been.

Tuesday night’s TNT thriller was no different. The game was tied through three quarters before the Nuggets won the fourth quarter by 5 points, snagging a 111-106 victory. Dig a little deeper and you’ll find the breaking point: from the 7:11 mark of the fourth to the 2:03 mark, the Nuggets outscored the Blazers 14-5 and essentially iced the game.

The Nuggets leaned on Jokic (41-5-5) and Jamal Murray (24-5-8) to bring them home. Lillard (25-7-13) battled through a tough shooting night and, at least during that five-plus minute stretch, didn’t get enough support to keep things within reach.

It’s simple (and correct) to say the Nuggets stars came through when it mattered. What was most interesting to me was how they came through. For the most part, they simply spammed the same action over and over again: a cut to clear out the left wing, followed by Murray and Jokic flowing into their two-man dance.

Most of these possessions would begin the same. A secondary ball-handler would bring the ball up the floor while Jokic would set up shop on the left elbow. That ball-handler would pitch it inside to Jokic, then run off his left to give off the threat of an early dribble handoff or make himself available for one of those over-the-head lasers that Jokic routinely fires to cutters.

While those options technically exist, they’re really decoys to set up the Murray-Jokic hookup. Murray lifts from the middle of the floor while the cut is happening. The simultaneous nature of the action accomplishes two goals: it distorts the attention of the defense and, more importantly, it allows the Murray-Jokic attack to be a true 2-on-2 endeavor. If you can’t send help at all, defending those two is nearly impossible.

Let’s look at an example from the beginning of the Nuggets’ run.

You see the pitch-cut-lift combo between Facundo Campazzo, Jokic and Murray. The Blazers do a decent job of staying attached; Lillard goes under Jokic as Campazzo cuts, and Derrick Jones Jr. does an adequate job of trailing Murray. Sadly, “decent” and “adequate” aren’t good enough against these two.

Murray ultimately has an advantage as he curls off Jokic. Enes Kanter, noted comfortable-in-space defender, drops to help contain the Murray drive, leaving Jokic open on the pop. From there, the Blazers are pretty much dead.

I would imagine the Blazers are like, “Okay, we can’t play drop against this, so let’s just switch it next time and keep things in front.”

Sure enough, the Nuggets run the same thing on their next possession. Murray gets a minor edge as he receives the ball from Jokic, but Kanter steps up and Jones Jr. executes a “peel switch” to cut off a potential pick-and-pop. On top of that, Carmelo Anthony rotates over early to give Kanter some relief in case he’s blown by, while Lillard is tasked with zoning up the weak side. 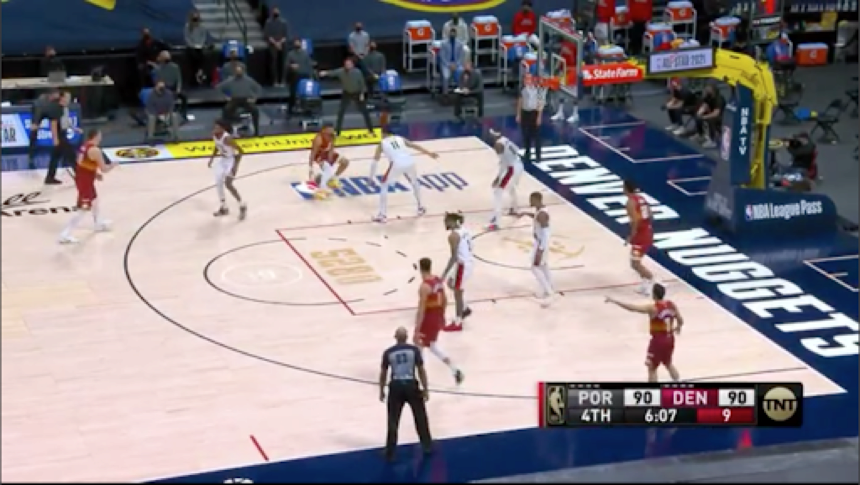 It’s a pretty smart counter. Take away the easy stuff, make them beat you with their second or third option. The problem is that, while the plan was sound, it’s still Kanter on an island against Murray at the end of the day. That’s a matchup the Nuggets will take.

A little later in the quarter, the Nuggets altered their attack while maintaining their empty side mantra.

You can see early on that Michael Porter Jr. vacates the left corner and relocates to the right. While that clear-out is happening, Murray flies off a screen from Jokic at the elbow before attacking off the catch. It’s a pick-and-roll instead of a handoff, but they put the Blazers in the same dilemma: should we play drop to take away the drive, or should we switch this?

The Blazers drop against it, giving Jokic an elbow jumper if he wants it. He doesn’t, waiting out the close-out from Jones and forcing a switch that way. It’s a 1-on-1 with Murray and Kanter again, this time without the space. Murray lifts to the corner then cuts back, leaving Kanter in the dust before eventually drilling a short jumper.

It’s fun to peep chess matches like the one we saw in this game, though I’m sure the Blazers weren’t having much fun. A quiet theme from this stretch was how Jokic leveraged his scoring gravity to create these opportunities. He was cooking for most of the night and could’ve opted to stay aggressive. Instead, he took a step back in crunch time to let Murray attack mismatches.

It’s a “duh” thing to say, but the Nuggets are incredibly tough to guard when those two are rolling.