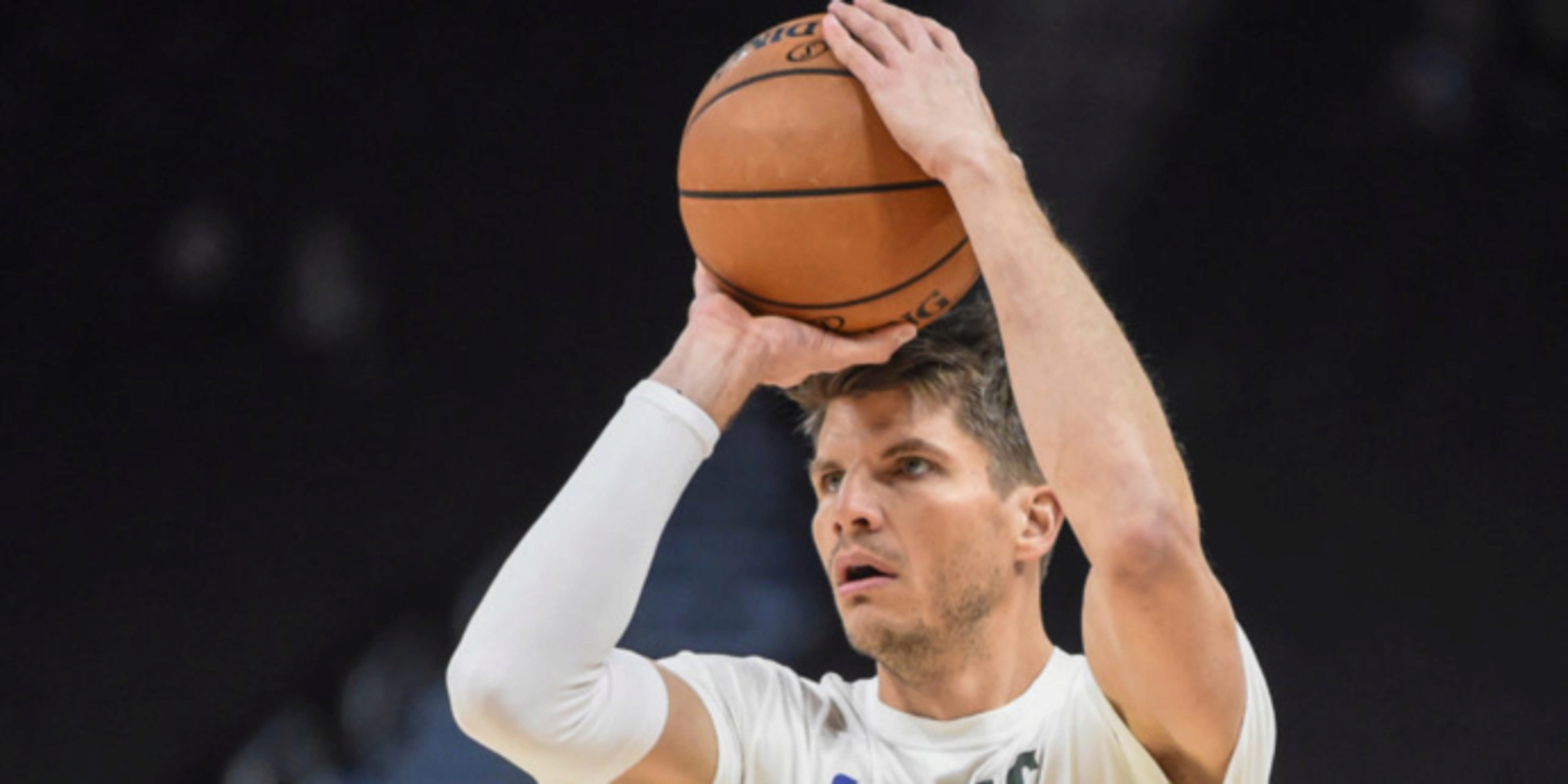 Kyle Korver has spent the last 17 years playing in the NBA, but hasn't yet touched the court or signed with a team this season. While it's easy to think that may mean the veteran sharpshooter is hanging up the sneakers for good, that may not be the case, either.

Korver was on "The Rematch" with Etan Thomas on Basketball News recently and discussed his current status.

"It's a good question; I'm not sure. After the bubble, it was such a quick turnaround and I didn't feel like I had really prepared for another season. I believe in honoring the game," Korver told Thomas on the podcast. "I don't want to take a up a spot on a team [if I'm not ready to play]. I didn't feel like I had really put in that time and that work. I have not signed any [retirement] paperwork yet, so... But I don't know, it also feels good. It's a conversation that I have with my wife on most days, so we'll see... I don't know, I'm not sure."

Last season Korver was with the Milwaukee Bucks after spending the previous 16 seasons split between Philadelphia, Utah, Cleveland, Atlanta and Chicago.

The full episode of "The Rematch" can be found below.