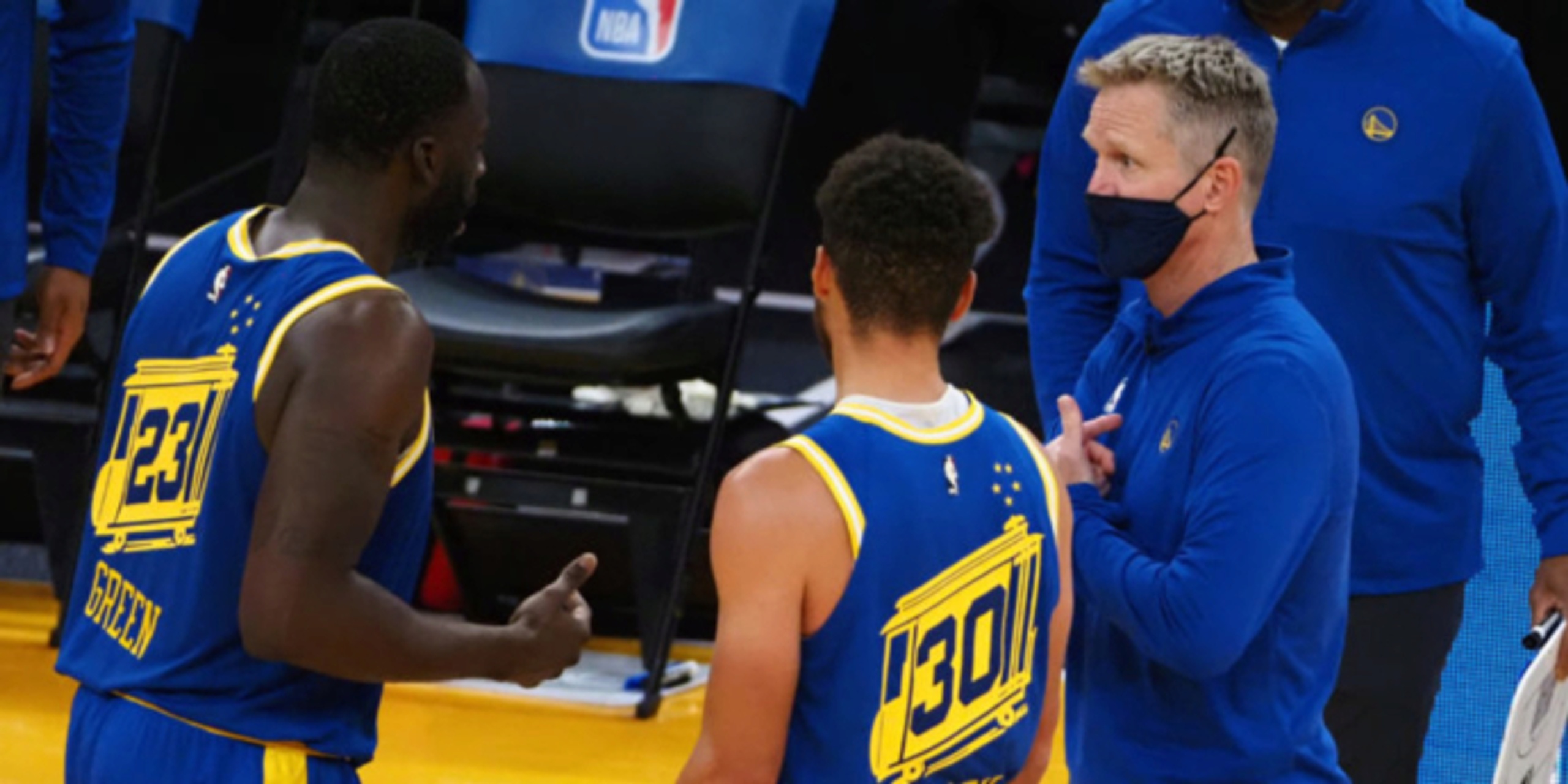 For the Golden State Warriors, the magic number is 20.

Steve Kerr thinks 20 games is the barometer for solidifying lineups and for this season’s squad to formulate an identity. Now, with a quarter of the season played and an 11-10 record, the Warriors are still without either a solidified lineup or an identity.

Granted, the Warriors as constructed do not have the roster to contend for a title. They lost Klay Thompson to an Achilles injury on draft night, and have new faces such as Kelly Oubre Jr. and James Wiseman to implement into their system, so Kerr's emphasis on development seems to be a reasonable move. However, development doesn’t mean that the Warriors should not prioritize winning, especially when they also have a two-time MVP in Stephen Curry and a former Defensive Player of the Year in Draymond Green -- two competitors who want to win -- on that roster, as well.

This is a team with an identity crisis. On some nights, the Warriors look like a scrappy dark-horse playoff team. On others, it looks like their ceiling is (at best) a berth in the play-in game. While there’s not much to do regarding the roster -- unless Golden State makes some significant trades -- it is Kerr’s responsibility to not only prioritize development, but also prioritize winning at the same time.

In some instances, Kerr has done a solid job of developing players. He’s helped turn Andrew Wiggins into a solid rotational piece, and Eric Paschall has grown into a key cog with the second unit. However, the Warriors have had opportunities to beat the New York Knicks, Indiana Pacers and, most recently, the Phoenix Suns, but they lost those winnable games. The question is: Has Kerr put this team in the best positions possible to win games? Unfortunately, it’s fair to say that he hasn’t.

The Warriors as constructed are mediocre, but they have shown glimpses of what they could be, and some of the struggles are on Kerr. Here are some examples of his missteps and why the Warriors aren’t consistently playing the kind of basketball that they have envisioned.

In the past, Kerr’s motion read-and-react offense worked because he surrounded Curry and Thompson with high-IQ vets who understood the purpose behind every cut and every screen. It also succeeded because those role players were capable scorers. Shaun Livingston and David West, for example, had reliable mid-range jumpers, while Andre Iguodala was a capable slasher in the paint.

Now, with Thompson out of the lineup, Curry is the only player who can consistently shoot and score. Oubre and Wiggins have never been in offenses as complex and as predicated on ball movement as this one. Oubre is the type of player who thrives in transition and slashing, and Wiggins is similar to a degree. But instead of tailoring the system to the strengths of his current players, Kerr runs the same system as if Klay was in the lineup and Kevin Durant, Livingston and Iguodala were still on the roster. Knowing that Curry is the only threat offensively, defenses sell out on him seamlessly with box-and-ones and other variations of a modified zone.

To counter defenses, Kerr has some options such as running high screen-and-rolls and elevators to take advantage of Curry’s efficiency as the pick-and-roll ball-handler. On the season, Curry is averaging 1.12 points per possession in the pick-and-roll, which is even better than his 2016 MVP season (1.11 PPP).

For whatever reason, the Warriors have stopped running elevator doors. Having two bigs setting a high screen would take out both the defender and the helper, which would give Curry the necessary room to take a three or even dribble into the occasional mid-range shot. Not to mention, it frees up space in the paint to cut.

To better incorporate Oubre, for as long as he’s a Warrior, Kerr could also run a two-man stagger to get him some backdoor cuts.

In the first clip, notice where Green is. The defense was a little off guard. Now, the defense would concede that shot and sag off. Instead, imagine Curry in that slot instead. The trap would come, and Oubre cuts backdoor for an easy dunk.

Granted, motion works. However, Kerr should not be so rigid in sticking to it verbatim, especially when he has a different set of players who don't fit as well within the system. Introducing diversity in schemes and adapting to the strengths of the roster isn't abandoning what works; it’s simply evolving.

Before Kerr moved rookie center James Wiseman to the bench, his lineup of Curry, Wiggins, Oubre, Green and Wiseman had the worst net rating in the league (-20.3) among lineups that played at least 100 minutes or more during the season. This is the reason why the Warriors would dig themselves into 17-to-20-point deficits in the first quarter before the bench would scrap and claw back into the game.

These questionable lineups are arguably at the heart of the Warriors’ identity crisis. Why? Because the lineup sans Curry isn’t a lineup that will go out and win games. This is a lineup that's focused on development, which is fine... if Curry, Green and Thompson were about 10 years younger. The best approach is to maximize Curry’s and Green’s prime while developing the prospects simultaneously. For one, the Warriors owe it to the core to put them in positions to compete and win. Secondly, the developing guys want to be rewarded for their hard work and buy into what the team is selling.

Kerr was set on this lineup for development and defensive purposes. However, the Warriors’ defensive rating was 110.2 during the first 12 games. So what was the point of rolling out the lineup other than internal development and racking up losses?

While the decision didn’t significantly move the needle, it helped matters somewhat in terms of familiarity and experience with the offense.

Still, there's one other substitution that needs to be made that hasn’t happened yet. Oubre isn’t a fit at all (and may be traded), but in the meantime, Kerr hasn't sent him to the bench or reduced his minutes -- even with Damion Lee and Mychal Mulder looking like better options as shooters and scorers. The reasoning is defense; but again, the Warriors still have lapses defensively with that particular unit.

In addition to the starting lineup issues, Curry's minutes are a problem. Usually, Kerr puts Curry in around the six-minute mark of the second and fourth quarters. It’s a problem because, at times, Kerr subs Curry out when he and the team have just gotten some momentum.

Overall, the Warriors are where they were expected to be in the preseason: faltering between the sixth and the ninth seed. They have the potential to make a push. Again, they owe it to Curry and Green to compete and win. Now, it’s up for Kerr to decide: does he want to sacrifice games that he can’t afford to lose for the sake of development, or does he want to win what’s possible while developing?

We'll see which option he chooses.