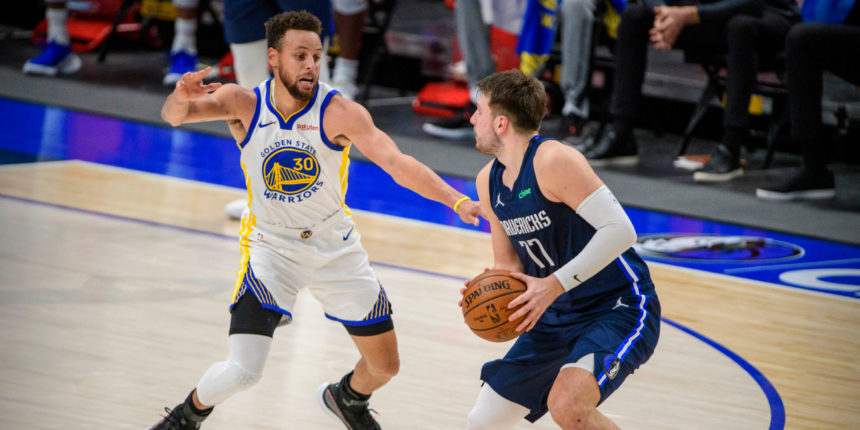 Two of the best shotmakers in the NBA went at it on Saturday night.

Stephen Curry poured on 57 points, including 11-19 shooting from distance, in a signature performance for the Warriors. But Luka Doncic caught fire for 42 points and 11 assists, helping the Mavericks escape with a 134-132 victory.

"Sublime," head coach Steve Kerr said of Curry's performance. "It was ridiculous the shots he was hitting. The degree of difficulty. The ease with which he made them. He's never played better. We're talking about a two-time MVP, three-time champion -- I've never seen him like this. He just looks so strong to me."

The 57-point effort was the second-highest scoring effort of the season for Curry, who went off for 62 points in a Jan. 3 win over Portland.

But Doncic also had a spectacular night, shooting 12-for-23 from the floor. It's been a rough season for the 10-14 Mavericks. Entering Saturday, they had lost seven of their last eight games.

"Obviously, going against Steph is fun," Doncic said. "I've got to have more fun playing the game to be who I was before. I've just got to get back to enjoying the game."

Doncic earned lofty praise from head coach Rick Carlisle for how he took on the challenge of Curry.

"The basketball floor is his stage," Carlisle said of Doncic. "Guys like him -- and I was around [Larry] Bird; I was around Reggie Miller -- when there's another guy on the other team raising his game to the level that Curry was, you feel an obligation if you're that kind of player. I saw Bird do it; I saw Miller do it."

Along with Doncic's performance, five other Mavs reached double figures, lead by Kristaps Porzingis' 18 points. Andrew Wiggins (22) and Kent Bazemore (20) were the other scoring leaders for Golden State.