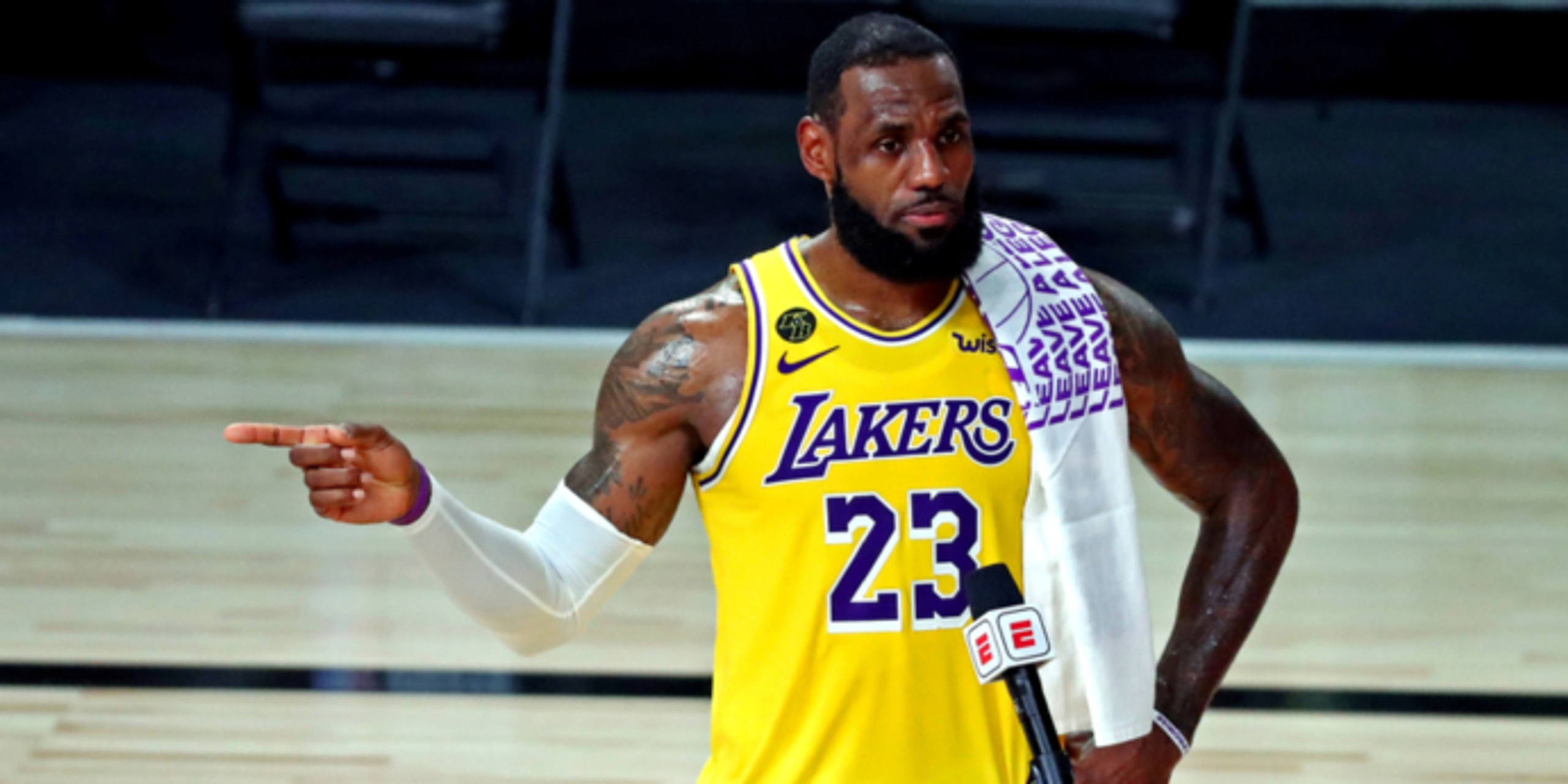 Thanks go out to the Miami Heat for keeping themselves relevant for three games and three quarters. They were clearly the second-best team in the NBA Finals last night in the fourth quarter, and they are all but cooked as we wait two days for the inevitable.

But the bright side in all of this is that we can start turning our attention to the rest of the NBA and what awaits us in the offseason, as everyone else in the league tries to better themselves through free agency, trades and the draft.

There are coaching vacancies in Houston, Los Angeles (Clippers), Indiana, New Orleans and Oklahoma City. There is a strong crop of free agents, but only four teams -- New York, Atlanta, Detroit and New Orleans -- with significant cap room (assuming the cap stays the same) to go after them. There is hope in Brooklyn where the Nets will eventually have Kevin Durant, Kyrie Irving and Caris LaVert playing together, and across the East River at Madison Square Garden with the Knicks, where Tom Thibodeau is the new coach, Leon Rose is the new general manager and Worldwide Wes is the kind of behind-the-scenes operator who can sell skeptical players on the benefits of playing in the city that one day will no longer be a ghost town.

The West is loaded with capable teams who had the misfortune of going up against the Lakers and Nuggets, and a little tinkering here and there is all that the Clippers, Trail Blazers, Mavericks, Jazz and Pelicans need to have a better chance of keeping LeBron James out of his 10th NBA Finals in 11 years.

The biggest question mark in the Eastern Conference is whether Giannis Antetokounmpo will sign his super-max deal with the Milwaukee Bucks, and some clarity on that question may come if Bucks general manager Jon Horst is willing to consider moving Eric Bledsoe and/or Khris Middleton for a player (or players) who will not shrink from the spotlight as we saw earlier in the postseason.

Boston is perplexing, especially Jayson Tatum, but he and the remainder of the Celtics’ core were not all that far from advancing further than they did, and the Toronto Raptors (if they can keep Fred VanVleet) need to only find a center to replace Marc Gasol to make it back where they were just one season ago.

Of course, the LeBron factor will loom large with every NBA team, because as we saw in Game 4 of the NBA Finals last night, they are about as good of a team as James has ever been a part of. Even with Anthony Davis having another decent-but-not-spectacular offensive evening, the contributions of Kentavious Caldwell-Pope, Alex Caruso, Danny Green, Markieff Morris and Rajon Rondo added up to more than the Heat could handle, especially with Goran Dragic missing a third-straight game.

Also, Davis’ defense on Jimmy Butler combined with another vintage fourth quarter from LeBron (11 points, five rebounds and two assists) put L.A. one win away from tying the Celtics for the most championships in NBA history.

"I felt like for me, personally, this was one of the biggest games of my career," said the 35-year-old James, the league's career leader in playoff wins. "I just wanted to relay that message to my teammates, the type of zone I was in, the type of moment it was and the kind of team we were playing against...

"They are just a gritty, so damn-well-coached team. I feel like if we're going to be a championship ball club, if we want to really be a championship team, we’ve got to have that same grit and that same attitude. It was my mindset. I'm still in it."

We shall see what the Heat have left in the tank on Friday night, and in the meantime we have plenty to keep us interested in the world outside of sports. There is a vice-presidential debate tonight, there is a President with COVID-19, there are baseball playoffs, there is the ever-present specter of Vladimir Putin and Xi Jinping, we’ll eventually have The Masters -- and so on, and so forth.

The NBA pulled this bubble thing off, and priority No. 1 for Commissioner Adam Silver now is trying to find a way to get his fans back inside NBA arenas for the start of next season, whenever that might happen. The pandemic and the presidential elections are two factors that are completely out of the commissioner’s control. And he will have to continue to change on the fly as events warrant. The league and the NBPA have to come up with a new set of rules to try to have a workable salary cap number and find ways to generate revenue to fund a league that needs fannies in the seats to be economically viable.

If Americans continue to stay locked up in their homes out of fears, real or imagined, it is going to be a long, long winter in which a night out at an NBA arena is no longer a possible diversion. But if the pandemic subsides and the arenas are opened, next NBA season should be special.

Even some of the outlier teams have hope: Minnesota has the No. 1 pick, Washington will have John Wall and Bradley Beal playing together with a healthy Thomas Bryant; Sacramento has a new front office chief in Monte McNair; Phoenix is coming off an 8-0 bubble performance that made Devin Booker fans out of a whole lot of people; Memphis has Ja Morant, the reigning Rookie of the Year; and let’s not forget Golden State, who will have Stephen Curry and Klay Thompson back, playing with Andrew Wiggins and Draymond Green and whoever Bob Myers and Steve Kerr decide to take with the No. 2 pick in the draft.

It is a day of mourning in Miami, and day of celebration in Los Angeles, and a day of hope in every other NBA city. We can all see the finish line, and from there we go to the starting line, where hope springs eternal for the 29 NBA teams whose seasons ended in failure. Yup, failure, because anything short of a championship constitutes the opposite of success.

There are 28 teams that have failed, and the Miami Heat are about to join them... unless you believe Spoelstra: “You have two competitive groups and you just have to figure out how to make some plays at the end, and that's usually where we figure it out and usually where our group thrives. So I already know the heartbeat of what's going on in our locker room, our guys are just looking forward to Friday.”