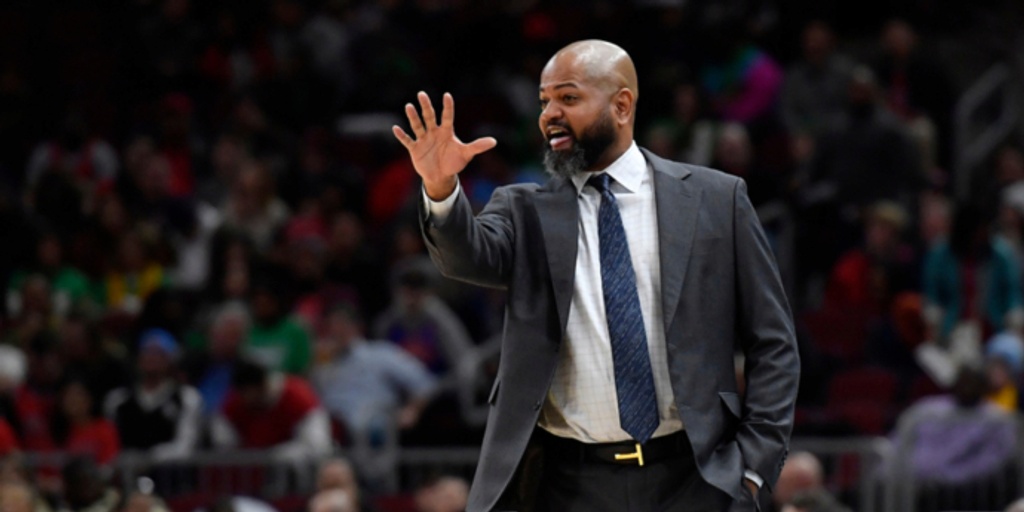 The Cleveland Cavaliers have discussed trading the fifth overall pick in the NBA Draft, with the New York Knicks among the teams interested.

Former Cavaliers salary cap guru Brock Aller, who is now in the New York front office, has a few pieces that could be enticing. Would the Knicks offer some combination of 8, 23 and a young player (Kevin Knox? Mitchell Robinson?) for Cleveland’s fifth pick -- and a chance to draft Brooklyn native Obi Toppin? Sources pointed to Toppin as New York’s trade-up target. Others in the five range -- Tyrese Haliburton or Isaac Okoro -- make sense as well.

The Celtics, with a tight salary cap situation and roster crunch, are eager to use their three first-round picks (14, 26 and 30) to move up. How far can they climb? What else would they have to include? Would it be for Okongwu or Okoro? Dropping down to 14 wouldn’t be ideal for the Cavs, who see a drop in talent in the 10-11 range. The Cavs did, however, have an in-person workout with R.J. Hampton, who is projected anywhere between 12 and 20.

The Pistons have been tied to [Patrick] Williams. There was some speculation about a promise there. But Williams is starting to get looks at No. 4. If the Williams-to-Chicago buzz turns out to be just smoke, then Detroit moving up a few spots to snag the “fastest riser” -- or even jumping Atlanta at No. 6 for Haliburton -- would be something to watch. What’s the price to move up just two spots? Is Luke Kennard too much from Detroit’s perspective? Could a future pick be a possibility?

ANALYSIS: The Knicks already made a pick swap this morning, dealing nos. 27 and 38 for the 23rd pick from the Utah Jazz. With the eighth overall selection as well, they could make a package to move up to fifth. Most of the talk for Cleveland has been centered around Deni Avdija and Obi Toppin at their top spot, so it should be interesting to see if the Knicks, among other teams, are coveting either of the prospects.