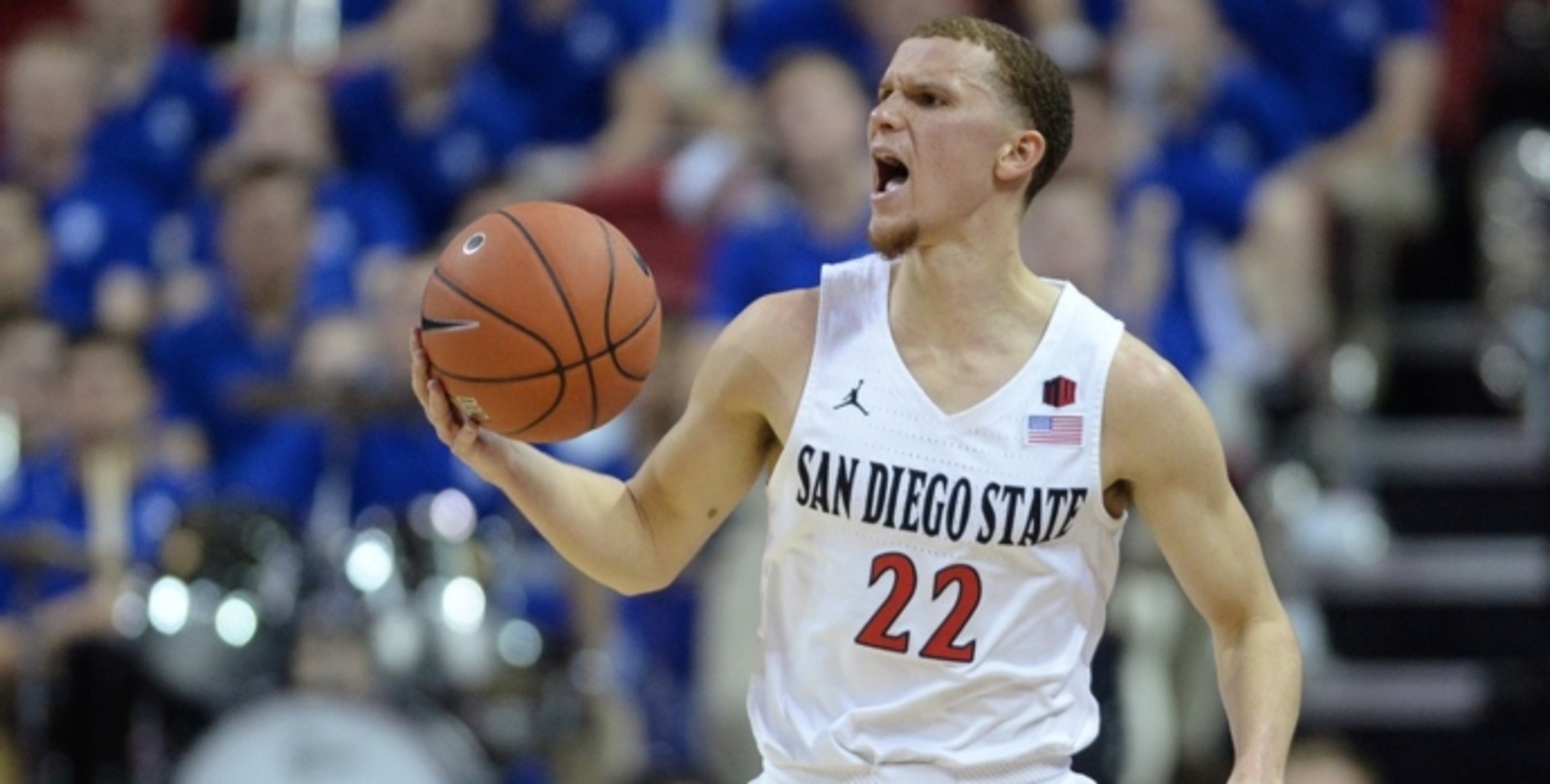 The Raptors landed a potential steal in Malachi Flynn

The 2020 NBA Draft was conducted last night in typical pandemic unorthodoxy. The digitized night featured social distancing and live-streamed reactions from the draftees themselves, and judging by the emotional faces of the young players upon hearing their names uttered by commissioner Adam Silver, it had no impact on the weight of the moment for them.

Except for the few, modest draft night swaps with picks (which included teams like the Los Angeles Lakers, Dallas Mavericks, Detroit Pistons and Boston Celtics making swaps), it was a quiet night for teams -- with many opting to settle on their projected choices.

For the Toronto Raptors, their positional needs spanned all five spots, allowing for them to pluck whoever they deemed the best player remaining on the board. This was the first time they’ve had a round-one pick since they drafted starting small forward and elite wing defender OG Anunoby. With the No. 29 pick, the team up North chose San Diego State guard Malachi Flynn.

According to several draft enthusiasts, Malachi was an interesting pick, meaning he was not their first choice (considering his small stature and the realities of Toronto’s current starting backcourt), but it’s been established that Flynn is arguably the best pick-and-roll orchestrator in this class. Taking into account the current needs of the Raptors, opting to go with a playmaking, two-way guard is no surprise. Fred Vanvleet’s best skills lie within his catch-and-shoot ability, his excellent positional defense and his transition scoring. Getting Flynn means the Raptors gain another halfcourt point guard besides Kyle Lowry with the nuanced hesitations, mid-range shooting and off-the-dribble creation capabilities they’ve been lacking outside of the 34-year-old guard. The Defensive Player of The Year nod to Flynn also doesn’t hurt, since size becomes less of an issue if a guard possesses quick feet and strength.

BasketballNews.com’s Matt Babcock had labeled Flynn as one of his favorite prospects in this year’s draft. Prior to the draft, here’s how Babcock described Flynn: “After transferring from Washington State to San Diego State, point guard Malachi Flynn led the Aztecs to a spectacular 30-2 record. After averaging 17.6 points, 5.1 assists and 1.8 steals per game, Flynn was named the Mountain West Conference Player of the Year, as well as Defensive Player of the Year.”

During Babcock’s recent interview with Flynn, the point guard said, “My short term goal is to surprise everyone and win Rookie of the Year. My long-term goal is to become an All-Star, and eventually a champion.”

According to YouTube draft analyst and Raptors Republic draft writer Robel, “[Malachi’s] best skill, by far, is his pick-and roll-wizardry. The guy is elite at manipulating defenders, creating passing angles and scoring looks. He's excellent when splitting the screen and makes it look easy. The in-between game is there with the floater and he's a good pull-up shooter as well. He's a good playmaker and has no problem finding the open man. Right now he's the best pick-and-roll player in this draft.”

When I asked about how Toronto is likely to utilize Flynn, he went on to say, “[Malachi] will be used as an off-the-bench initiator that can create looks for himself and others. He also meshes well with the starters due to his excellent shooting versatility, having shot 37 percent coming off screens, pullups, and catching and shooting.”

It’s too early to praise the franchise for the steal of the night, but I do think it’s safe to conclude that the Raptors got their sixth-man creator. A guard who, at worse, will be a positive impact role player. Luckily, he’ll be under the watchful eye of a couple of the league’s most talented two-way point guards.