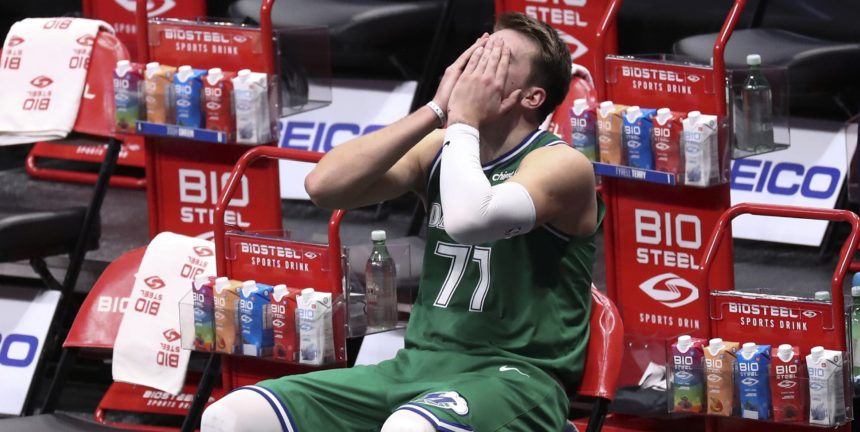 Luka Doncic on 'terrible' Mavericks: 'It looks like we don't care if we win'

“Terrible,” Doncic told reporters via Zoom. “There’s really not much to say. I’ve never felt like this. We got to do something, because this is not looking good. We got to step up and just talk to each other and play way better than this. It’s mostly effort.”

“I would say, like, right now it’s looking like we don’t care, honestly, if we win games or not. We got to have more energy, more effort, dive for every ball, box out. Everything. It’s a lot of things that we can improve, and I know we will and that’s all that matters there.”

"Terrible. There's really not much to say... Right now it's looking like we don't care, honestly, if we win games or not."

The Mavericks are currently 8-11, which is the third-worst record in the Western Conference. They have lost four-straight games, and seven of their last nine.

It’s worth noting that Dallas has been missing a number of key players throughout this season, which explains some of their issues. Until recently, they were without Josh Richardson, Dwight Powell and Dorian Finney-Smith for two weeks due to the NBA's health-and-safety protocols; now, Maxi Kleber is sidelined for the same reason. Kristaps Porzingis missed 10 games to start the year as he recovered from a meniscus injury.

The team is finally returning to full strength, but they’ve been trying to compete with a depleted roster in recent weeks. And while four-consecutive losses sounds bad, it’s more understandable when you see that they played the red-hot Jazz (twice), Denver Nuggets and Houston Rockets.

Fortunately for the Mavs, nine of their next 10 games are at home. That should help them get back on track, especially since that stretch includes contests against sub-.500 teams such as the Minnesota Timberwolves, Detroit Pistons and New Orleans Pelicans, as well as winnable games against the Golden State Warriors, Atlanta Hawks and Portland Trail Blazers among others.

Doncic was widely regarded as the preseason favorite to win this year's Most Valuable Player award, with fans, media and executives alike predicting that he'd take home the award. However, he got off to a bit of a slow start and he has struggled with his shot this season.

The Mavericks’ next game is tonight at 9 p.m. ET against the Phoenix Suns.