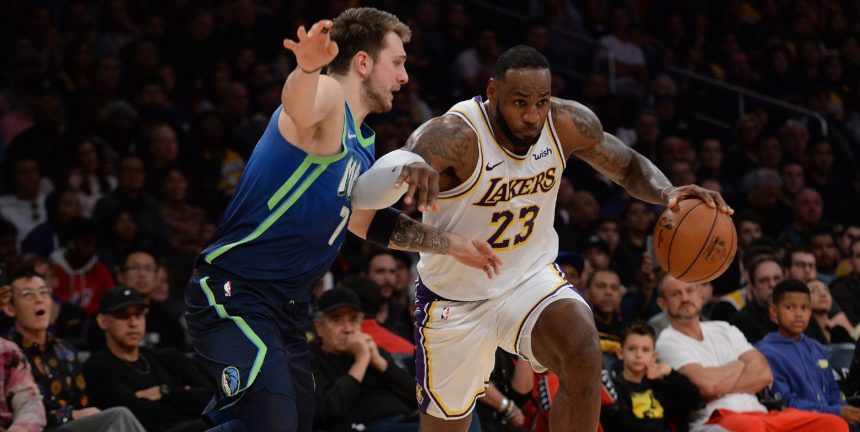 With the 2020-21 NBA campaign underway, there’s plenty to be excited about if you’re a basketball fan. And to make things even more interesting, many fans are putting their money where their mouth is when it comes to predicting this season’s results.

Which NBA team will win this year’s championship? That’s been the most popular wager placed at BetMGM so far this year, as more than 90 percent of bets placed have been on this particular prop.

The Los Angeles Lakers have received the most bets to win this year’s title, getting 23 percent of the bets through BetMGM. The Denver Nuggets (11 percent), Philadelphia 76ers (10 percent), Brooklyn Nets (9 percent) and Golden State Warriors (7 percent) are also popular picks to win it all among bettors.

Bettors are also interested in this year’s Most Valuable Player race. As of now, Luka Doncic has received the most bets (14 percent) for MVP. Nikola Jokic (9 percent), LeBron James (8 percent), Kevin Durant (7 percent) and Joel Embiid (7 percent) round out the top five.

Giannis Antetokounmpo has won the MVP award in back-to-back years, so it's somewhat surprising that he hasn't received more bets. However, voter fatigue may prevent him from taking home the MVP trophy for a third consecutive year.

The Rookie of the Year race is wide open entering this season, but two players have stood out to bettors as ROY candidates: Obi Toppin of the New York Knicks and LaMelo Ball of the Charlotte Hornets. Toppin has received 23 percent of ROY bets, while Ball has received 21 percent. Cole Anthony (14 percent), Tyrese Haliburton (9 percent) and Deni Avdija (7 percent) are getting some love from bettors, too.

Finally, there’s the Most Improved Player prop bet. As of now, the two players who have received the most bets are teammates on the Denver Nuggets. Michael Porter Jr. has the most bets (29 percent), and the runner-up is Jamal Murray (13 percent). Zion Williamson (9 percent), Deandre Ayton (7 percent) and Shai Gilgeous-Alexander (7 percent) round out the top five.