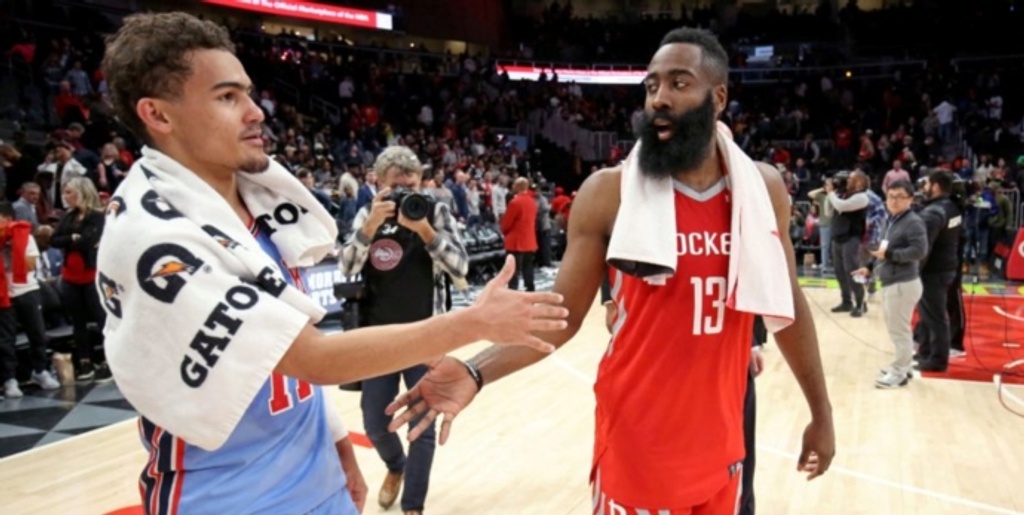 The NBA landscape was rocked this afternoon when the Houston Rockets traded James Harden to the Brooklyn Nets as part of a massive four-team blockbuster that included the Indiana Pacers and Cleveland Cavaliers. The news instantly dominated basketball conversations on social media.

Right before my nap huh . Most entertaining sport in the business

Here are some more social-media posts from NBA players watching the drama unfold:

That’s a lot of firepower in Brooklyn https://t.co/6JIi5YxM7k

A live look at the NBA right now.... pic.twitter.com/kdYIJqY2TC

Trapped in hyperbaric chamber for >2hrs and sheesh...

I’m pretty sure Deandre Jordan will be starting but yes they look great on paper tho! Carry on... https://t.co/9O8W2RLbtH

I hope Steve Nash knows magic cause getting three ball dominant players to work well together for the Nets is going to require special tricks!

Royce O'Neale of the Utah Jazz was shocked and sent his best wishes to Taurean Prince, who was traded from the Nets to the Cavaliers:

Cavaliers forward Larry Nance Jr. took note of Cleveland adding yet another big man when they acquired center Jarrett Allen in the deal:

Sexland is now surrounded by trees