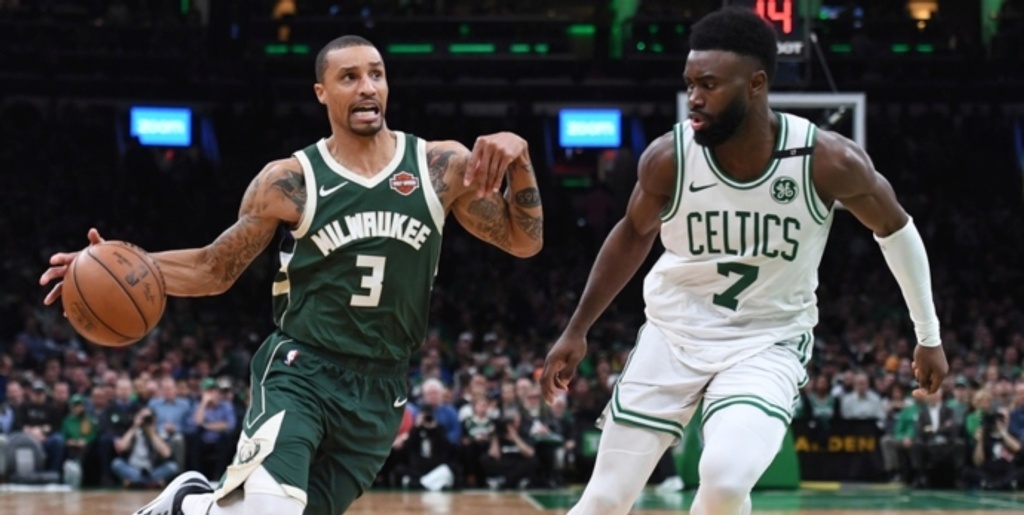 This year’s end-of-season award recognizes five players whose exemplary work advanced social justice and provided COVID-19 relief and support, reflecting the longstanding passion of NBA players to give back to their communities and stand up for the principles of equality, diversity and inclusion.

The five recipients made concerted efforts throughout the 2019-20 season – which extended nearly a full calendar year including the league’s hiatus and restart – to leverage their platforms and voices to engage, empower and support different communities amidst the unprecedented coronavirus pandemic and social justice movement following continued incidents of racialized violence against Black men and women.  Each winning player will receive $10,000 to their charity of choice, a donation from the NBA and Kaiser Permanente.

Barnes has provided meaningful support to youth, families and frontline workers in Sacramento, Dallas and Ames, IA.  Barnes and his wife, Brittany, donated $40,000 to deliver weekly groceries for families and senior citizens in Sacramento and contributed an additional $40,000 to Hunger Busters, a local non-profit that provides daily meals for Dallas Independent School District students, and $10,000 to the Boys & Girls Club of Greater Dallas.  Barnes provided nearly $200,000 for refurbishments to his alma mater Ames High School to assist with safe and healthy learning.  He continues to take a leadership role in fighting for meaningful change to combat racial and social inequities, speaking about the importance of civic engagement and voting at a peaceful protest in downtown Sacramento in support of Black Lives Matter following the tragic murder of George Floyd.  As part of the season restart, Barnes dedicated each Kings game to a different organization, including the Trayvon Martin Foundation, The Botham Jean Foundation, The Atatiana Project, Mothers Against Police Brutality, The Michael Brown Foundation, Tamir Rice Foundation, Champion in the Making and the African American Policy Forum, contributing $25,000 to each non-profit created by the families of victims of police brutality and gun violence.  Barnes has selected the African American Policy Forum as the recipient of his donation.

“It is a great honor to be named among the winners of the NBA Community Assist Award, which I proudly share with my wife, Brittany,” said Barnes.  “Brittany and I remain committed to helping the communities we are connected to, specifically showing our support for families affected by police brutality.  We dedicate this award to the legacy of Breonna Taylor and we stand with organizations such as #SayHerName with African American Policy Forum to shine a light on Black women and girls who have been victims of police brutality.  We cannot forget them, and the Black men senselessly killed.  Our efforts are not done, and we will continue to make a difference to fuel racial and social justice.”

Brown has continuously demonstrated leadership in Boston and Atlanta and throughout the hiatus and restart, organizing action and advocating for racial and educational equity.  Following the killing of George Floyd, Brown drove 15 hours to his native Atlanta and organized a peaceful march on May 30.  Brown’s impassioned advocacy towards social justice inspired the Boston Celtics United for Social Justice campaign, a multi-focus commitment to addressing racial injustice and social inequities in the greater Boston area.  In response to the pandemic, Brown made a significant contribution to the Boston Resiliency Fund, a city-led effort to assist communities most impacted by the pandemic.  His generous donation provided meals for senior citizens and families most in need, new technology for students as they transitioned to remote learning as well as continued support for first responders.  Brown has selected the 7uice Foundation as the recipient of his donation.

On receiving the 2019-20 End-of-Season NBA Cares Community Assist Award presented by Kaiser Permanente, Brown shared, “There is so much more work to be done.”

Hill and his teammates were instrumental in encouraging members of the NBA family to leverage their collective platforms to advance social justice.  Electing not to play on Aug. 26, Hill and the Bucks organized a call with Wisconsin Attorney General Josh Kaul and Lieutenant Governor Mandela Barnes to discuss meaningful measures to address criminal justice reform.  In April, he partnered with Represent Justice for a conversation with Xavier McElrath-Bey, who was formerly incarcerated, about the criminal justice system following the Bucks’ Play for Justice game at Racine Correctional Institution in December.  Particularly focused on education, Hill collaborated with community leaders in his hometown of Indianapolis to open Him By Her Collegiate School for the Arts, preparing underserved students for college entry and postgraduate success, and created a youth mentorship program to help Milwaukee Public School students stay engaged during the pandemic called George’s Gentlemen.  To support those impacted by COVID-19, Hill donated meals to health care workers and contributed to the Bucks Emergency Relief Fund to provide financial relief to Fiserv Forum employees.  Hill has selected Represent Justice as the recipient of his donation.

“Every day we have to live our lives with greater respect and purpose.  This isn’t a one-person battle, it’s a battle for the entire world,” Hill said.  “Now is the time for us to come together as one and embrace each other, love one another and grow together.  Humanity is something we’re lacking, and I will continue to do my job to bring back those attributes that we lack today in every community.”

As President of the National Basketball Players Association, Paul played an integral role in ensuring the goal of the season restart would be to take collective action to combat systemic racism and promote social justice, working in partnership with the NBPA and NBA to create social justice messages on jerseys and the court, provide on campus programs and resources for players and use the game’s platform to increase awareness around civic engagement.  Paul, Portland’s Carmelo Anthony and NBA legend Dwyane Wade launched the Social Change Fund in July dedicated to addressing social and economic justice issues facing Black communities and breaking down the discriminatory barriers to success.  In March, he collaborated with Live Nation to launch an internship program at North Carolina A&T State University, providing students at Historically Black Colleges and Universities with an opportunity to gain experience in the music industry.  As part of the Chris Paul Family Foundation’s efforts to strengthen communities, Paul donated meals to feed more than 200 hospital workers in North Carolina during the pandemic.  Paul’s foundation also partnered with State Farm and Spalding in January to renovate a 30-year-old court at Family T.R.E.E, an organization dedicated to renewing and reunifying families in Oklahoma City, and hosted 100 children from Big Brothers Big Sisters of Oklahoma on a holiday shopping spree, teaching children how to budget their money and give during the holidays.  Paul has selected the Chris Paul Family Foundation as the recipient of his donation.

“The community assist award is such an honor to me any year, but this year in particular,” said Paul.  “Given everything 2020 has thrown our way, it’s important that we the players continue to use our NBA platform to be the voice of the voiceless.  I will continue to amplify and support the front-line organizations fighting for racial and economic justice as well as the tireless efforts of the health care workers keeping us healthy and safe during the COVID-19 health crisis.  I am so thankful for this acknowledgement as it is one of the proudest accolades an NBA player can receive.”

During the pandemic, Powell organized immediate support for families and frontline workers in Dallas.  He joined teammate Luka Dončić, Mavericks governor Mark Cuban and the Dallas Mavericks Foundation in donating $500,000 to the University of Texas Southwestern Medical Center and Parkland Hospital to assist with childcare for frontline workers and provide meals from local restaurants for more than 11,000 health care workers and first responders at the City of Dallas’ Emergency Operations Center, COVID-19 testing sites and local hospitals.  Powell also lifted the spirits of youth during periods of physical distancing, participating in children’s hospital virtual room visits, delivering congratulatory messages for 2020 graduates, and making personal phone calls and videos encouraging positivity.  He continues to support cancer patients and their families through the Dwight Powell Children and Family Support Fund and as part of NBA restart, orchestrated the entire Mavericks roster to select “Equality” to wear on their jerseys. Powell has selected Champions of Discovery as the recipient of his donation.

“In my opinion, being a member of a community means lending your neighbor a hand whenever needed and searching for ways to help make your community a better place for all who live there,” Powell stated. “Furthermore, this year has presented us all with challenges that I feel should have reminded us that we are part of a much larger community than our NBA market.  The issues at hand regarding public health and equality are far reaching and demand all of our attention.  So it goes without saying we as NBA players have felt the need to step up in whatever way we can to try and find ways to help keep people safe, fight for racial justice and urge everyone to register to vote so they too can use their voices. As members of the greater community I feel that’s all of our duties.”

The NBA Cares Community Assist Award presented by Kaiser Permanente recognizes an NBA player each month who best reflects the passion that the league and its players share for giving back to their communities, and honors the standard set by NBA Legend David Robinson, who improved the community piece by piece.  The monthly award recipients in the 2019-20 NBA season included Gorgui Dieng of the Memphis Grizzlies, Kevin Love of the Cleveland Cavaliers, Devin Booker of the Phoenix Suns, DeAndre Jordan of the Brooklyn Nets, Trae Young of the Atlanta Hawks and Langston Galloway of the Detroit Pistons.