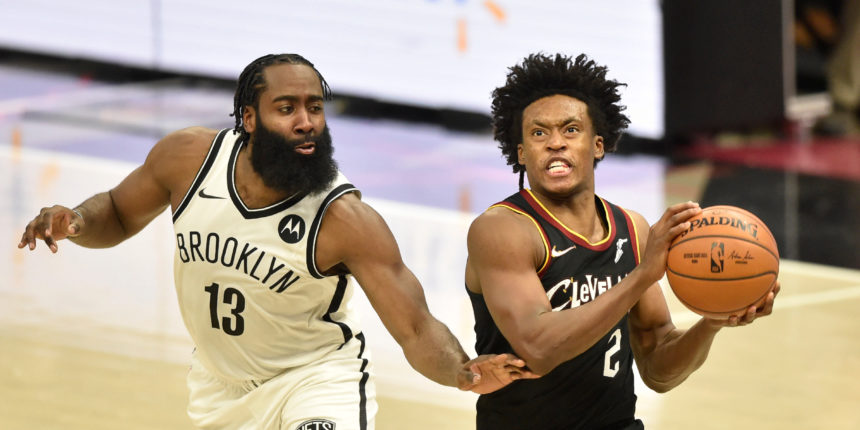 Behind 42 points from Collin Sexton, Cavs stun Nets in 2OT

Collin Sexton led the charge for the Cleveland Cavaliers, who defended home turf in a double-overtime 147-135 triumph. The Nets had Kyrie Irving, James Harden and Kevin Durant on the court together for the first time, but their team-up was not enough on Tuesday.

Sexton scored 42 points to go with five rebounds and five assists for the Cavs (7-7). He spearheaded an eight-player rotation that went through two extra periods, making 16-29 shots and 5-11 three-pointers. The 22-year-old had help from two new Cavaliers who came over in the blockbuster Harden trade: Jarrett Allen (12 points, 11 rebounds, four blocks) and Taurean Prince (17 points, seven rebounds, four assists). Cedi Osman also racked up 25 points on the night.

Brooklyn's star trio did their damage. Kevin Durant dropped 38 points, 12 rebounds, eight assists and four blocks in the loss. James Harden had a 21-point, 10-rebound, 12-assist triple-double. Kyrie Irving, in his first game back in about two weeks, tallied 37 points.

But the Nets had to dig themselves out of a nine-point hole after three quarters to even push the game to OT. When they took a five-point lead early in the first overtime period, Sexton led a resilient charge. Then, the Cavs outscored Brooklyn 20-8 in the final frame.

At 9-7, the Nets currently sit fifth in the Eastern Conference standings, while the Cavaliers ranking one spot behind them.

Brooklyn and Cleveland will face off again on Friday at 7:30 p.m. ET.