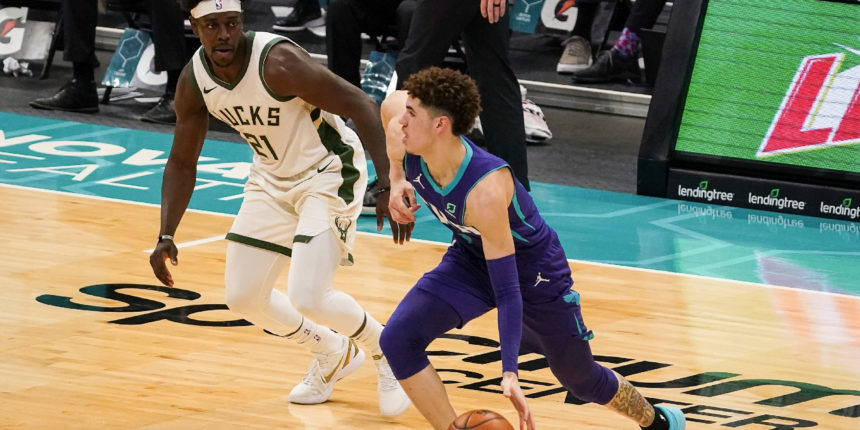 The Charlotte Hornets have announced that LaMelo Ball will make his first career start tonight.

Ball, the third overall pick in the 2020 NBA Draft, will replace the injured Terry Rozier, who is out Monday versus Miami due to a sprained ankle. He is averaging 12.2 points, 6.1 assists, 5.1 rebounds and 1.5 steals per game as one of the early frontrunners for Rookie of the Year. Already, Ball is the youngest player in NBA history to put up a triple-double, accomplishing the feat on Jan. 9 against the Hawks.

The 6-foot-6 point guard most recently dropped 27 points, nine assists and four steals in a win against the Milwaukee Bucks.