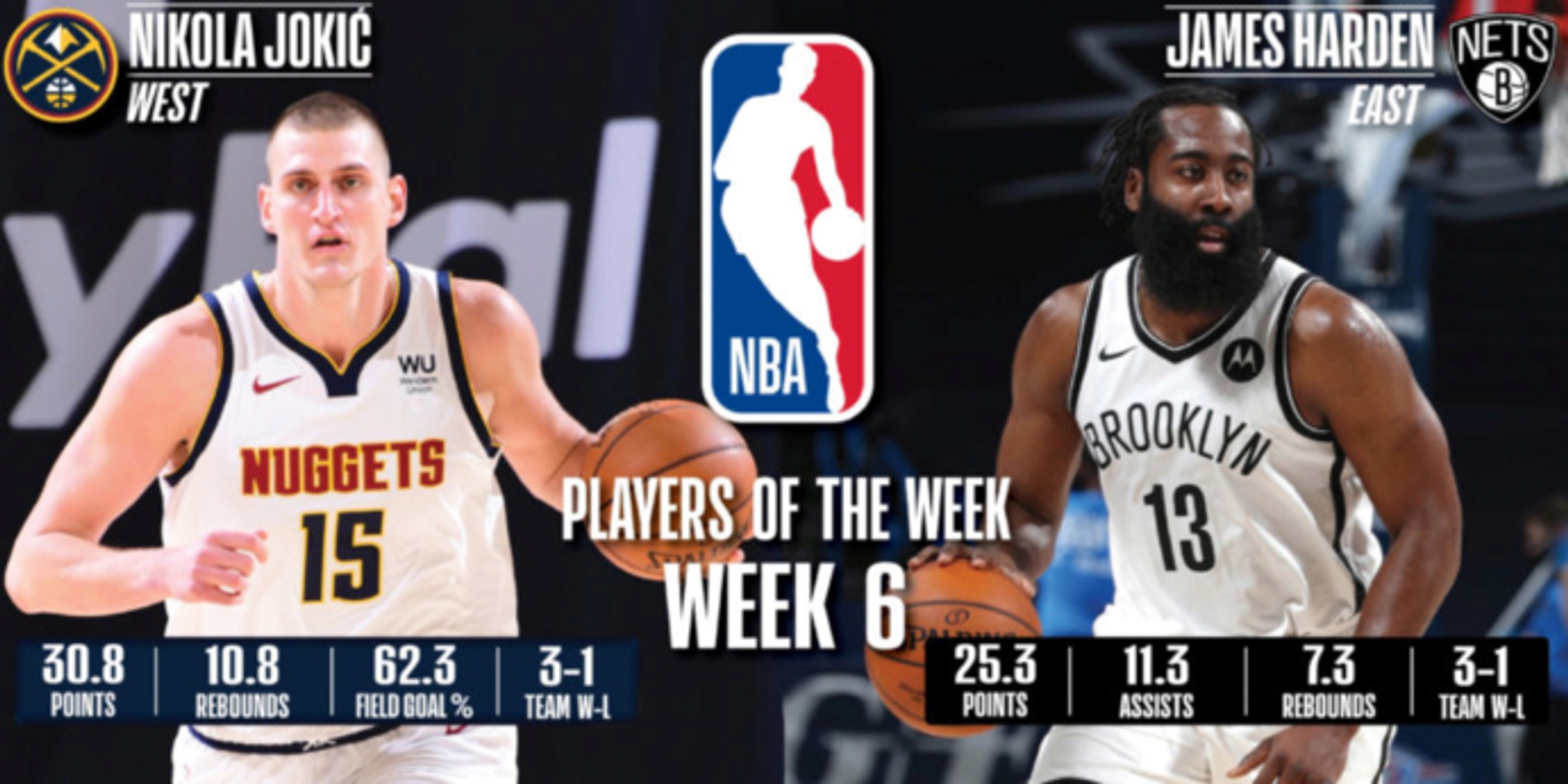 The NBA announced its Player of the Week honors for the week of Jan. 25-31 on Monday afternoon, and it featured couple of "firsts" for this current season.

Nikola Jokic represented the Western Conference well by earning the award for the second week in a row to, the only player to do so in either conference this season. The Denver Nuggets are on a tear since a tough start to the year, and it is much in part to Jokic's magnificent play. He's firmly cemented himself into the Most Valuable Player conversation, with an increase in minutes and scoring output.

On Sunday, he scored a regular-season career-high 21 points in the first quarter against the Utah Jazz (similar to his 22 first-quarter points in Game 5 vs. them in the playoffs) en route to a career-high-tying 47 in total. In this particular stretch of four games, Jokic averaged 30.8 points and 10.8 rebounds while shooting 62.3 percent from the field.

For the first time in the 2020-21 campaign, Brooklyn Nets guard James Harden earned the honors for the Eastern Conference. A bit timid a few games after the "honeymoon" phase with the team, the Beard is attacking offenses and drawing attention as he always has. Trying to figure out who's playing first, second and third fiddle is not an easy task, but it looks like the Nets have begun to click on that end of the floor (the other is a different story).

Still, Harden was a critical player in the closing moments against the Atlanta Hawks and has been since his arrival, as evidenced by his extremely efficent 25.3 points, 11.3 assists and 7.3 rebounds in the 3-0 stretch Brooklyn just had prior to Sunday's loss to the Washington Wizards -- a game Harden didn't play in.