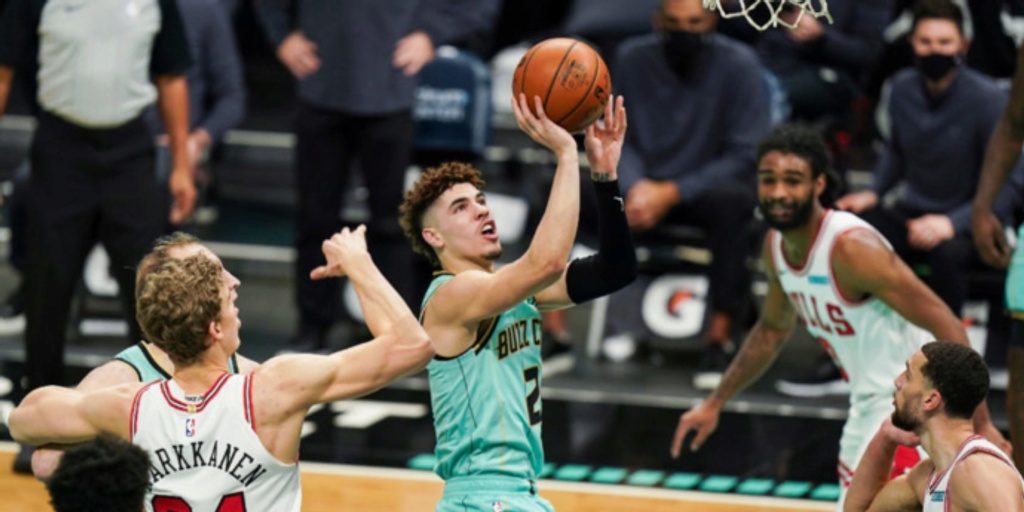 LaVar Ball on LaMelo: 'My sons are not freakin' role players'

LaVar Ball recently spoke with TMZ about his son, LaMelo, and his role with the Charlotte Hornets.

"My thing is he ain't happy with that, but he ain't gonna show that," Ball said. "If I train you to be the best and always been starting all your life -- here is what they don't get. My boys are not freakin' role players! They superstars! Let them do what they do!"

After Friday's loss to the Chicago Bulls, Hornets head coach James Borrego was asked why Ball hasn't been moved to the starting lineup. Ball had just 7 points, 2 assists and 5 turnovers in 17 minutes against the Bulls, and Borrego had a snarky response.

“If you’re turning the ball over five times in 16 minutes, that ain’t gonna cut it for me," Borrego said, according to The Charlotte Observer. "If you’re doing that on the offensive end, you better be bringing something defensively.”

During the TMZ interview, LaVar also confirmed that his other son, LiAngelo, intends to play in the NBA G League bubble, saying, "That should happen." He listed the middle Ball brother as a 6-foot-7, 245-pound wing.

"When their contracts are over, who's to say that [when] all the LeBron drama and everything in L.A. is over with and they losing, my Ball boys decide, at the top of their game, they say, 'You know what? Let's all decide to go to L.A.,'" Ball said. "Who ain't gonna take them Ball boys? ... [When] AD is gone -- his contract is up -- LeBron is gone, I mean, you gonna need a buzz and you want to win! Now, the Ball boys say, 'We back in L.A. What's going on?'"

At the end of the interview, Ball said that a Big Three of LaMelo, Lonzo and LiAngelo would be better than the Brooklyn Nets' Big Three of Kevin Durant, James Harden and Kyrie Irving.