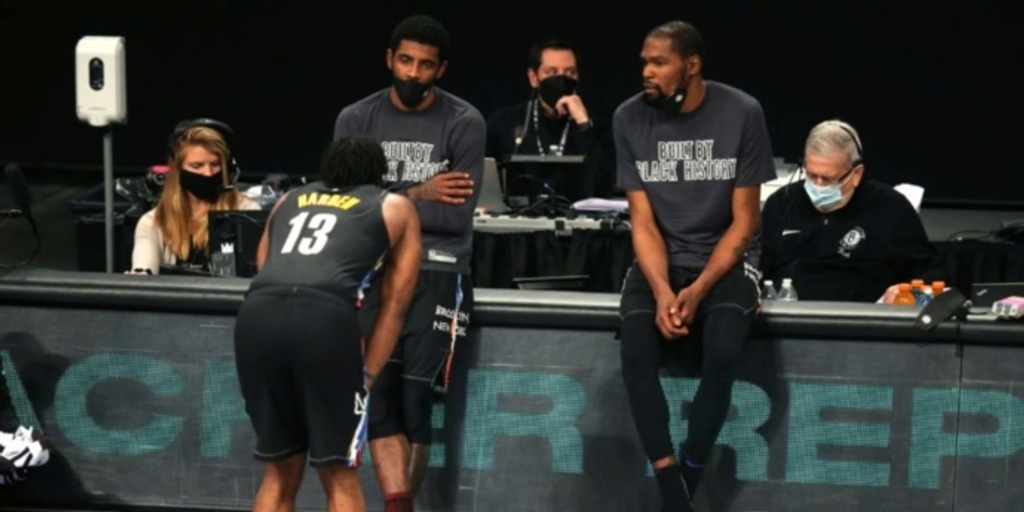 After Brooklyn's 134-117 win over the Golden State Warriors, Kyrie Irving let reporters know how the role-sharing process between him and James Harden is going.

“I feel like he’s been doing a great job of just managing the point guard role,” Irving said. “We established that maybe four days ago. I just looked at him and I said, ‘You’re the point guard, and I’m going to play shooting guard.’ That was as simple as that. He’s been taking control of the responsibilities and doing an incredible job. It just makes my job easier to just go out and play free and just make plays. It’s a luxury. I just want to continue it.”

Irving is averaging a career-high 27.6 points per game for the Nets, who improved to 16-12 with Saturday's win. He scoring 23 points in the victory, while Harden notched a double-double with 19 points and 10 assists.

Since coming to Brooklyn, Harden has averaged 23.0 points and 11.6 assists per game; the assists would serve as a career-high number. He also leads the league with 11.0 assists per game this season in total.