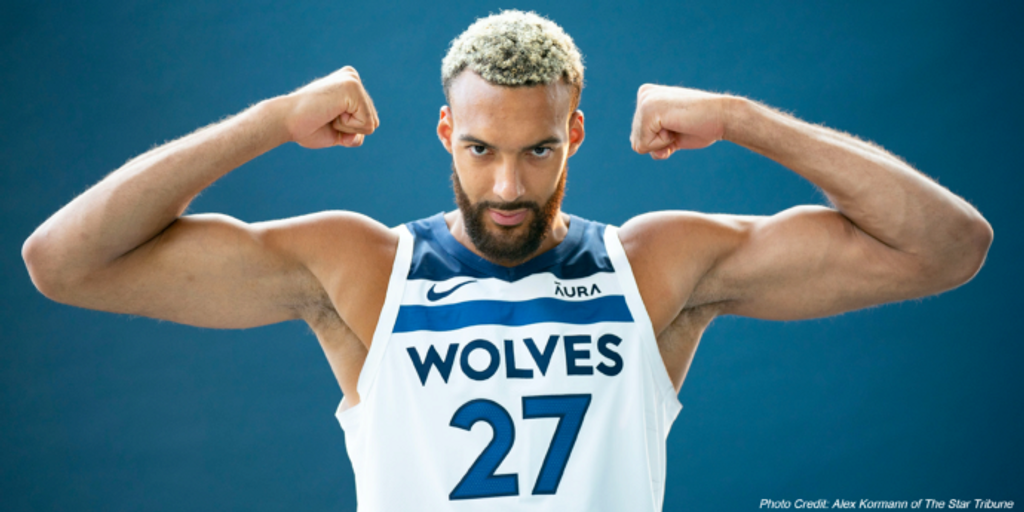 The Minnesota Timberwolves disturbed the basketball universe when they paid a premium price for Rudy Gobert, sending back a package to the Utah Jazz that did not include Karl-Anthony Towns, who plays the same position.

Immediately, most people had questions. How will Gobert and Towns fit together on the court?

The short answer? Better than you may think.

In a world where small ball is king, Minnesota is going to join a handful of teams in the league that feature two 7-footers in their starting lineup — the Memphis Grizzlies, Cleveland Cavaliers and Milwaukee Bucks. The Bucks are obviously an anomaly due since one of their 7-footers is two-time NBA MVP Giannis Antetokounmpo, but both the Grizzlies and Cavaliers had surprising seasons last year due in large part to the size in their respective frontcourts.

Looking at last season as a blueprint, the pairing of Jaren Jackson Jr. and Steven Adams demonstrates the most comparable fit for KAT and Gobert. And going back to the 2019-20 campaign, the Los Angeles Lakers playing Anthony Davis with either Dwight Howard or JaVale McGee also shows it can work. The one caveat is that Minnesota will have two All-Star big men on the floor at the same time; neither the Grizzlies nor Lakers could claim that.

In this article, we're going to forecast how Gobert and KAT's roles will look on both ends of the floor while both are sharing the court.

Offensively, Gobert will likely function in the same role as he did in Utah, with some more time in the dunker spot. Towns will almost definitely see an uptick in three-point attempts, as he'll find himself floating around the perimeter more often.

On this possession, JJJ sits on the perimeter while Adams is in the same-side dunker spot. Jaren's ability to shoot prevents Aaron Gordon from overhelping on the Ja Morant drive, while the positioning of Adams puts Nikola Jokic in no man's land. Will Barton also has to choose between cutting off the passing lane out to De'Anthony Melton on the perimeter or sealing off Adams.

Whether it is D'Angelo Russell or Anthony Edwards attacking off the drive, placing KAT and Gobert in this kind of set will generate easy buckets for the Timberwolves.

The Timberwolves were limited with their spacing when Towns was the screener due to Jarred Vanderbilt's inability to shoot from the perimeter. On this possession, JJJ can overhelp and force a kick-out to Vanderbilt. Jaren does not have to close-out and sags in the paint defensively as Vanderbilt dribbles up.

This season when Gobert is the primary screener, teams will not be able to help off KAT on the perimeter, creating the space for a drive or an open three, making Minnesota's offense even more potent than it was a season ago.

Picture KAT setting a screen and popping to the perimeter, while Gobert hides out on the weak-side dunker spot and Edwards makes like a freight train down the lane. Ant has not operated as a lob passer in the pick-and-roll, but neither did Mike Conley Jr. before he teamed up with Gobert in Utah.

Let Edwards and Gobert connect just a few times, and we'll wish the rest of the league luck as they attempt to defend that tandem.

While KAT may not be the lob threat that AD is, Minnesota now has the ability to run the above set with Russell or Edwards as the ball-handler getting downhill. There is potential for Gobert to be the screen-and-roller and KAT hiding out in the dunker spot. Either way, the gravity of the big-man duo, plus a few perimeter shooters around them, will put a lot of stress on opposing defenses.

This is an example of the lethal offensive potential the Gobert-KAT pairing creates.

Not only does Gobert commit devastating screens, but he is also an elite roller/lob threat. His gravity is going to force KAT's defender to be in the paint for help. In the video above, Avery Bradley's defender even steps in to chip McGee, leaving LeBron James plenty of space to hit a wide-open AD in the corner. KAT should get plenty of open corner threes off of Gobert rolls to the basket.

Defensively, the opportunity for either Gobert or KAT to be the weak side rim-protector is tantalizing.

Losing Patrick Beverley and Vanderbilt will surely impact the Timberwolves' perimeter defense this season, but, with the addition of Gobert, there simply needs to be a shift in defensive philosophy and game-planning. Teams with an elite shot-blocker tend to funnel the opponent toward that rim-protector. Lacking the perimeter prowess of Beverley, Minnesota still should not worry too much, as a three-time Defensive Player of the Year is anchoring the defense behind them.

Here's an example of one of Gobert or KAT being able to play help-side defense and the value that provides. JJJ is defending his opponent on the block, while Adams is on the weak-side block. Both Gobert and KAT are better rim-protectors than Adams, and are likely to deter opponents from even attempting this shot.

We likely won't see the return of traditional positions and lineups, but this group has the opportunity to be just as unique as the first small ball revolution lineups were.