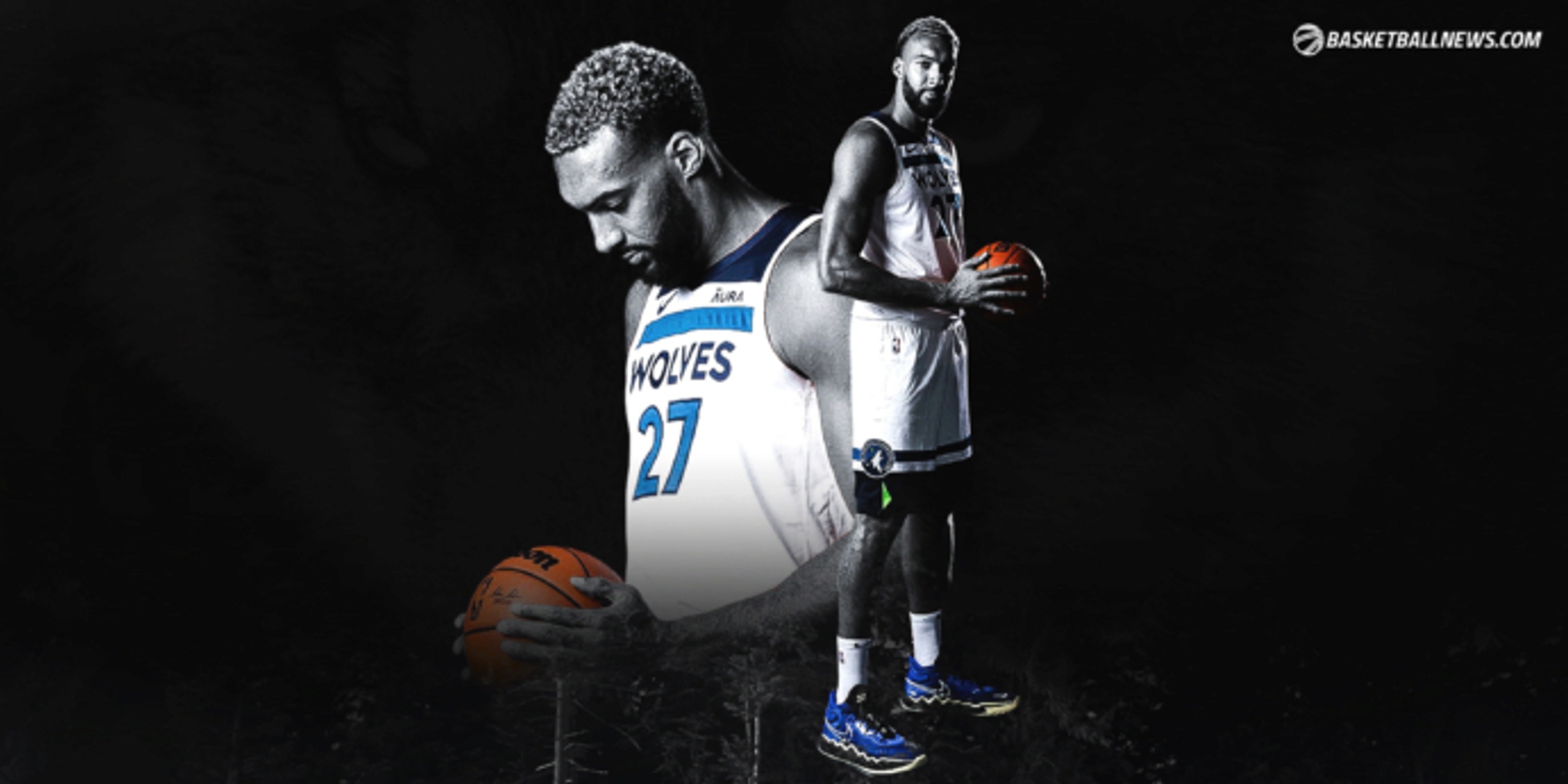 The Minnesota Timberwolves have officially pushed their chips to the middle of the table. Under new management (Tim Connelly) and new ownership (Alex Rodriguez and Marc Lore), the new-look Timberwolves are ready to make a splash within the reloaded Western Conference.

On July 1, Minnesota pulled off arguably their biggest trade in franchise history, securing three-time Defensive Player of the Year Rudy Gobert from the Utah Jazz for a haul of assets. The Timberwolves sent Utah all of the following for their All-Star center: Patrick Beverley, Malik Beasley, Jarred Vanderbilt, Leandro Bolmaro, Walker Kessler (who was just selected in the first round), 2023 first-round pick, 2025 first-round pick, 2026 pick swap, 2027 first-round pick, 2029 first-round pick (top-five protected). It's a massive price for Minnesota to pay, and the Jazz simply couldn’t refuse the franchise-changing package.

Minnesota hired Connelly away from the Denver Nuggets earlier this offseason, giving him equity and a five-year deal worth around $40 million. It didn't take long for the new president of basketball operations to put his fingerprints all over the Wolves' roster. Connelly has long admired Gobert, and he actually drafted him back in 2013 before shipping his rights off to Utah in a draft-night deal. Gobert would blossom into one of the most dominant defensive forces in recent NBA history — singlehandedly transforming the Jazz into an elite unit on that end of the court.

Once Gobert arrived in Minneapolis, there were some questioning his long-term fit alongside fellow star big man Karl-Anthony Towns, who just inked a new supermax extension this week. However, the Timberwolves feel this duo can transcend the current small-ball movement within the Association, with Gobert serving as the accelerant that Minnesota has needed to make a deep postseason run.

“[Gobert] doesn’t inhibit anything we have presently, he makes them better,” Connelly said during Gobert’s introductory press conference on Wednesday. “He augments what we have presently. So, when you look at fit, it’s not just about talent, it’s about kinda developing a team. When you see KAT and you see [D’Angelo Russell] and you see [Anthony Edwards], he’s just going to make them better without kinda putting a roadblock on some of the natural progression we’ve seen the last couple of years. Collectively, all those things are very hard to find. And when we were able to pull the trigger, we were excited to do so.”

Minnesota now has the infrastructure to be scheme-versatile, throwing out different lineup combinations to throw off opposing defenses. With an offensive mastermind like Chris Finch coaching a terrific defensive anchor in Gobert, many people seem to be underselling the immediate impact of this acquisition around the organization.

With the Gobert-Towns duo presenting mismatch problems on a nightly basis and the Wolves’ current defensive infrastructure, this squad has a ton of potential. Defense-first wings such as Taurean Prince, Jaden McDaniels and Kyle Anderson will log heavy minutes alongside Gobert, Towns and Edwards. After boasting the NBA's 9th-ranked offense and 13th-ranked defense last season, Minnesota will be even scarier as a balanced, two-way threat going forward.

On Wednesday, the Wolves’ braintrust spoke glowingly about the impact that Gobert will have on a franchise that has only had one 50-win season over the last 20-plus years.

“It was the perfect fit at the perfect time for the organization,” Finch said. “It’s not often you get the chance to add somebody who brings such a level of professionalism, maturity and experience alongside a young core who fits seamlessly into what we need — and what we need most.”

The Timberwolves have coveted a piece like Gobert, who can turn certain weaknesses (such as their rebounding and defense) into strengths. The equity Gobert provides can go unnoticed, but the possession-by-possession value will be felt immediately by Minnesota.

“When you look at players of Rudy’s abilities, they don’t become available very often," Connelly said. "I think he’s a seamless fit both culturally and on the court in terms of what he can bring to us as a player and as a person. We’re trying to develop winning ways. We’re trying to develop a sustainable team and enjoy winning at the highest level. He’s seen that. He’s seen it at the [French] national team. Obviously, [as a] multi-time Defensive Player of the Year. This guy is going to be a Hall-of-Famer. I’ve been in the NBA a long, long time and there’s only been a handful of those types of calls [for] those types of players that you think can become actionable.

"We gave up some really good players. We lost some guys that were unbelievably impactful, kinda changing this culture. We saw how fun last year was. So, it’s never easy. You don’t want to be dismissive of the guys you give up, obviously a lot of draft capital, but when you get a call, the one we got about Rudy, pretty quickly you realize how unique the situation is and you want to be as aggressive as possible.” 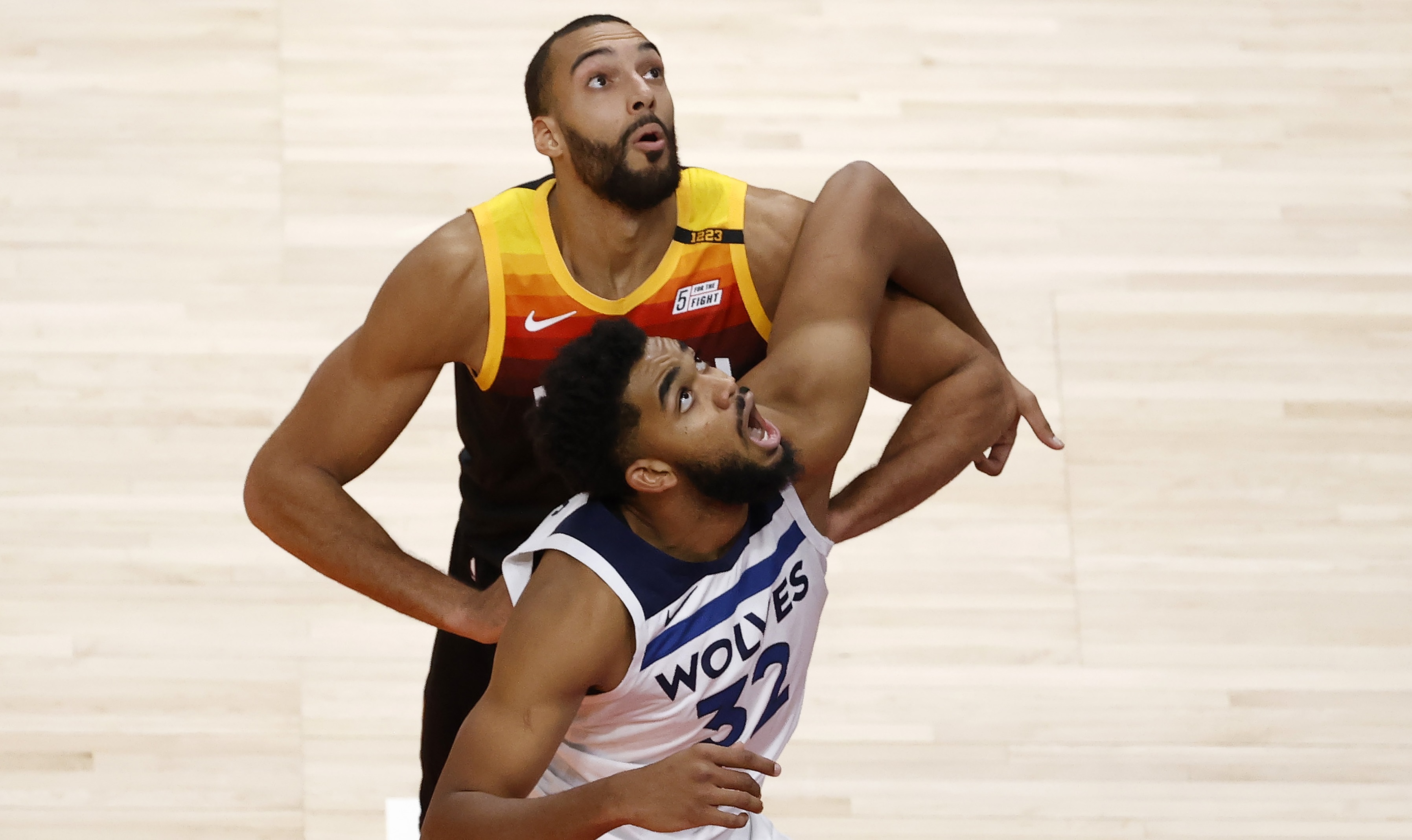 That aggressiveness has helped propel Minnesota forward, and it's possible that the Wolves could improve their win total by double-digits next season (after winning 46 games last year). Take a quick look at the Timberwolves’ projected rotation, which doesn’t have many holes.

The Wolves can roll nine deep within their rotation, and they have three potential All-NBA players within their starting lineup. Minnesota's two-way potential is off the charts, and it's possible that the addition of Gobert can help the Wolves ascend to a level of success they haven’t experienced since the Kevin Garnett era.

If Gobert's impact on the Jazz is any indication, Minnesota could become a regular-season juggernaut with a top-tier defense. Over the past two seasons in Utah, Gobert carried the NBA’s best defensive unit. With Gobert off the court, Utah plummeted into the bottom third of the Association in defensive rating.

Simply put, it's incredible that a single player could have such an enormous impact. Having Gobert will make life a lot easier for the Wolves' other players and Finch.

“He’s a defensive microcosm unto himself,” Finch said of Gobert. “I think we’re going to have to build a system that’s flexible enough to be able to take on the different looks we’re going to see. Some of that’s going to happen as we go along; some of that we prepare for. Offensively, I don’t see a whole lot changing, honestly.”

When Gobert first learned of Minnesota’s interest, he was surprised because of Towns’ presence. However, the more he thought about the potential pairing alongside KAT, Gobert loved the idea. He's excited about this new challenge and environment. Gobert told his agent that he needed a day or two to think about it. But later that night, as Gobert put it, he realized that playing next to a generational offensive talent in the frontcourt would be the most exciting possibility for his career.

The Gobert-Towns duo will force teams to pick their poison on either end, and a coach like Finch will quickly figure out how to exploit those leaks on a consistent basis. Also, the potential for Edwards and Russell’s games to blossom alongside Gobert can’t be overlooked. Minnesota is betting on Edwards to take the leap to superstar, and his recent postseason performance suggests that he’s ready to do so. Russell should also see much easier looks and improve his efficiency, especially in the pick-and-roll thanks to Gobert’s in-action gravity effect.

This a gamble that is going to play out over the next four years in Minnesota, but it's rare for a small-market team to have a trio of stars. The Wolves aren't afraid to spend money in order to take the next step as a franchise; in 2025-26, Gobert and Towns will make a combined $99.5 million, and that doesn't include Edwards' upcoming rookie-scale max extension.

When the Timberwolves began exploring serious trade discussions to add another star-caliber player, Gobert was the target who stood out most.

“A couple weeks ago, we put names on the board that we thought were elite guys, guys that were difference-makers,” Connelly said. “[It's] a very small list — we have a couple of those guys on our team. When you’re able to add a difference-maker and not trade a guy in that kinda similar tier, it’s rare. So, when we started having those discussions more specifically, his name kept popping up.”

Like all trades, it will take years before we know whether the Wolves made the right move. The decision to go all-in is all about opportunity cost, and Minnesota simply felt that Utah's asking price was worth it.

Don’t sleep on the Timberwolves next season. After adding Gobert, they are poised to have an elite unit on both ends of the court, making Minnesota a very dangerous dark horse in the Western Conference.