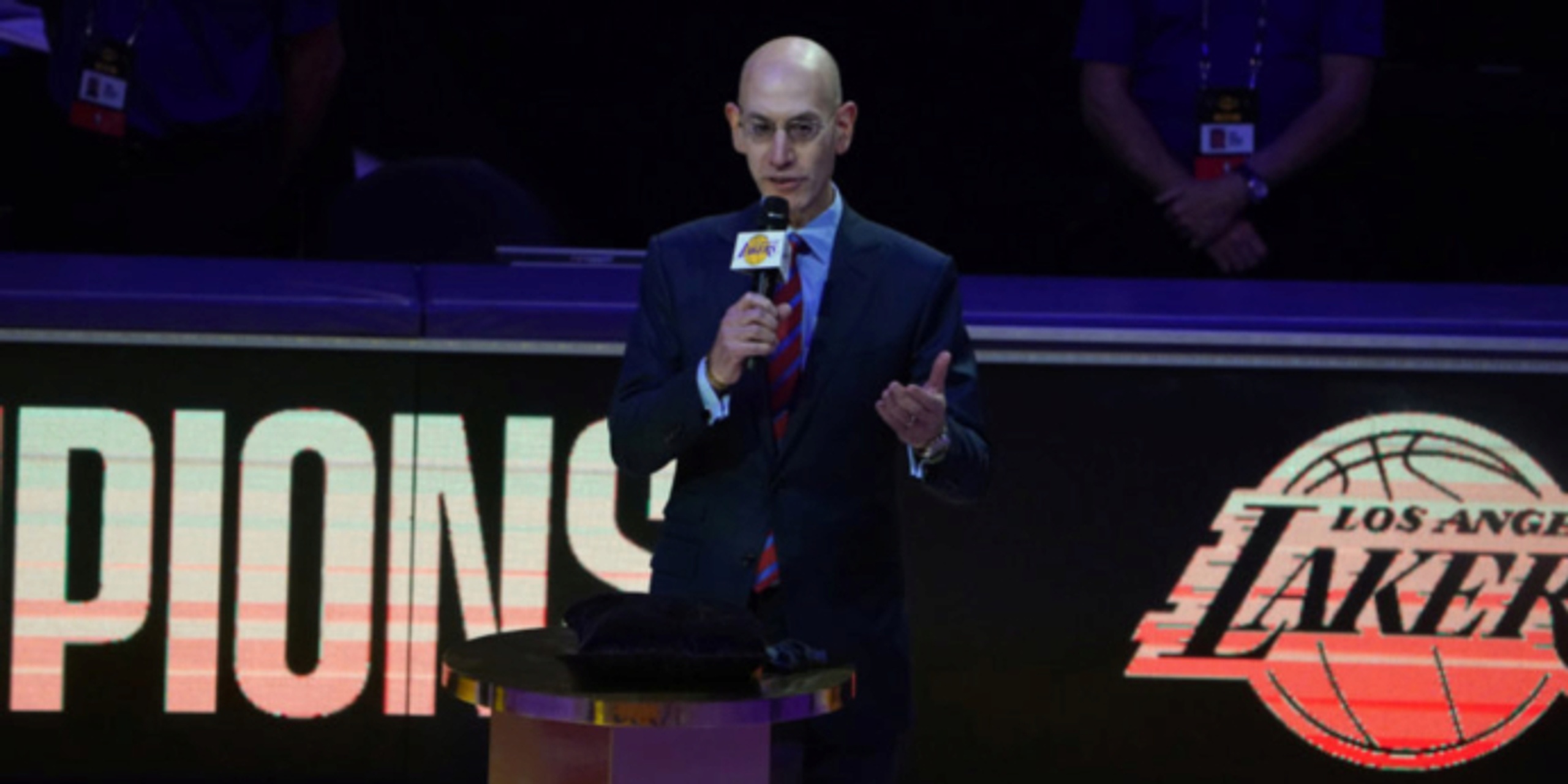 Ever since Adam Silver published an op-ed column in the New York Times in 2014 calling for the legalization of sports gambling, the NBA has been at the forefront of making sports gambling a mainstream activity – which it has become in about half of the United States.

This is why Charles Barkley is making picks on TNT every Thursday night, why local broadcasts in many markets are cluttered with sports gambling site commercials and why the odds on any particular game are posted on any popular websites prior to tip-off.

In the year of the pandemic, sports gambling was one of the few major growth industries in America. Much of the money that people used to spend on gasoline, game tickets, commuting costs and restaurant meals was not put into savings accounts, but rather was wagered on all sorts of professional sports.

Sports gambling was illegal in every state except Nevada and Delaware until the Professional and Amateur Sports Protection Act was overturned by the U.S. Supreme Court on May 14, 2018. Since then, states have been allowed to set their own rules, and sports gambling is now legal in 26 states along with the District of Columbia.

NBA basketball accounted for a large percentage of those wagers, and the amount of things you can wager on is dependent upon where you live. The biggest states -- New York, California and Texas -- have not passed sports gambling legislation, and thus are no-fly zones for the sportsbooks competing for all of the gambling money that is out there.

But more and more states are legalizing the industry, most recently in Michigan, Louisiana and Tennessee, where pro sports teams have been quick to partner up with sports gambling companies.

What follows is a primer on what can be wagered on in the NBA on a daily and season-long basis.

Point Spread: The books set this line with the goal of having half of the money wagered on each of the two teams, thus allowing the book to make money through its cut of the total amount wager (the percentage varies state by state and company by company). Tonight, for example, the Portland Trail Blazers are 5-point favorites over the Golden State Warriors. If Portland wins by 6 or more, Blazers bettors win. If Golden State wins or loses by 4 or less, Warriors bettors win. If the game ends up being decided by 5 points, all money is refunded.

Futures: These types of bets concern a team or a player’s long-term prospects. For example, even though the Orlando Magic are near the top of the Eastern Conference standings, the odds of them finishing in first place are currently +6000, also known as 60-1. The odds of Steve Clifford’s team winning the title are 150-1. (The favorite is the Los Angeles Lakers at +230, meaning a $100 wager would return $230).

Among player futures, these are usually tied to postseason awards. Luka Doncic is currently the favorite at 4-1, followed by Giannis Antetokounmpo at +450 (or 9/2). Trae Young’s odds have dropped from 50-1 to 25-1 in the past two days. James Wiseman (+250) is the favorite for Rookie of the Year, followed by Anthony Edwards (+350). Christian Wood of the Houston Rockets is a heavy favorite for Most Improved Player at +240, followed by Michael Porter Jr. at +800. Shai Gilgeous-Alexander was the preseason favorite.

Experienced gamblers in states where the practice is legal often like to bet quarter-by-quarter and half-by-half, charting different teams’ tendencies (i.e. early in the season, the Knicks were getting clobbered every second half). So called “sharp” bettors -- who are monitored by the books because they have a high rate of success -- have an infinite number of determining factors in making their wagers, including the tendencies of some referee crews to call more fouls (thus awarding more free throws) than other officiating crews.

Gambling is a slippery slope and is not for everyone, but making small bets in states where it is legal is a way to make each game a little more exciting. But it is not for everyone, and Gamblers Anonymous is always there for people who believe their wagering has gotten out of control.