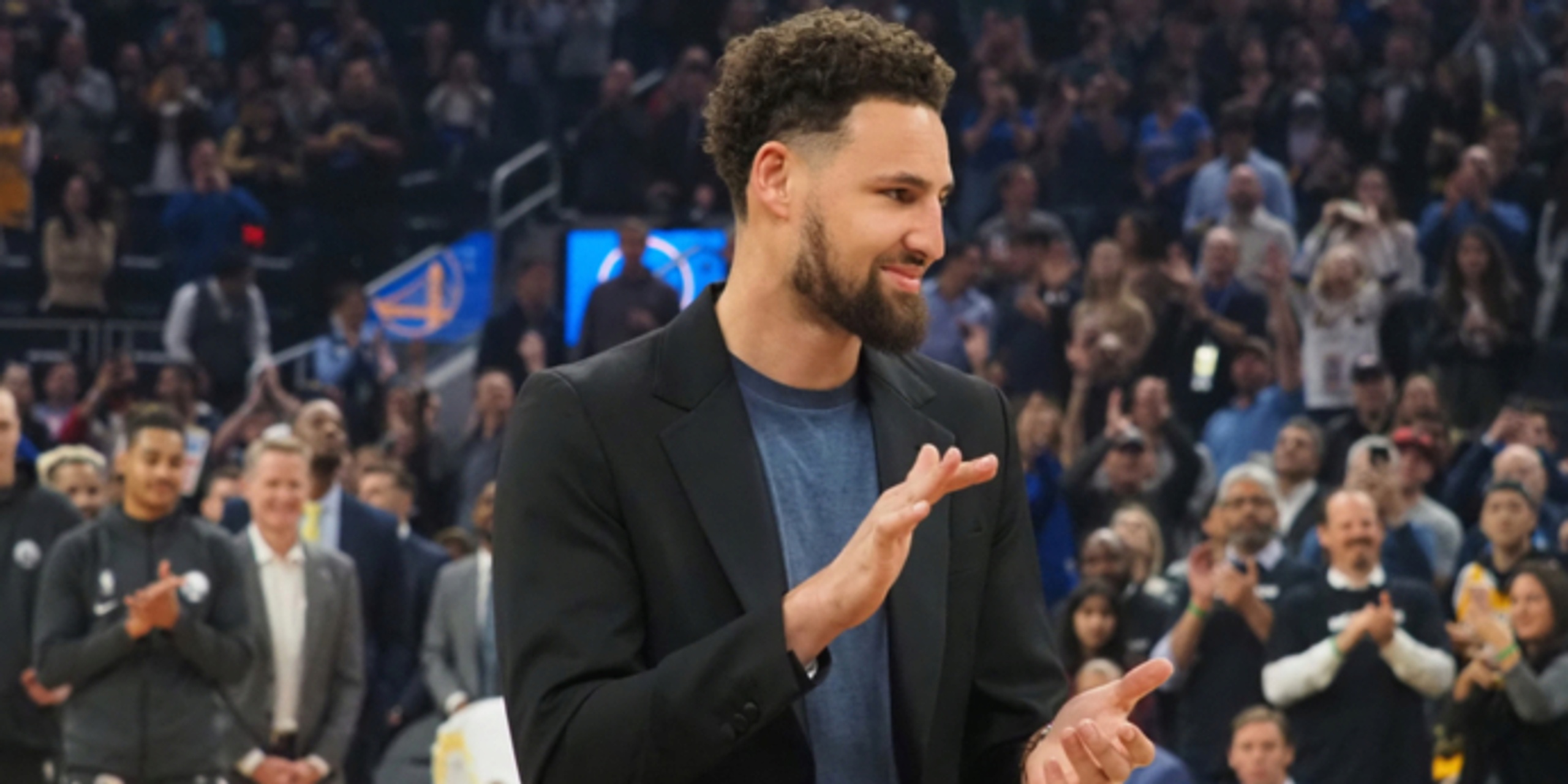 Bad news ruled the day Thursday, as the NBA universe once again mimicked the world at large. Klay Thompson is out for another year, and the long, dark winter that will include a lot of fresh faces in new NBA places will be proceeding without one of the league’s best players.

The year 2020 has been unrelenting when it comes to unwelcome surprises, and the Golden State Warriors and their fans took one on the chin over the past 24 hours.

But while the Warriors were skirting the panic zone, it was safe to say the Philadelphia 76ers, Minnesota Timberwolves and New York Knicks emerged looking a whole lot better after Wednesday night’s NBA Draft and Thursday’s transaction news. The unfortunates included television viewers who expected clarity over the course of draft night, along with the Milwaukee Bucks, whose deal for Bogdan Bogdanovic is in hiatus mode.

The NBA churned forward Thursday with the countdown to opening night now 33 days away, and the deadline for Giannis Antetokounmpo to accept or reject a supermax offer from the Bucks sitting at 31 days. Yes, Jon Horst is on the clock, and if pen does not meet paper on that supermax deal, let’s just say we will have a new Most-Likely-To-Be-Traded candidate replacing Russell Westbrook.

A total of 11 trades were made over the course of the four-plus hour draft, and confusion reigned throughout the night on TV. It was best exemplified when Kentucky coach John Calipari came on the air after pick No. 25 was Wildcats point guard Immanuel Quickley and said, “You guys realize he’s going to the Knicks, right?”

The pick had been made by the Thunder and was part of multi-team transactions involving New York, Minnesota and Oklahoma City. With so many moving parts and so many deals taking place simultaneously, it was not immediately apparent that New York emerged with the SEC Player of the Year, along with the consensus College Player of the Year, Dayton’s Obi Toppin.

Leon Rose, William Wesley and Tom Thibodeau made more moves Thursday; they let go of Elfrid Payton, Taj Gibson and Wayne Ellington and declined the team option on Bobby Portis, setting themselves up for free agency as one of the handful of teams with a ton of salary cap space. New York and Atlanta are reportedly interested in Gordon Hayward, who declined his $34 million player option with the Boston Celtics this evening.

That put the Knicks the winners column along with the Sixers, both for what they did in the trade market and what they did in the draft. Early in the day Wednesday, new Philadelphia president of basketball operations Daryl Morey dealt Al Horford and the $81 million remaining on his contract to Oklahoma City for Danny Green, then picked up Seth Curry (Doc Rivers’ son-in-law) from Dallas for Josh Richardson.

Then, with the 58th pick, Morey picked up a sleeper in DePaul’s Paul Reed, and rest assured that Rivers went to sleep happier than he awoke. He now has two new shooters, two new defenders and a better chance of competing with the Milwaukee Bucks and Brooklyn Nets for an Eastern Conference title.

As for the Bucks, their acquisition of Kings forward Bogdan Bogdanovic is in jeopardy. Bogdanovic stood to make $60 million over four years in a sign-and-trade deal, but wants to see if even bigger money is offered by one of the few teams with major cap space -- none of them contenders unless Miami loses Goran Dragic and Jae Crowder in free agency.

Milwaukee began the week agreeing to a pair of major deals to help ensure that Antetokounmpo stays around for the long term, but they may have to find another shooter elsewhere if the Bogdanovic deal dies. They may have found one with the 60th pick in the draft in Utah State’s Sam Merrill, but Bogdan had a body of work that they clearly liked.

The Minnesota Timberwolves were a clear winner because they emerged not only with No. 1 pick Anthony Edwards, but also with a new starting point guard in Ricky Rubio (D’Angelo Russell will probably be spending time at shooting guard next season). Along with two more first-round picks, they also brought in rookie building blocks with Jaden McDaniels (Washington) and Leandro Bolmaro (FC Barcelona), both of whom should be NBA-ready a year from now when Karl-Anthony Towns will be 26. Next up for Gersson Rosas is to find a power forward (he moved James Johnson’s expiring $15.3 million contract to Oklahoma City today). The Wolves’ pick next season (protected 1-3) is owed to Golden State from the Russell acquisition.

Golden State, despite coming out of the draft with 7-foot-1 James Wiseman (best described as a mix of David Robinson and Chris Bosh), now must contemplate yet another season that may not include Thompson after the veteran sharpshooter tore his Achilles while working out in Los Angeles on Wednesday. Thompson has not played since tearing his left ACL in the 2019 NBA Finals.

With Thompson, the Warriors were regarded as a legitimate title contender. Without him, it is arguable whether they will be a top-six team and avoid the NBA’s new play-in tournament involving the Nos. 7-10 seeded teams in each conference. However, Bob Myers was proactive and struck a deal with the Oklahoma City Thunder to soften the blow, bringing the rising Kelly Oubre Jr. to the Bay Area on Thursday.

The days ahead should be fascinating.Teams can made contact with free agents beginning at 6 p.m. EDT Friday (which is when BasketballNews.com's 2020 Free Agency Show will start). Stay tuned...