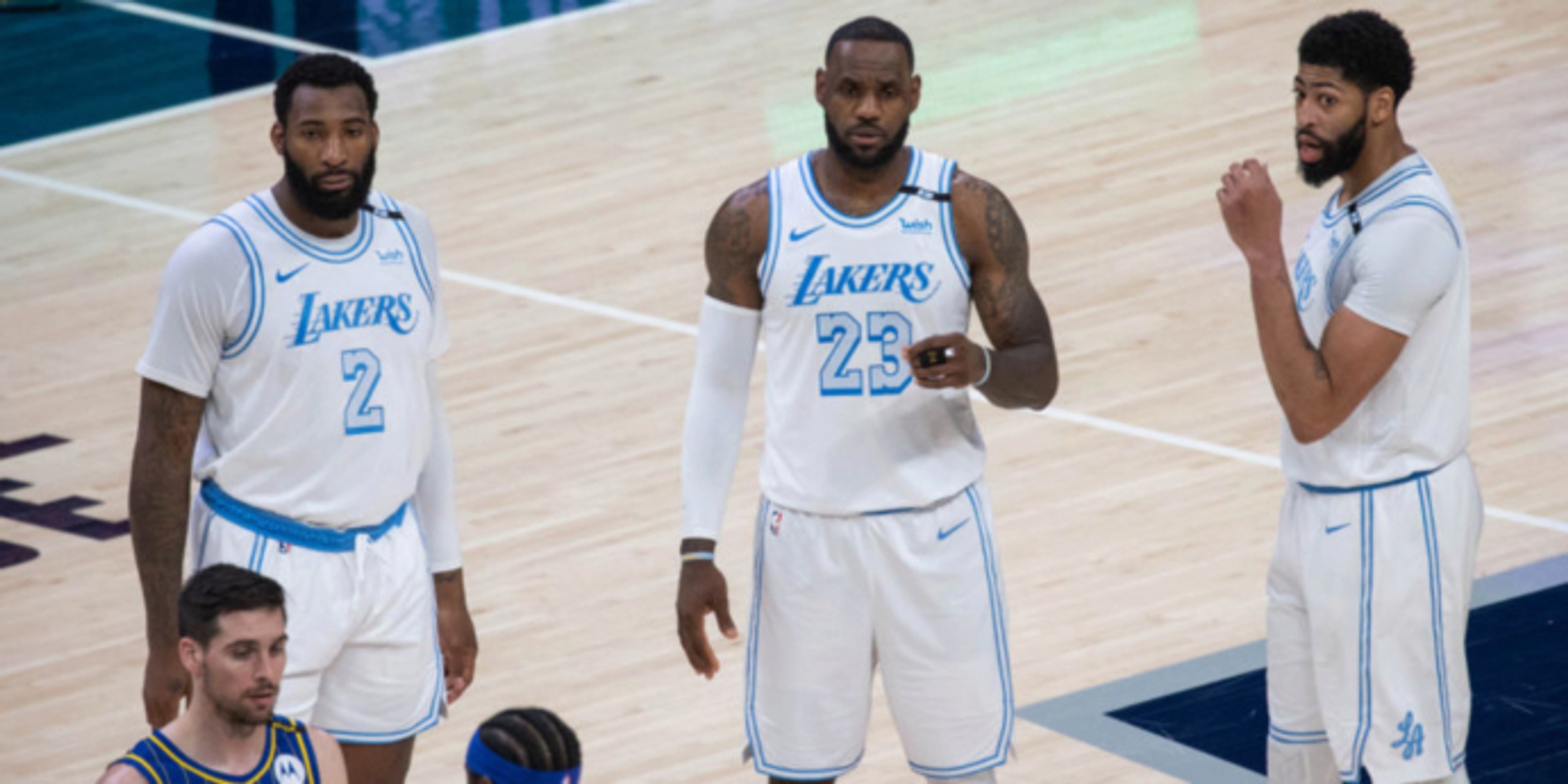 Are the Lakers still the favorites to win the West?

Entering the season, it seemed like a foregone conclusion that the Los Angeles Lakers would advance to the NBA Finals.

The defending champions brought back their core and then “won” the offseason, adding Dennis Schroder, Montrezl Harrell, Marc Gasol and Wes Matthews. After the trade deadline, they also signed former All-Star center Andre Drummond off the buyout market.

Another deep playoff run felt inevitable. Then, LeBron James and Anthony Davis were sidelined due to injuries, sending the squad into a tailspin. The Lakers went from jockeying for the No. 1 seed in the Western Conference to desperately trying to avoid the play-in tournament.

James and Davis returned to the lineup recently, but it was a bit too late: Los Angeles is the seventh seed and must face the Golden State Warriors in the play-in tournament on Wednesday.

Given everything they've been through this season, are the seventh-seeded Lakers still the favorite to come out of the Western Conference?

If the Lakers fail to make it out of the West, their lack of chemistry and continuity could be the biggest culprit. Despite the talent of Davis and James, the fact of the matter is that both stars -- in addition to key role players -- have been in and out of the lineup. Dennis Schroder was out for 14 days due to the NBA's health-and-safety protocols, and while he’s back, he is still limited from a conditioning standpoint.

Even for someone as durable as James, it still takes some time to get re-acclimated and back into a rhythm. James was out for 40 days due to his ankle injury, which was the longest he's ever been sidelined during his NBA career. He returned for two games at the start of this month, then reaggravated the injury, which caused him to miss another two weeks.

"I don't think I will ever get back to 100% in my career," James said earlier this month, adding that returning to 100% will be "impossible."

In the four games that James has played since March 21, the Lakers are 2-2 (with losses to the Sacramento Kings and Toronto Raptors). And while L.A. got a much-needed win over the Pacers this weekend, it’s not like they ran away with the game. The Pacers kept getting back into the game and with three minutes left, the Lakers saw their 14-point lead shrink to only three. This was due to breakdowns on defense, which are a byproduct of players being in and out of the lineup.

The Lakers have used 25 different starting lineups this season, and their preferred lineup of Schroder, Kentavious Caldwell-Pope, James, Davis and Drummond has started just three games together. 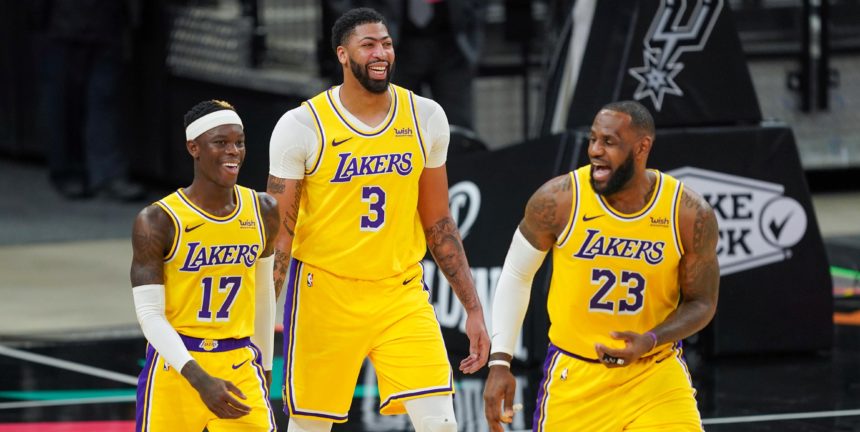 James and Davis have played just 26 games together this season. And neither superstar has gotten a chance to develop great chemistry with Drummond; James has played just four games with his starting center, compared to Davis’ 13 games with Drummond.

One positive of James, Davis and Schroder missing time is that it gave key role players an opportunity to step up and get valuable reps. Players such as Talen Horton-Tucker and Alex Caruso started a handful of games and played significantly more minutes than usual, which could benefit them.

Competing in the play-in tournament isn’t ideal, but the Lakers must make the most of it by using the additional game(s) to further improve their chemistry before their playoff run begins.

Despite their lack of continuity, the Lakers are still insanely talented. James and Davis may be the best one-two punch in the NBA, and Los Angeles has a strong supporting cast too.

And even with so many key players missing games, they still finished the season with the NBA's top-ranked defense (allowing just 104.9 points per 100 possessions).

The Lakers are still the favorites to win the Western Conference (+230), and they have the second-best odds of winning the title (+475) behind only the Brooklyn Nets (+100).

The Nets and Lakers find themselves in a similar position. Like the Lakers, Brooklyn is stacked on paper and many people expect them to advance to the NBA Finals. However, Kevin Durant, James Harden and Kyrie Irving have played just eight games together, and the Nets have used 37 different starting lineups this season.

Sometimes, the game just comes down to which team is more talented, which is why the Nets and Lakers will be an interesting case study this postseason.

Right now, the Lakers are as healthy as they are going to get. While they've had a rough couple of months, it could've been worse. At least they got everyone back in time for the postseason.

Securing the sixth seed and getting a few days of rest would’ve been ideal, but instead the Lakers must take care of business in the play-in tournament. They will face the Warriors on Wednesday at 10 p.m. ET.

If the Lakers win on Wednesday, they'll be the seventh seed and face the second-seeded Phoenix Suns in the first round. If they lose, they'd need to defeat the winner of the Spurs-Grizzlies game to earn the eighth seed and a first-round matchup with the top-seeded Utah Jazz.