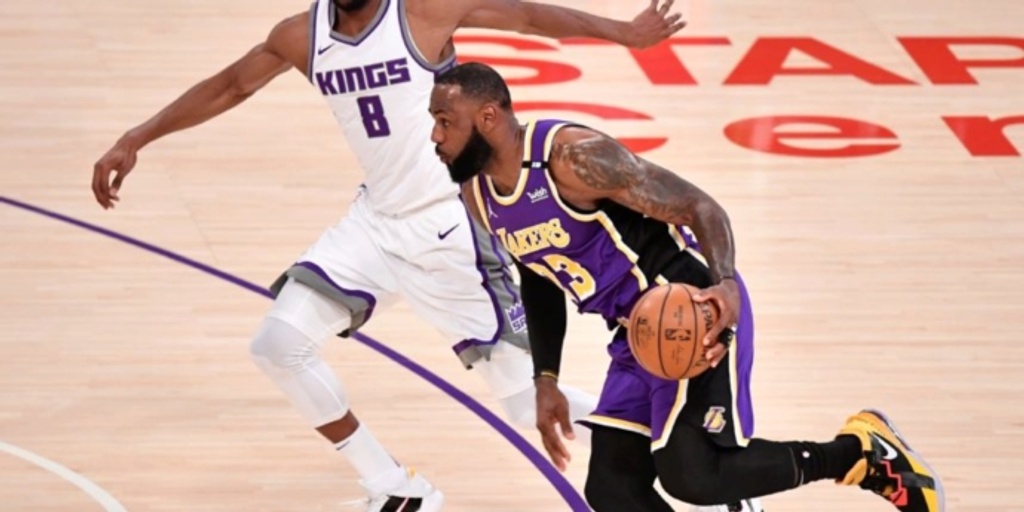 After the Los Angeles Lakers lost 110-106 to Sacramento on Friday, LeBron James had some sobering comments about his return.

"It's been urgency for me to get back ever since I got injured. So that's just who I am," he said postgame. "You guys could have seen the logging of the minutes and hours per day that I was doing as far as rehab and treatment, it was a lot more than I slept. So over the last six weeks, that's all I've been doing, is having an urgency to get back and play.

ANALYSIS: James had been out since March 20 with an ankle injury before making his return to the court last night. But in his 18th season in the NBA, James realizes that his various injuries may have a lasting impact on his body.

The superstar has been one of the more durable players across the league during his career; 2020-21 will mark the second time that James plays less than 60 games on the schedule. He has played just 42 games this season for the Lakers, who currently rank fifth in the Western Conference.