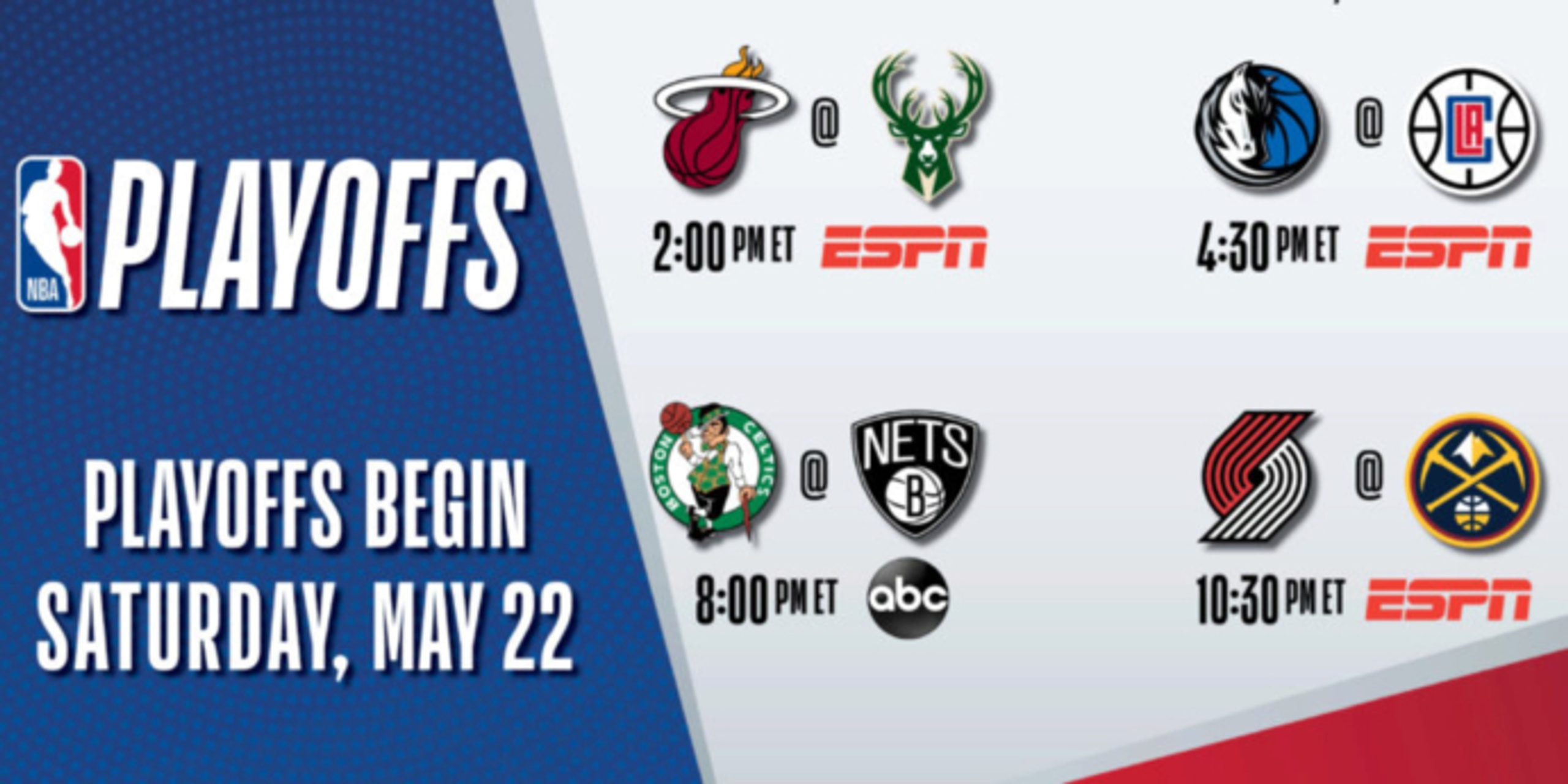 With the first two games of the NBA Play-In Tournament decided, we now know how the opening day of the playoffs will shape up. The league announced the four matchups that will kick off the postseason following the results of Tuesday night's contests.

The NBA Playoffs begin Saturday, May 22 at 2 p.m. ET with a highly anticipated rematch series between the Milwaukee Bucks (3) and Miami Heat (6), followed by another postseason rivalry renewed with the Los Angeles Clippers (4) and Dallas Mavericks (5) at 4:30 p.m. ET.

The Boston Celtics (7) will pay a visit to their old friend Kyrie Irving and the Brooklyn Nets (2) at Barclays Center at 8 p.m. ET, and the nightcap will feature a clash of Northwest Division foes in the Denver Nuggets (3) and Portland Trail Blazers (6) in the Mile High City at 10:30 p.m. ET.