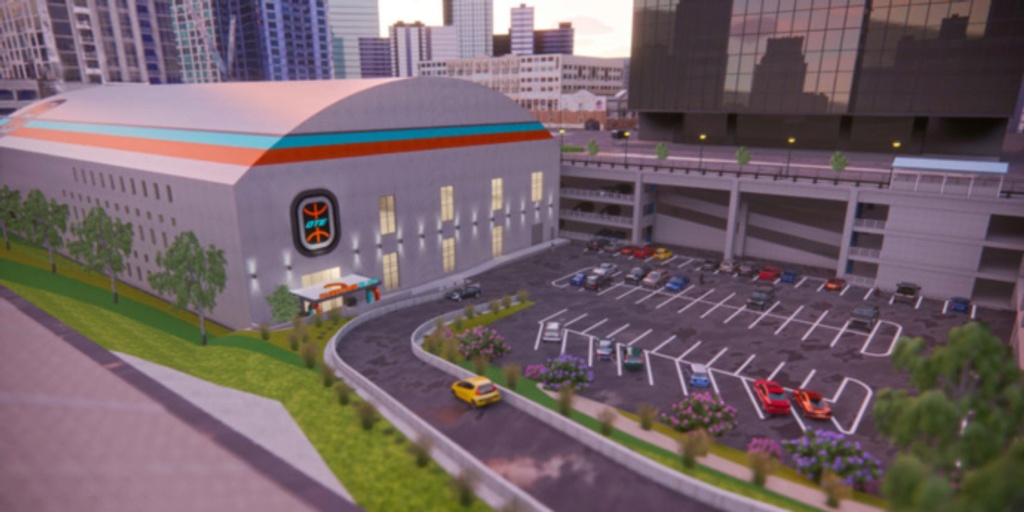 Overtime Elite selects Atlanta as its home, will begin play in September

Transformative new sports league OTE (Overtime Elite) announced today that it has selected Atlanta as its home. OTE selected the city of Atlanta after a year-long search, during which league officials visited and studied eight cities across the United States. OTE, which offers the world’s most talented young basketball players a better pathway to becoming professional athletes, begins playing in Atlanta this September.

“If we could construct a city that would be the perfect home for Overtime Elite, it would look just like Atlanta,” said Overtime Elite Commissioner and President Aaron Ryan. “The city’s storied basketball history, diverse population, vibrant business community and rich culture make Atlanta a special place. OTE is looking forward to being an active contributor to the community.”

OTE is committed to building an inclusive, diverse and equitable workforce, with a focus on hiring among communities of color and on employing people who live within Atlanta’s city limits. The league is actively recruiting and hiring a staff of more than 100 people in the city, including basketball staff, educators, residential staff, food service, and additional support staff. OTE has already begun building its senior leadership team in Atlanta; the league’s Head of Basketball Operations, Brandon Williams, and its Head of Talent and Recruiting, Kali Franklin, both live in the metro area. Individuals interested in career opportunities with OTE should visit LinkedIn for additional information.

“This exciting announcement underscores that Atlanta is still a great place to do business. Overtime Elite will bring several well-paying jobs to our city, generate millions of dollars in economic impact and expand mentorship and programming opportunities for our young people,” said Atlanta Mayor Keisha Lance Bottoms. “We are pleased that Overtime Elite has chosen Atlanta to be its permanent home, and we look forward to welcoming the next generation of basketball stars to our city.”

Planning is underway on construction of a brand-new 103,000-square-foot facility in the city’s Atlantic Station neighborhood, where OTE’s players will train, study and compete. This project will create up to 400 construction jobs in metro Atlanta, at least 30% of which will be diverse and people of color.

To maximize efficiency and reduce waste, the structure will be built using recycled and reused components, with an energy-efficient HVAC system and green-compliant LED lighting system and outer covering. The facility will be completed in time for the league’s September debut. Larry Serota, Clark Dean and Clark Seydel of Transwestern led market exploration, site selection, and transaction-structuring for OTE.

“Overtime Elite is a welcome addition to Atlanta’s rich sports tradition, elevating the city as a global center for basketball development and a cultural hub for people of all backgrounds,” said Atlanta Hawks player and Overtime investor Trae Young.

OTE leadership has long standing personal and professional relationships within the Atlanta Hawks organization, with a deep respect for the team’s long history in the city and the role they have played to create positive change in the community. Similarly, OTE has been inspired by the impact that the Atlanta Dream and its players have had over the past year in using their voices to increase voter participation in the 2020 election.

“Overtime Elite is a project that will bring long-time benefits to the city of Atlanta, not only economically, but it will teach our young people about empowerment and competing from a position of strength,” said Michael Render, aka Killer Mike, Atlanta-based rapper, entrepreneur, songwriter, actor, and activist.

Overtime Elite provides a comprehensive accelerator for elite players’ professional careers, preparing them for the next level in a way not possible in an ordinary high school environment. The league offers a year-round development program combining world-class coaching, cutting-edge sports science and performance technologies, top-notch facilities, and a rigorous, highly personalized academic program that energizes and enhances each athlete’s journey from proficiency to pro.

The league directly addresses one of the biggest issues in global sports: compensation of amateur athletes. Every single OTE player will earn a six-figure salary, with a guaranteed minimum salary of more than $100,000 per year, plus bonuses and shares of equity in Overtime. In addition, players will participate in revenue from use of their name, image and likeness, including through sales of custom jerseys, trading cards, video games and NFTs.

Players will participate in a robust, accredited academic program that’s highly tailored to their individual needs, with a special emphasis on developing the life skills necessary to manage and sustain a successful pro sports career. OTE will offer a direct-instruction model led by individual instructors who teach both one-on-one and in small group sessions featuring a 4:1 student-teacher ratio. OTE will supplement a traditional course offering with a focus on skills like financial literacy, media training and social justice advocacy, all of which help athletes better prepare for the pressures that come with stardom and the opportunities that come with being a role model.