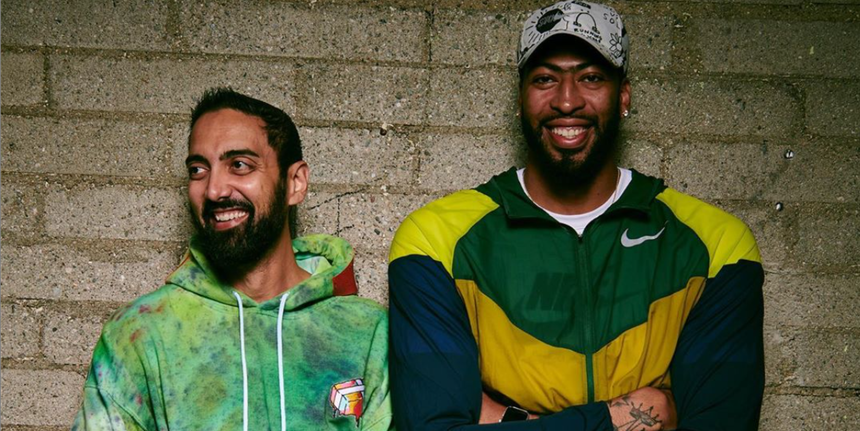 Alex Kennedy is joined by Ronnie Singh (AKA Ronnie2K). Ronnie discusses his career, NBA 2K21, the shot meter, what NBA 2K will look like in 10 years, meeting celebrities who love the game, how players react to their NBA 2K rating, his new sneaker series (Ronnie2Kicks) and much more! This episode is sponsored by GreenSupply.com. Here are the time-stamps:

:40: Ronnie talks about how crazy the last few weeks have been since NBA 2K21 just launched.

1:50: There's been a lot of talk about NBA 2K21's shot meter. Ronnie discusses how NBA 2K21 has addressed this and the challenges that come with making a game that appeals to both casual players and long-time consumers.

3:20: NBA 2K hired Ronnie because he was constantly posting on an NBA 2K forum. He talks about how that experience helps him interact with fans now, since he used to be in their shoes.

4:20: Damian Lillard is on the cover of NBA 2K21. Ronnie discusses his relationship with Lillard and what it was like working with the Portland Trail Blazers point guard as this year's cover athlete.

6:35: How does NBA 2K decide what to add to the game each year? And is there any concern that changing the game too much might upset long-time fans?

10:55: Ronnie opens up about his unique career path and what he did before landing at NBA 2K.

12:50: Ronnie discusses the biggest misconceptions about his job or working at NBA 2K in general.

16:00: Now that Ronnie has millions of social-media followers, how has being in the public eye changed his life?

18:25: Many celebrities are fans of NBA 2K, so Ronnie gets to interact with a lot of interesting people. He shares some of his celebrity stories.

21:05: NBA players are competitive when it comes to their 2K rating. Ronnie talks about when that became a thing and how players are constantly reaching out to him about their rating.

27:10: Ronnie walks through what he does during a typical work day.

31:35: Ronnie and NBA 2K have worked with the Make-a-Wish Foundation over the last few years, inviting a number of children to the NBA 2K studio and putting them in the game.

35:35: A few months ago, Kevin Durant, Devin Booker, Trae Young and Co. competed in the first-ever NBA 2K Players Tournament. Booker ended up winning. Does NBA 2K plan on doing more player tournaments in the future or was that a one-time thing because of COVID?