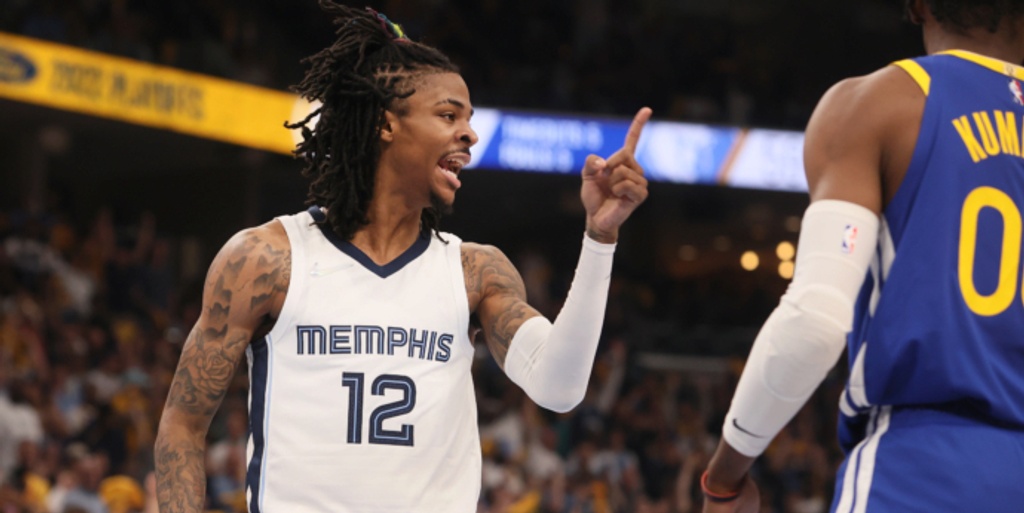 The NBA released its full regular-season schedule Wednesday afternoon, and the collective public had absolutely no idea what games were coming!

The schedule release announcement had more leaks than a pre-Flex Seal screen boat. Now that the full picture is out in the open, we can break down the marquee matchups of the season and piece together a timeline of games to watch should injuries be avoided and fortune fall our way.

Opening night of the 2022-23 regular season is Oct. 18. It features an Eastern Conference showdown between the Boston Celtics and Philadelphia 76ers at 7:30 p.m. ET, followed by Los Angeles Lakers vs. Golden State Warriors at 10 p.m. ET, and kicks off a week where several different squads dot the national TV landscape.

The first week of the season will feature 11 national television games across three networks, including two doubleheaders each on TNT and ESPN and three games on NBA TV. pic.twitter.com/O9So5il0Cs

We already knew about many of these games, though, and we were already aware of the loaded Christmas Day slate from prior reports. I'm going to gloss over those and highlight some of the more recent takeaways from Wednesday's unveiling.

One of the primary areas of interest with schedule releases is the breakdown of nationally-televised games. Brett Siegel of SI Fastbreak tallied up the national schedules for each team, and I went back to last year's count from UPROXX's Bill DiFillippo to check out the shifts.

The Memphis Grizzlies have skyrocketed up the league market landscape. They're appearing in 28 national TV games, far more than double the 11 they had in 2021-22. Ja Morant's social-media impact is well-documented, and it seems the NBA wants to put him and the exciting young Grizzlies in the spotlight.

Memphis saw the largest bump, but the Minnesota Timberwolves were close behind, quadrupling their national broadcast schedule with 16 games compared to four last season. It's understandable; Minnesota has a walking highlight player in Anthony Edwards, and the franchise made the largest addition to date this summer by trading for Rudy Gobert.

Also on the rise are the Cleveland Cavaliers. Their nine national TV games are small in the grand scheme of the league, but Cleveland only had four such appearances on last season's initial schedule drop and zero outside of NBA TV. This season, the Cavs add three showings on ESPN and two on TNT, and Darius Garland, Evan Mobley and Jarrett Allen should make for some electric primetime showcases.

Meanwhile, the New Yorks Knicks' national schedule took a nosedive after they failed to back up a 2021 playoff appearance. New York has just 16 such games on the calendar right now vs. 29 of those contests a year ago. But one broadcast matchup has already captured attention — a Nov. 15 contest against the Utah Jazz on TNT. What's the implication of this scheduling given the swirling trade rumors around Donovan Mitchell?

Speaking of the Jazz — Utah won't be on nearly as many screens around the country. The Jazz went from 28 national TV games in 2021-22 to four this upcoming season. Yeesh.

The Golden State Warriors earned a league-high 42 nationally-televised games, beating out the Lakers (39), Celtics (37), 76ers (34) and Phoenix Suns (34). Every team has at least one game on a national cable station this season after four squads were confined to NBA TV last year.

After another frenetic offseason, seeing stars face their former teams always makes for entertainment. Rudy Gobert and the Timberwolves host the Jazz on Oct. 21, and they'll travel to Utah for the first time Dec. 9. New Atlanta Hawks guard Dejounte Murray will host the San Antonio Spurs on Feb. 11 and visits the Lone Star State on March 19.

Folks are still waiting to see Ben Simmons return to Philadelphia (and an NBA court in general). The 76ers and Brooklyn Nets face off several times as divisional opponents: Nov. 22 (at Philly), Jan. 25 (at Philly), Feb. 11 (at Brooklyn) and April 9 (at Brooklyn). Feb. 11 will also mark James Harden's first game on the road against his former team in the Nets.

In a battle of this year's top-two draft picks facing off, Paolo Banchero and the Orlando Magic will hit the road to take on Chet Holmgren and the Oklahoma City Thunder on Nov. 1, and that game will be televised on TNT.

Lastly, travel is always a key component of understanding the league schedule. Every squad has between 12 and 15 total back-to-back situations this season, and teams will travel about 5% fewer miles than in 2021-22. Here's a team-by-team breakdown from Ed Küpfer:

We still have two months to nitpick these schedules to infinity, but it's a good reminder that the NBA regular season is circling back around at a brisk pace.