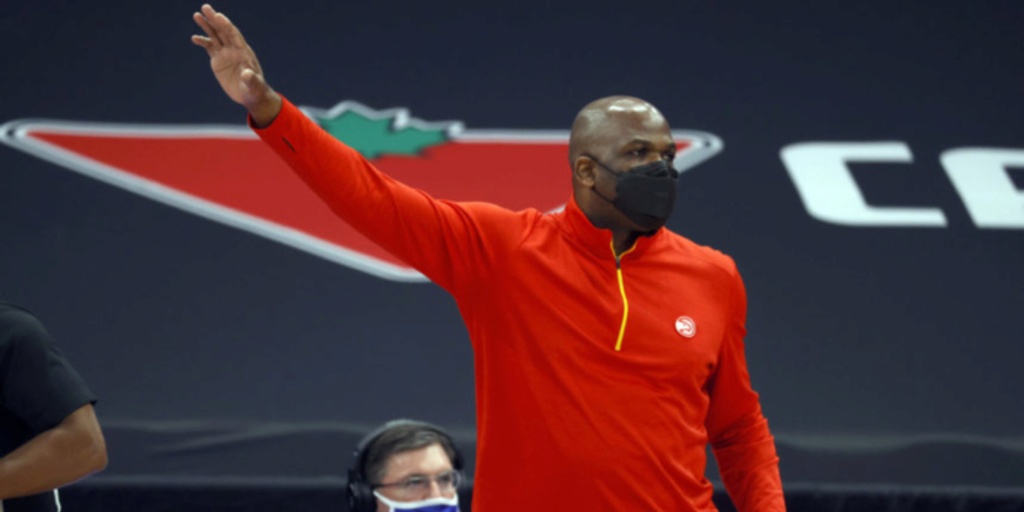 Nate McMillan moves to 8-0 as the Atlanta Hawks’ interim coach, tied for fourth in the East at 22-20. So far, McMillan’s making a strong case to keep this job beyond the season.

ANALYSIS: After Atlanta dismissed head coach Lloyd Pierce midway through the season, there was some uncertainty whether Nate McMillan would take the interim position because of the respect he had for Pierce. However, McMillan ultimately accepted the job and now he has the Hawks on an eight-game winning streak (including wins over the L.A. Lakers, Miami Heat and Toronto Raptors among others).

Atlanta is about to be tested, as they just started an eight-game road trip. They kicked things off with a victory over the Lakers and although Los Angeles ended the game without LeBron James, who exited the court with a high-ankle sprain, the Hawks looked good on both ends of the floor, winning 99-94.

Now, Atlanta will face the L.A. Clippers, Denver Nuggets, Phoenix Suns and San Antonio Spurs among others during this Western-Conference road trip.

During this eight-game winning streak, the Hawks have been winning with a balanced attack. Trae Young has averaged 22.4 points, 9.1 assists, 3.4 rebounds and 2.5 threes during this stretch, but he's getting a lot of help from John Collins (18.6 points, 8.9 rebounds), Danilo Gallinari (17.6 points, 6.1 rebounds, 3.3 threes, 48.1% from deep) and Clint Capela (11.4 points, 14.8 rebounds, 2.2 blocks) among others. Atlanta has battled injuries for much of the season, but we're finally seeing this team get closer to full strength.

It's unclear what Atlanta plans to do in regards to their open head coaching position this offseason, but if McMillan continues to impress, it's possible they'll keep him and remove his interim tag.